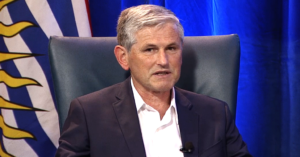 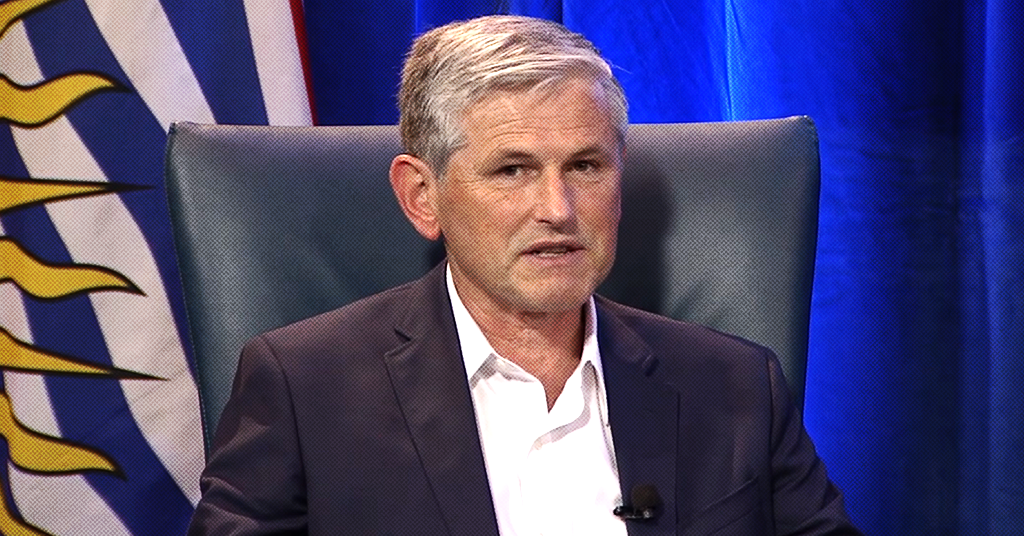 The BC Liberals’ Very Bad Year in Review: From Leaked Zoom Videos to Getting Banned From Pride

Let’s just say the most exciting moment for BC Liberal leader Andrew Wilkinson was when he spotted a truck carrying logs.

Yes, it was that kind of year. After a disastrous election campaign that saw the party plummet from 41 to 28 seats in the legislature, leader Andrew Wilkinson announced in November he was stepping down to make way for an interim leader.

BC Liberal MLA Shirley Bond will lead the party until it holds a leadership election to select a permanent replacement. Pundits observe that the right-wing party is in the middle of an existential crisis that could plunge it into “political annihilatios.”

Here’s a recap of how things went so wrong for BC’s “free enterprise coalition” over the past 12 months:

Ghosts of Rich Coleman’s past

Since the beginning of this year, new information has come to light about the BC Liberals’ failure to tackle criminal money laundering during their time in power.

Back in January, Global News obtained documents showing the BC Liberals shut down a police unit tasked with tackling illegal gaming even after it learned that an individual with suspected links to organized crime bought a stake in a casino owned by the BC Lottery Corp.

Coleman, who retired from politics before this fall’s election, has previously denied he turned a blind eye to money laundering, and has not yet spoken to the commission.

Wilkinson no doubt worsened his party’s fortunes this year through a series of insensitive comments about vulnerable and marginalized groups.

In February, the BC Liberal leader dismissed the BC NDP’s plan to introduce five days paid leave from work for domestic abuse survivors by describing those fleeing abuse as people in a “tough marriage.”

After the coronavirus pandemic hit, Wilkinson took aim at measures designed to protect struggling renters, calling a temporary ban on evictions “a formula for trouble” that could lead to “instability” or a “fight.”

A month later, Wilkinson suggested those fleeing political violence and unrest in Hong Kong might feel that BC is “not a safe place” to settle because of taxes and corporate regulations.

After a rocky start to the year, the BC Liberals went into a tailspin after PressProgress revealed in June that more than a dozen Liberal MLAs had billed taxpayers more than $1,700 for ads in a magazine, called “The Light,” that regularly publishes hardline anti-LGBTQ content.

In response, Wilkinson indicated the party would be “taking immediate steps” to review his party’s advertising policy.

However, just over a week later, BC Liberal MLA Marvin Hunt’s ads appeared again in the magazine. Socially conservative MLA Laurie Throness, meanwhile, told reporters he planned to continue supporting the magazine despite his own leader’s rules, and offered a defence of conversion therapy — an abusive and unscientific practice that seeks to change an LGBTQ person’s sexuality or gender.

Although the party ignored calls to remove Throness from the BC Liberal caucus during the summer, it did part ways with Throness’ riding association president, Susan Mathies, after PressProgress asked questions about her anti-LGBTQ rants on Facebook.

After such a tumultuous summer, it’s probably not surprising the BC Liberals struggled to gain traction on the election campaign trail.

The party launched their campaign by spreading fear about homeless people, with Wilkinson describing a homeless encampment in Vancouver as a “street phenomenon of people who are out of control.”

The BC Liberals’ flagship campaign promise to cut the provincial sales tax for one year — before bringing it back to 3% in subsequent years — was panned by economists for containing a $1 billion costing error that would likely have resulted in devastating cuts to public services.

The party’s campaign also suffered a series of embarrassing gaffes and revelations.

BC Liberal activists in Nanaimo deleted their own candidate’s Facebook page after PressProgress reported that followers of a local news page had been tricked into following the candidate’s partisan content. The party’s headquarters, meanwhile, ran 47 misleading ads using digitally altered images of a local newspaper.

PressProgress also revealed a BC Liberal candidate had voted against a town council amendment recognizing that “humans activities” are causing climate change, and that longtime MLA John Rustad had sent a “supportive” email to a Vancouver-area COVID-19 conspiracy theorist back in May.

During a “virtual roast” event held in honour of retiring BC Liberal MLA Ralph Sultan, Thornthwaite said “Bowinn is, you know, a very pretty lady, and she knows that she’s got it,” adding that Ma “knows how to get Ralph going.”

While the objectifying comments drew cross-partisan condemnation, one BC Liberal candidate, Jon Ellacott, suggested the remarks were just a “joke.”

But that wasn’t the party’s only Zoom-recorded sexist gaffe during the election.

Laurie Throness, who had received an endorsement from the leader of the Christian Heritage Party for his hardline socially conservative views, resigned from the BC Liberals after a video emerged of him comparing birth control to “eugenics” during a virtual town hall event.

‘Burn it all down’

In the wake of the BC Liberals’ crushing election defeat, members were recently invited to participate in a town hall to discuss the party’s future. One member, named Anthony, gave a candid assessment of how the BC Liberals should recover:

“Christy Clark and Rich Coleman, I think if anything, they have torpedoed the Liberal Party. We have to burn it all down, start from square one. We have to change the name. I don’t know if you want to call it ‘Conservative Party’? ‘Conservative Alliance Party’? I don’t know what you want to call it, but the old Liberal stuff, you have to burn it to the ground and start from square one.”