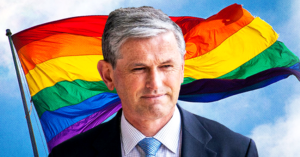 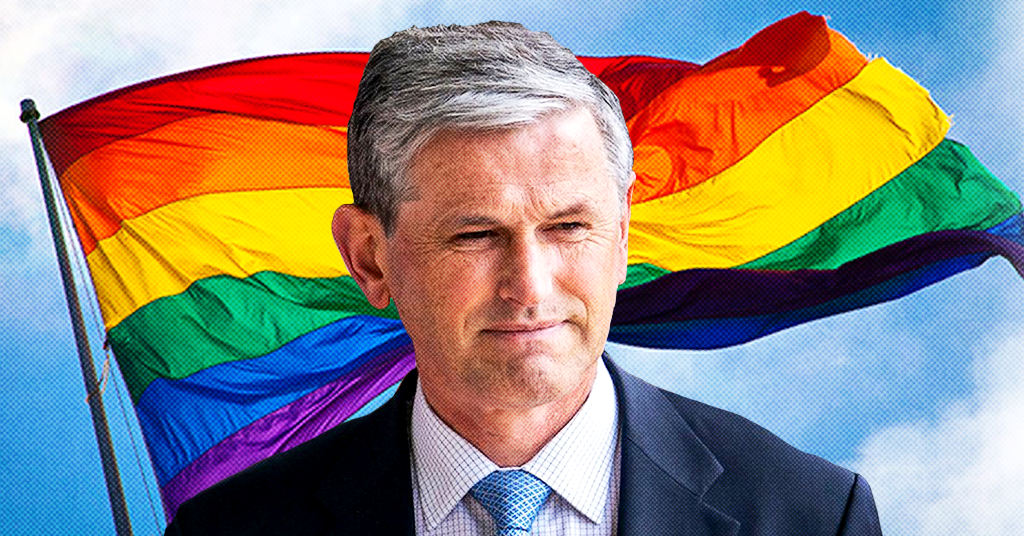 Andrew Wilkinson’s BC Liberals have been condemned by a second Pride parade society after BC Liberal MLA Laurie Throness publicly defended conversion therapy and expressed his support for anti-LGBTQ views.

A few weeks ago, PressProgress was first to report that Throness and a dozen other BC Liberal MLAs had spent thousands of public tax dollars on ads in an anti-LGBTQ magazine alongside articles condemning conversion therapy and abortion.

Throness, the MLA for Chilliwack–Hope, has a long and well-documented history advocating hardline social conservative views. In recent years, he’s shared a stage with anti-abortion activists and opposed the SOGI-123 anti-bullying initiative.

Last week, Vancouver’s Pride Society issued a statement warning the BC Liberals that they will be banned from future Pride parades unless action was taken against Throness after the MLA publicly contradicted party leader Andrew Wilkinson and vowed to continue spending tax dollars on ads in the anti-LGBTQ magazine.

“In correspondence today, the Vancouver Pride Society informed the BC Liberal Party that if action is not taken, they will be excluded from participation in the parade,” Vancouver Pride said in its statement.

We will revoke parade status of BC Liberals if necessary action is not taken to make it clear that their organization does not tolerate homophobia and transphobia.https://t.co/zYPHYId1M7

The BC Liberals responded by reiterating that their MLAs would no longer spend tax dollars on advertising in socially conservative magazines — although that pledge is too little too late for some Pride organizers.

In new a statement issued on Monday to PressProgress, Victoria’s Pride Society echoed Vancouver Pride’s warning to the BC Liberals.

A spokesperson said that any future application from the BC Liberals to participate in Victoria’s Pride Parade would be “affected by a demonstrated tolerance within the Party for homophobic and transphobic views.”

“Victoria Pride is disturbed to learn that BC Liberal MLAs have been advertising in a publication that also provides platform to anti-trans viewpoints and supports the extremely harmful practice of conversion therapy that targets LGBTQ2 people.

While we welcome Leader Andrew Wilkinson’s statements that this advertising will cease and homophobia and transphobia have no place in the BC Liberal Party, we call on the Party to firmly demonstrate their allyship to the LGBTQ2 community through action and accountability. Homophobic and transphobic views, especially when supported by publicly elected officials, cause real harm …

We would like to make clear that any future applications to the Victoria Pride Parade and Festival would be affected by a demonstrated tolerance within the Party for homophobic and transphobic views.”

The 2020 Victoria Pride Parade was hosted virtually on July 5.

Editor’s Note: The statement issued by Victoria’s Pride Society originally indicated that “the BC Liberals did not participate in the 2019 Victoria Pride Parade.”

Following publication of this story, Victoria Pride acknowledged this detail in their statement was “incorrect” and clarified that the BC Liberals “were allowed into the 2019 Victoria Pride Parade, but they were on probation because of bad behaviour.”

“It was from that behaviour from previous years,” Victoria Pride spokesperson Scott Daly told PressProgress. Daly said he could not immediately speak to specifics about the incidents, but said he spoke with a Victoria Pride board member and was able to confirm it related to a “BC Liberal representative” and “their behaviour towards some of our volunteers.”

“They were on sort of their last chance,” he explained. “This had been an issue not just one year, but multiple years. We review applications every year, so we take a lot of things into account whether it’s behaviour from past years and policies.”

“To clarify,” Daly added, “the BC Liberals were given a warning following unacceptable behaviour towards VPS volunteers.”

BC Liberal spokesperson Deanie Wong told PressProgress that “current Party staff are unaware of the ‘behaviour’ referred to by the Society” and would be “reaching out to the Society to understand their concerns.”

This story has been updated to reflect Victoria Pride’s clarification of its statement.