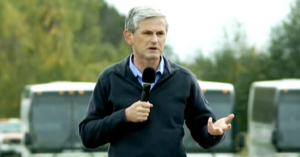 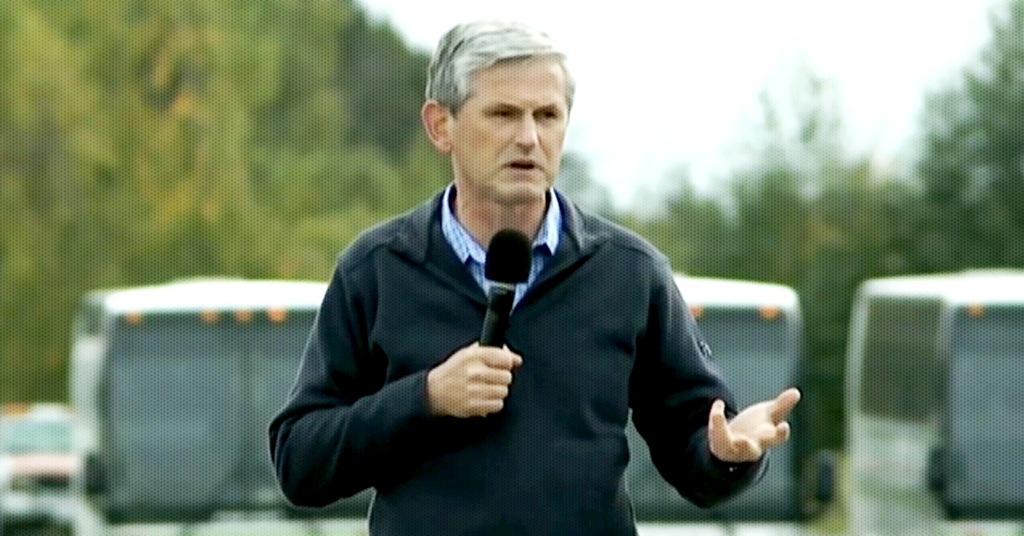 ‘Pull the Ad and Resign’: BC Liberals Under Fire For Using Harm Reduction Activist in Ad Demonizing Drug Users

BC Liberal candidate Sam Sullivan is facing calls to “resign” for misrepresenting the views of a harm reduction activist in a recent BC Liberal campaign video.

Sullivan, a former Vancouver mayor, recently released a two minute video accusing the BC NDP government of making his Vancouver-False Creek riding “less safe” after a safe injection site was opened in an upscale urban neighbourhood.

“Our neighbourhoods are less safe after the NDP government moved untreated, unsupported people with addictions into nearby hotels and community centres,” the BC Liberal candidate wrote on Facebook. 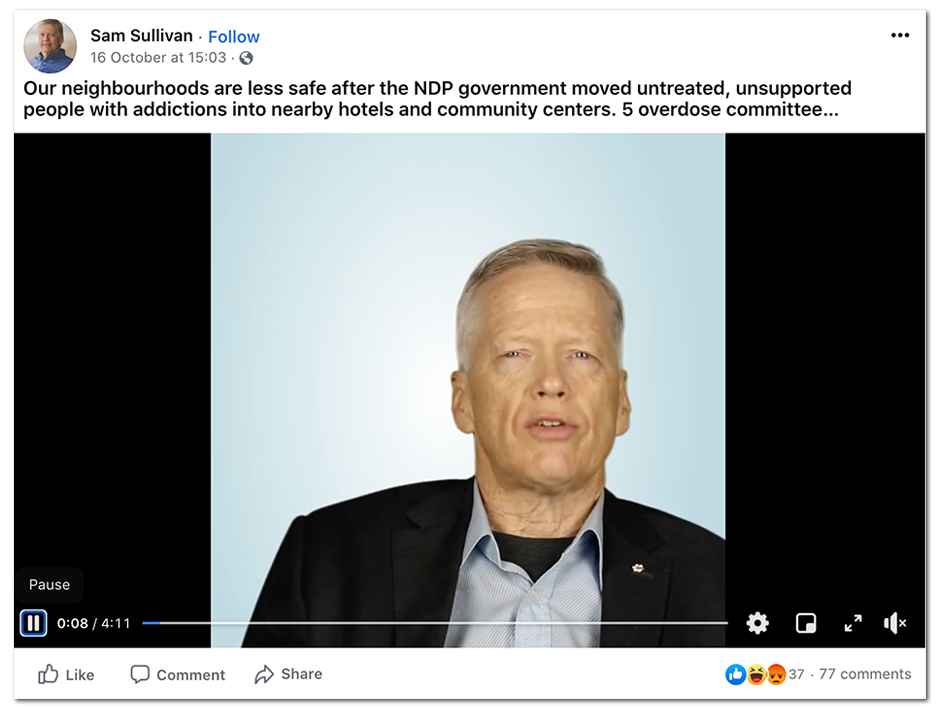 The ad quotes Garth Mullins, a local harm-reduction activist who recently resigned from a provincial overdose committee over the BC government’s handling of the province’s ongoing overdose crisis.

“I am not going to stand at an open hole digging a grave with John Horgan,” Mullins is quoted in Sullivan’s attack ad.

But Mullins says the BC Liberal candidate didn’t bother asking for permission to use his quote, particularly given his words were used out-of-context in a video attacking overdose prevention sites and demonizing members of his own community.

“Without my permission, my quote is being weaponized in a Sam Sullivan / BC Liberal campaign ad against (Overdose Prevention Sites),” Mullins tweeted.

“I am sure as f—k not gonna vote for the BC Liberals,” Mullins added.

“Using my own quote to attack my community is totally f—ked up,” Mullins said. “Apologize. Pull the ad. Resign. Delete your account”

You know full well I support overdose prevention in any / every neighbourhood. Using my own quote to attack my community is totally fucked up. Apologize. Pull the ad. Resign. Delete your account. https://t.co/TGVAr5bcbk

Mullins then tweeted a copy of a letter sent to BC Liberal leader Andrew Wilkinson, calling on him to take the ad down and remove Sullivan from the BC Liberal caucus.

“I am drug user activist and am well known for my support of this and all other overdose prevention sites. Sullivan’s misrepresentation of my position is defamatory and damaging,” Mullins wrote to Wilkinson.

“I do not support you, your campaign or the BC Liberals. Your party’s policies, in the 16 years you were in power, have directly led to the social problems we are dealing with today,” he continued.

“You should immediately remove Sullivan from the BC Liberal caucus and remove the ad from all social media.”

I wrote this letter to @Wilkinson4BC calling on him to remove @sam_sullivan‘s @bcliberals campaign ad where he misrepresented my words to support his opposition to an OPS. I also suggested removing Sullivan from caucus for being so crass about our dead. pic.twitter.com/HpXvykhBK1

In recent months, Sullivan and other BC Liberal candidates have promoted a group called Safer Vancouver, which criticizes harm reduction and posts photos on social media demonizing homeless people.

BC recorded its highest number of single-month overdose deaths last June and saw three consecutive months with more than 170 overdose deaths between May and July. The province’s overdose crisis was first declared a public health emergency in 2016 under former BC Liberal premier Christy Clark.

Mullins was one of four overdose committee members who resigned last August after BC Premier John Horgan suggested people who become addicted to opioids because of bad “choices.” Horgan apologized the next day.

Since the provincial election was called, the BC Liberals have attempted to leverage the issue by spreading fear and divisive rhetoric about homeless people and drug users in their campaign messaging.

Sullivan and several other BC Liberal candidates have promoted messaging from a hardine anti-harm reduction group called “Safer Vancouver,” whose spokesperson called drug users to “zombies” during a radio interview and suggested they be isolated from the rest of society on a boat in the Fraser River.

The BC Liberal candidate has also hosted several campaign Zoom sessions titled “Let Us Restore Safety in Vancouver-False Creek,” which have featured speakers from Safer Vancouver.

Amid a struggling election campaign, Wilkinson’s BC Liberals have repeatedly quoted crime statistics to attack the BC government’s current harm reduction policies.

That is until earlier this week, when more recent figures released by the Vancouver Police Department showed a drop in six key crime categories from August 2019 to August 2020.