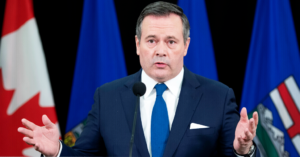 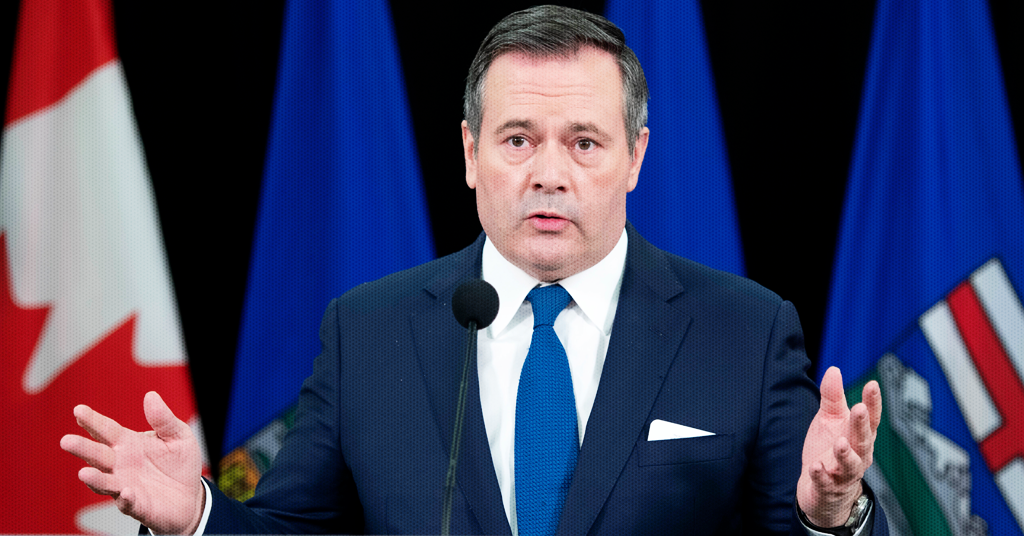 Jason Kenney’s so-called energy “war room” turned one year old in December, and even its own CEO admits  the war room has had a rocky year.

The Canadian Energy Centre, described by Kenney as a “war room” to wage battle against enemies of Alberta’s oil industry, is structured as a private corporation with a $30 million annual budget funded by taxpayers, a creative set-up that allows the war room to evade transparency laws on how it spends public tax dollars.

Those shadowy activities were enough to raise alarm bells for Alberta’s auditor general, who criticized the war room for doling out over a million dollars worth of sole-sourced contracts with little oversight.

Despite shielding the war room from public scrutiny, CEO Tom Olsen lamented in a year-end interview that the war room is misunderstood by the public: “There’s not a huge knowledge of what we do and how we do it and how we benefit the world.”

It hasn’t helped Olsen that the war room has repeatedly made headlines for spreading misinformation, accusing the New York Times of anti-Semitism and using a trademarked logo, not once but twice.

Amid calls to shut the war room down, Olsen’s team issued an infographic this month highlighting all the ways the war room has been “givener” in 2020. 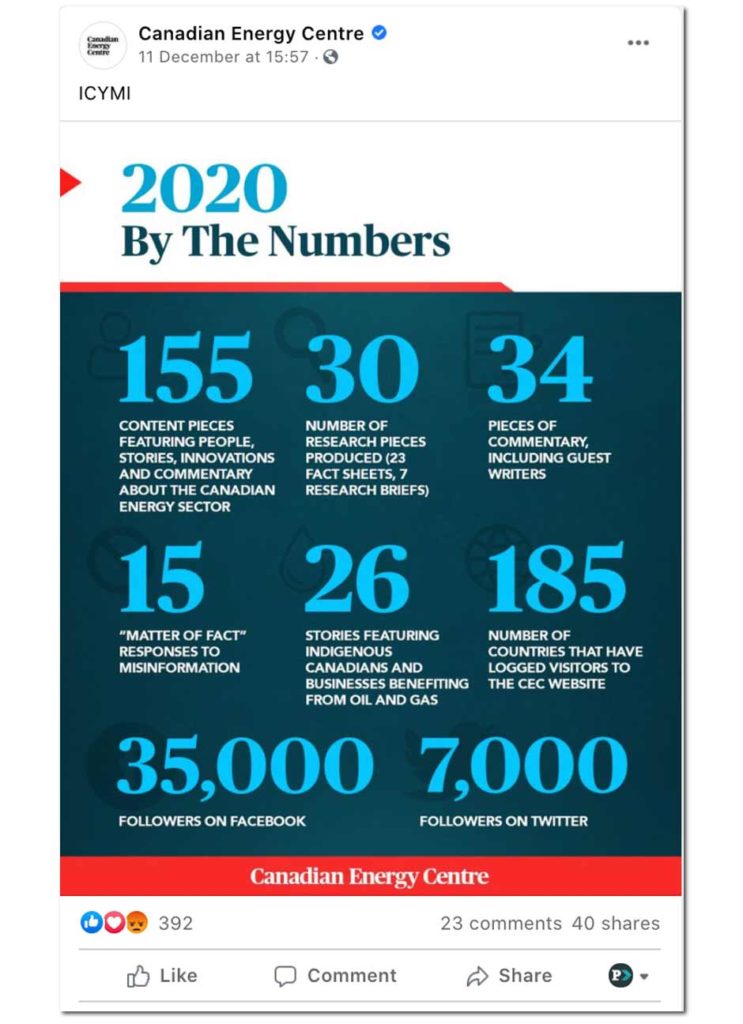 Although it does not indicate how many people actually read or interacted with the war room’s content, the infographic does provide some eyebrow-raising numbers revealing how little the war room accomplished with a multi-million dollar budget — even after Kenney temporarily reduced its budget by 90% amid the pandemic.

Here’s a closer look at some of the numbers:

The war room brags that it put out “155 content pieces featuring people, stories, innovations and commentary about the Canadian energy sector” in 2020.

To put the war room’s number into better context, the “rapid response” operation produced one piece of content every 2.3 days.

The multimillion dollar war room also boasts that it has “7,000” followers on Twitter.

This number is well below other groups that already do similar work, such as Oil Sands Action (69,000 followers) or the Canadian Association of Petroleum Producers (49,000), and it remains unclear whether anyone is getting the war room’s messages.

According to an analysis by PressProgress, in October the war room averaged only eight retweets per tweet. Of the 29 tweets the war room issued that month, 86% had fewer than 10 retweets and nearly 40% of its tweets had two retweets or fewer.

The war room also boasts that it has 35,000 followers on Facebook, equal to about 0.7% of Alberta’s population and placing it well below other right-wing actors on Facebook, despite having a significantly larger budget.

The group Oil Sands Action has nearly ten times that following on Facebook, while Alberta Proud is about five times larger.

Data from Facebook shows the war room has spent over $72,000 on ads over the last year. To give a sense of what kind of results that money is buying, the war room’s blogs received only 6,500 likes, comments or shares on Facebook in October.