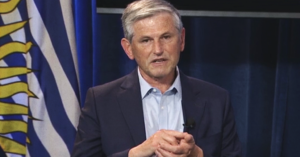 Andrew Wilkinson’s BC Liberals used a digitally-altered image of The Province newspaper’s front page for a recent series of partisan ads on Facebook.

Postmedia confirmed to PressProgress they were aware of the BC Liberal ads and said the media conglomerate’s legal department is currently looking into them.

Between September 26 to September 30, the BC Liberal Facebook page ran 47 ads displaying an altered image of The Province’s September 22 front page. 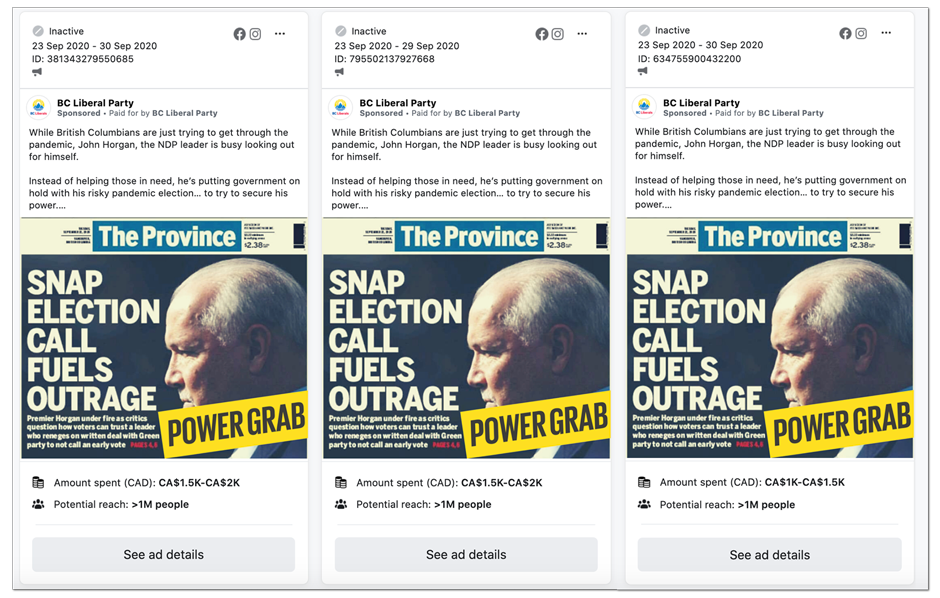 However, the image in the BC Liberal ad was digitally-altered to include an extra caption (“Power grab”) that appears nowhere in the original newspaper. 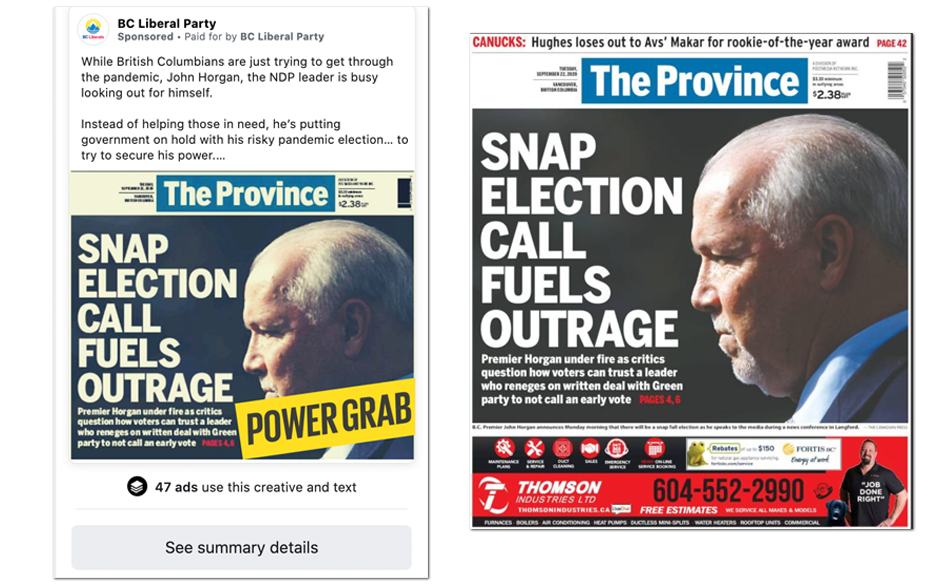 Targeting data disclosed by Facebook suggests the most likely group to see the ads were British Columbia men between the ages of 25-34.

In an email obtained by PressProgress, Postmedia’s licensing department told a member of the public that the company did not authorize the BC Liberals to use the image of The Province’s front page.

“We do not license any materials to political parties or politicians, so the front page of the September 22, 2020 issue of The Province newspaper was used without our authorization,” the email from Postmedia’s licensing department states.

“I forwarded your email to our Legal department for further handling.”

In a statement to PressProgress, Postmedia’s licensing department would only say that its “legal department” is currently “dealing with this.” 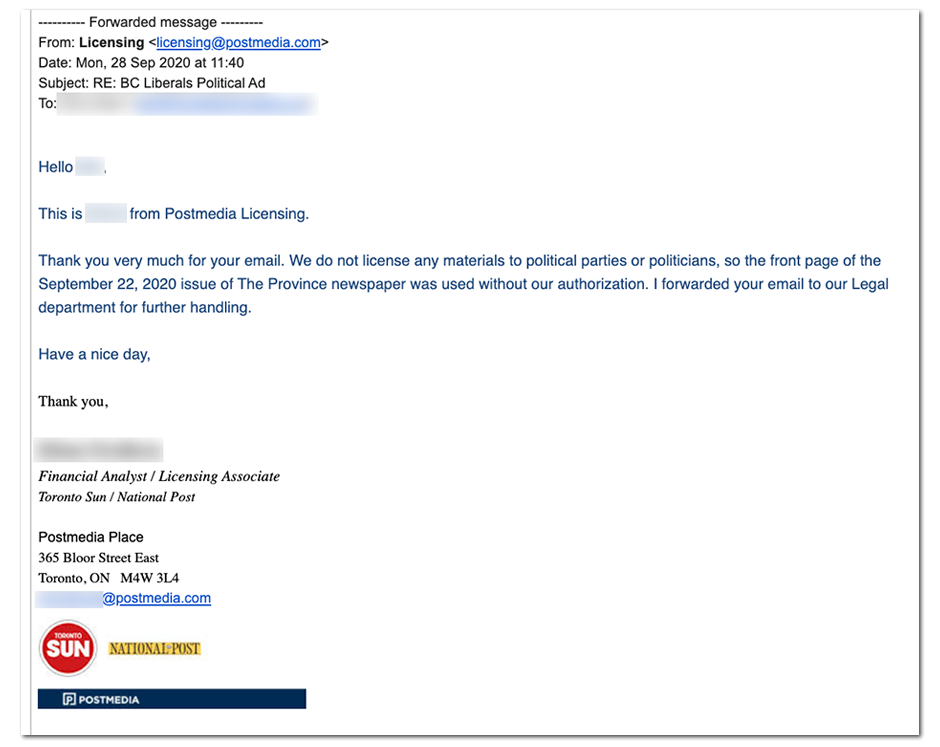 BC Liberal spokesperson Carlie Pochynok said the BC Liberals have been in contact with “Postmedia leadership,” but said Postmedia told her they were unaware their legal team was looking into it.

“I’ve actually spoken to Postmedia leadership about this today and they told me they aren’t aware of their legal team dealing with this,” the BC Liberal spokesperson told PressProgress.

Pochynok said she did not know why the BC Liberals and PressProgress were being told “two different things” by Postmedia.

The spokesperson did not provide any answer when asked why the BC Liberals manipulated the newspaper cover, but indicated Postmedia is satisfied “there is no issue because the ad was removed.”

The Province, Postmedia’s flagship newspaper in BC, has a long record of endorsing the BC Liberals during provincial elections.

In the lead up to the 2017 election, The Province’s editorial board endorsed Christy Clark’s BC Liberals, declaring: “The Liberals, under the leadership of Christy Clark, should continue to govern despite some errors.”