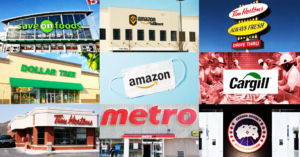 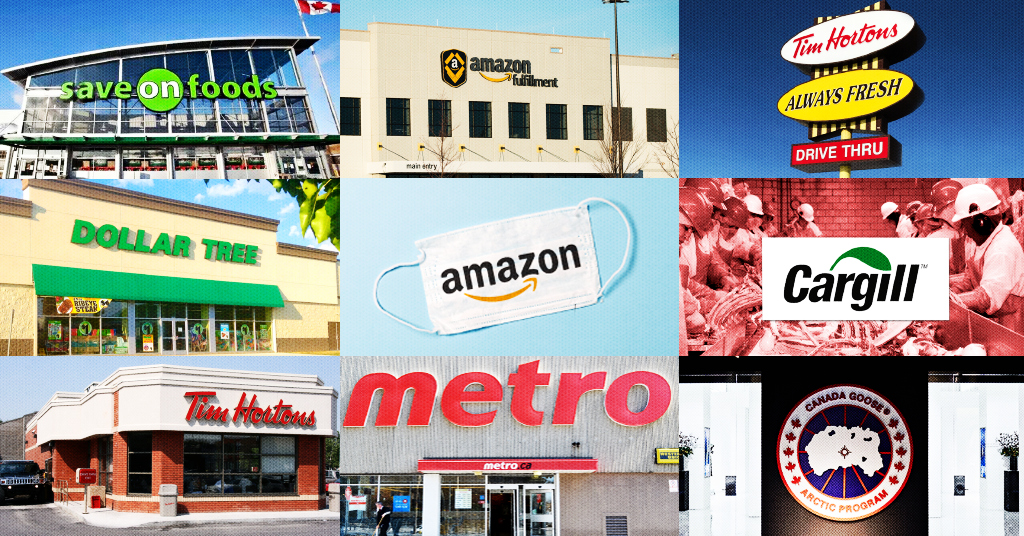 In 2020, Canadians learned that a deadly virus isn’t the only threat to the public during a global pandemic — it also had the effect of amplifying existing social and economic inequalities.

During the pandemic, PressProgress dug into stories about issues impacting workers and vulnerable Canadians. Through our COVID-19 Special Investigations series, we prioritized stories on topics that weren’t getting the attention they deserved from Canada’s old corporate media outlets.

Here’s seven examples of big corporations we held accountable in 2020:

In March, an exclusive investigation by PressProgress found Tim Hortons franchises were forcing workers to provide doctors’ notes to prove they were really sick just to take unpaid sick leave during the pandemic.

“You have five days a year and after that, you’re fired,” one Tim Hortons supervisor told PressProgress. “It’s common for minimum wage.”

PressProgress’ original reporting made an impact.

Not only did the hashtag “#BoycottTimHortons” trend number one across Canada, but the following week, Ontario Premier Doug Ford temporarily banned employers from asking for doctor’s notes during the pandemic.

“The Tories’ move comes amid widespread criticism directed at Tim Hortons, after the news agency PressProgress reported that some locations were requiring employees to get doctors’ notes in order to call in sick during the pandemic.,” reported the Canadian Press.

Tim Hortons also said it would create a $40 million fund to support sick workers during the pandemic in response to PressProgress‘ reporting.

Despite those assurances from Tim Hortons’ corporate head office, some franchises still did not appear to get the message.

Multiple managers at Tim Hortons franchises owned by UCP Municipal Affairs Minister Tracy Allard, who recently came under fire for vacationing in Hawaii while her province was in lockdown, told PressProgress they had been given no information about their sick leave policies during the pandemic.

Multiple managers at a UCP MLA’s Tim Hortons locations told us they’re “not sure” what their sick leave policies are during the coronavirus pandemic.

Unfortunately, management at RBI brushed off the proposal: “We don’t think now is the time to be talking about (that) shareholder proposal,” RBI told PressProgress.

Metro grocery stores dropped its doctors’ note policy after PressProgress contacted the company about an internal memo we obtained showing that, in some cases, the company was contradicting advice from public health authorities.

“Things have evolved a lot,” a Metro spokesperson told PressProgress.

NEW: Metro grocery stores drops policy asking workers to get doctor’s notes if they think they have COVID-19.

New guidance to workers: “Stay home if they feel sick” and “contact their manager to inform him or her of their situation.”https://t.co/tq0O0N8SI2 #cdnpoli #canlab

To date, over 400 COVID-19 cases have been connected to workers at Amazon’s massive warehouses in Ontario.

Early in the pandemic, PressProgress drew attention to concerns being raised by workers in those same facilities about the company using surveillance technology to pressure workers to work faster and the company’s decision to cut paid sick leave for workers in the middle of the pandemic.

PressProgress was also first to report that Amazon was cancelling hero pay for its workers in May, explaining that the company had taken sufficient steps to ensure the health and safety of its workers.

NEW: Amazon confirms two more workers have tested positive for COVID-19 at one of its Ontario warehouses.

Speaking to PressProgress in June, the company’s billionaire CEO Jim Pattison claimed he was powerless to stop the pay cut — three months later, Pattison, who is the sixth richest man in Canada, bragged that business has never been better.

Despite rhetoric early in the pandemic thanking frontline grocery workers for their sacrifices, Canada’s major grocery retailers including Sobey’s,  Loblaws,  Metro, Safeway, Walmart and others have cancelled their pandemic pay increases.

This summer, PressProgress spoke to textile workers about working conditions inside Canada Goose’s Winnipeg factory where personal protective equipment is being manufactured for Canadian health workers.

Workers told PressProgress that the company asked the factory’s 500 or so workers to share 10 portable toilets for three weeks. One worker told PressProgress their spouse would pick her up on breaks and drive them home so they could use a more hygienic washroom while others kept containers in their car trunks.

Cargill’s slaughterhouse in High River, Alberta, which produces half of Canada entire beef supply, was also the site of the biggest COVID-19 outbreak in North America during the early months of the pandemic.

Back in April, workers at 29 Dollar Tree locations across British Columbia told PressProgress that management was failing to implement measures to allow workers to socially distance despite what the company claimed publicly.

Other workers said Dollar Tree was “not actively” sanitizing shopping baskets and store managers reportedly told them they could still show up to work if they’re sick.

Nearly three-quarters (72%) of the discount chain’s 29 BC stores confirmed they had no specific policy on capping the number of customers in their stores:https://t.co/6PZ9lUR12s #bcpoli #canlab