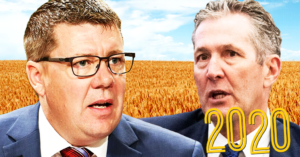 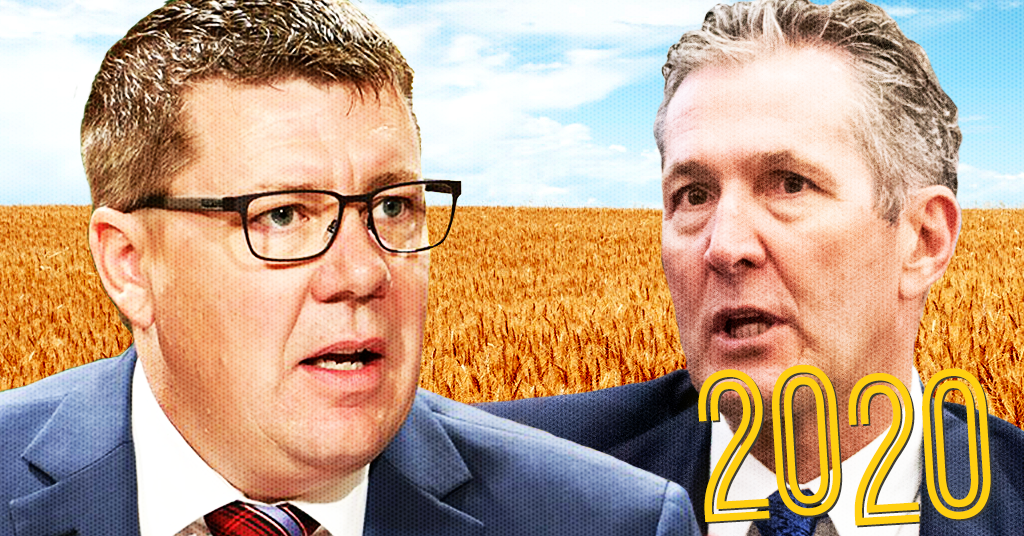 Our original journalism made an impact in the Prairies this year

Through the COVID-19 pandemic and a provincial election, PressProgress’ original reporting held the rich and powerful to account this year in the Prairies.

During the Saskatchewan election, PressProgress’ reporting mapped out the governing Saskatchewan Party’s expansive network of corporate funders and links to the far-right and social conservative groups.

In Manitoba, PressProgress‘ original analysis and reporting cast a light on how the Pallister government’s anti-worker, business-friendly agenda has resulted in one of the worst COVID-19 second waves in the country.

Here are a few ways PressProgress made an impact on the prairies this year.

Most shared articles during Saskatchewan election

The top two most shared stories during Saskatchewan’s 2020 election were both scoops from @pressprogress.

The most shared story from PressProgress was an original report revealing that a Sask Party corporate donor received a $60 million dollar medical contract for services, including medical supply transportation, that was previously done by a Crown Corporation the Sask Party shut down in 2017.

The second most shared story was an exclusive from PressProgress revealing that Premier Scott Moe failed to disclose he had been arrested for impaired driving  following an alleged hit and run in 1994 — Moe had previously been arrested for drunk driving and was involved in an accident that resulted in the death of a woman in another car.

Update: In response to reporting from @pressprogress on social media activity linked to QAnon conspiracies, the Saskatchewan Party has announced that Daryl Cooper has resigned as the party’s candidate for Saskatoon–Eastview.https://t.co/ynSJHsIYwh #skpoli #skvotes2020 pic.twitter.com/MeZK0nRHLE

Original analysis by PressProgress revealed that half of all Sask Party donations since 2006 came from big money corporate donors. In 2019, one-fifth of the party’s corporate donations came from outside the province, with tens of thousands coming from Alberta oil companies.

Saskatchewan allows unlimited corporate donations – including donations from outside the province.

One half of Saskatchewan’s 2019 out-of-province donations came from Alberta.#skpoli #cdnpoli https://t.co/cfKUXX33IC

The party’s top individual donors were cut from the same cloth, largely millionaires, CEOs and corporate lobbyists. The top Alberta donor, celebrity millionaire W. Brett Wilson, argued it was logical for Alberta corporations operating in Saskatchewan to have a say in who forms government. The Sask Party also bragged about its large corporate donations to their supporters.

PressProgress also found over $300,000 in corporate donations were likely tied to one of Saskatchewan’s largest radio networks, Rawlco Radio. One of the network’s most prominent personalities has frequently doxxed critics of the Sask Party.

After the initial pandemic lockdown in March, Pallister rushed to make Manitoba the first province to re-open its economy, which experts told PressProgress made the province’s second wave the worst in the country. His government also handed out thousands of expired masks to public sector workers, including home care workers.

Manitobans awarded Pallister with the worst approval ratings in the country as he racked up defensive gaffes, like asking CBC’s Rosemary Barton why she hadn’t come up with any ideas to help him better manage the pandemic.

Original analysis by PressProgress found less than nine in 10 of the government’s 2020 regional health care board appointees had no professional expertise in health or medicine, while over half had backgrounds in the private sector. One third of board appointees had direct ties to the PC Party, which experts say aligns with Pallister’s strategy to centralize decision making power with the government.

More than half of the Pallister government’s appointees are drawn from the business sector.https://t.co/LtYIJzw2Nc #mbpoli #canlab