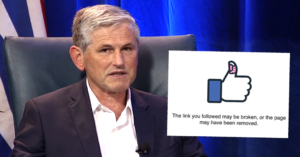 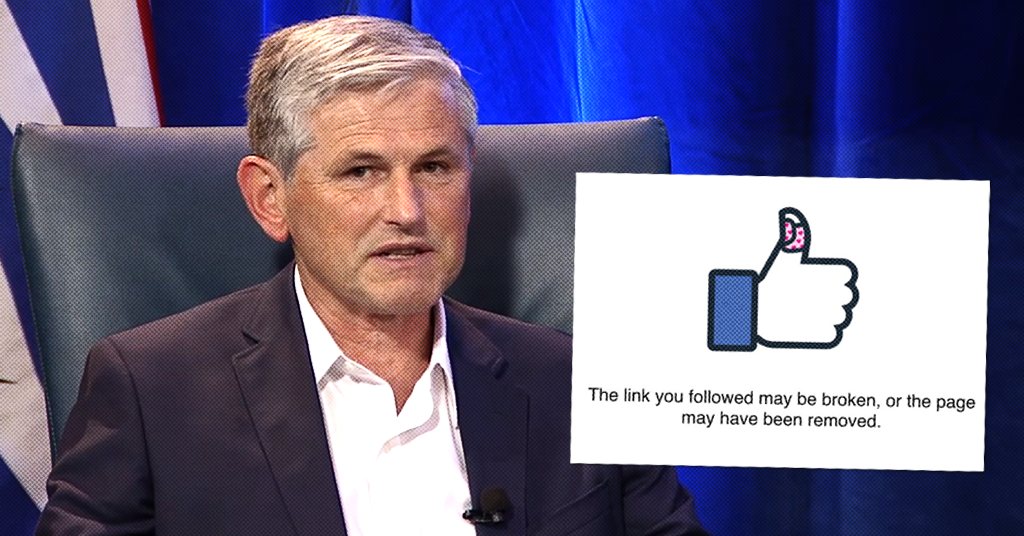 Followers of the now-deleted “BC Liberal Party – Nanaimo Riding” Facebook page may have found themselves scratching their heads when it was discovered that a local news page had suddenly transformed into a page promoting the BC Liberals.

According to the page’s transparency tab, the BC Liberal Party – Nanaimo Riding page has changed its name five times since 2014. 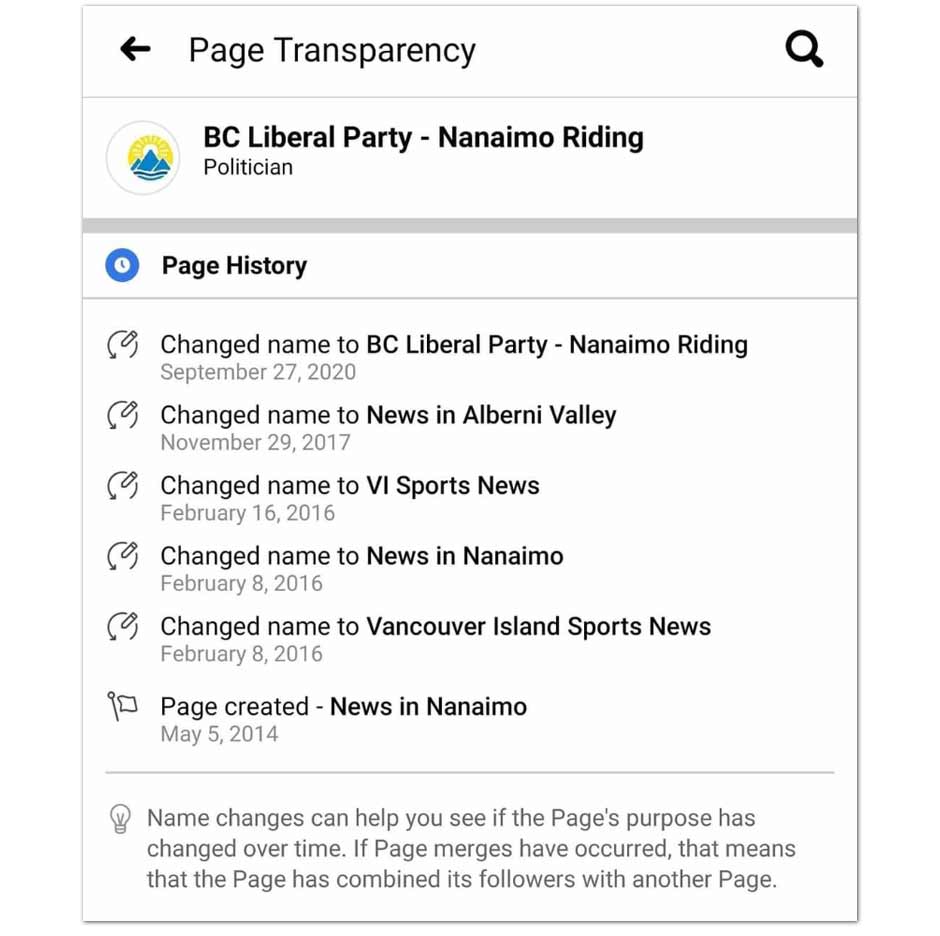 The page was originally launched as “News in Nanaimo” in 2014 before changing its name several times, including “Vancouver Island Sports News” in 2016 and later “News in Alberni Valley” in 2017.

On September 27, the page suddenly became affiliated with the BC Liberals.

The page, which had nearly 3,500 followers, was quietly deleted shortly after PressProgress contacted the BC Liberal Party for comment. 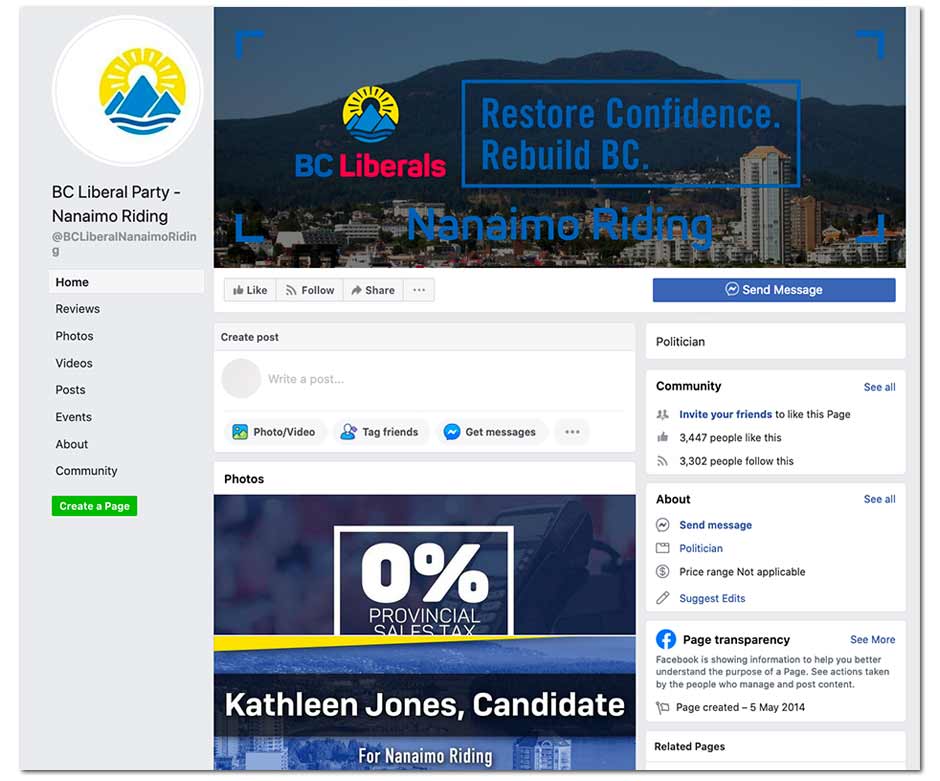 Tali Campbell, Jones’ BC Liberal campaign manager, confirmed to PressProgress that he was a co-owner of the page and made the decision to quietly transform it into a BC Liberal page without consulting the riding association.

“The problem we’re having now, we’re in a snap election,” Campbell explained. “Unfortunately a lot of these decisions are being made on whims.”

“Was there a thought process? Of course there was, but at the same time it’s the job to get the candidate’s name out there.”

Campbell said the page was “run by a few campaign members a few years ago and then, unfortunately, they decided to change the name, with my approval.”

“Once we had a full on conversation with the campaign members, figuring out it’s not appropriate to have members who liked a different page, to then change it to a political figure,” he added.

“We quickly realized we have to take that down and create a personal page for Kathleen.” 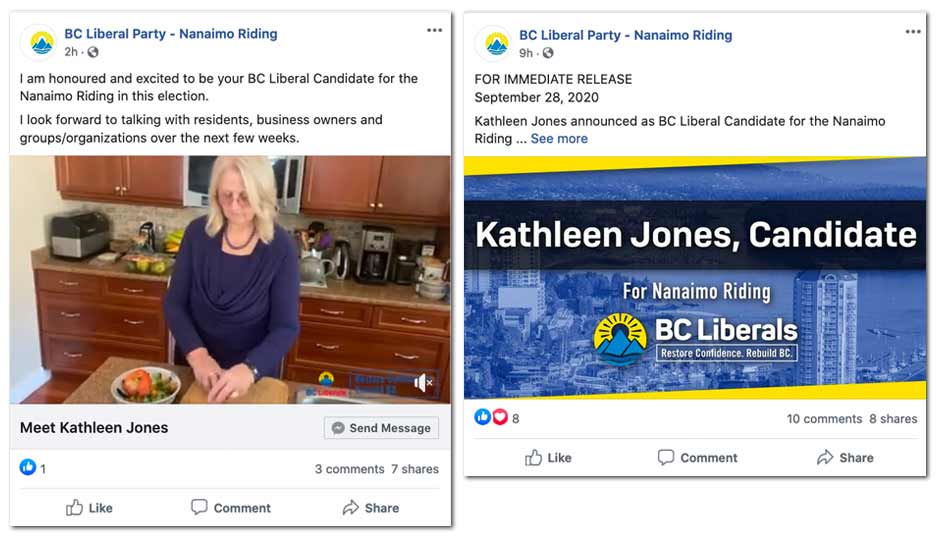 Campbell said that despite the page’s former names, it was never used to promote original news stories.

“We would share things along the lines of if there was a car accident or something,” Campbell said, “but nothing official in terms of ‘news’.”

The page name changed to “News in Alberni” because the owners moved to that area. “It became a dormant page,” Campbell said. “It wasn’t necessarily a local news page anymore, it hadn’t been updated for quite some time.”

Campbell said the BC Liberal Party HQ had not been informed that the campaign page previously operated under different names. He said that as of Monday evening, no one from the party head office had been in touch with him about the page.

The BC Liberal Party did not respond to questions from PressProgress.