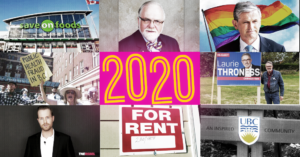 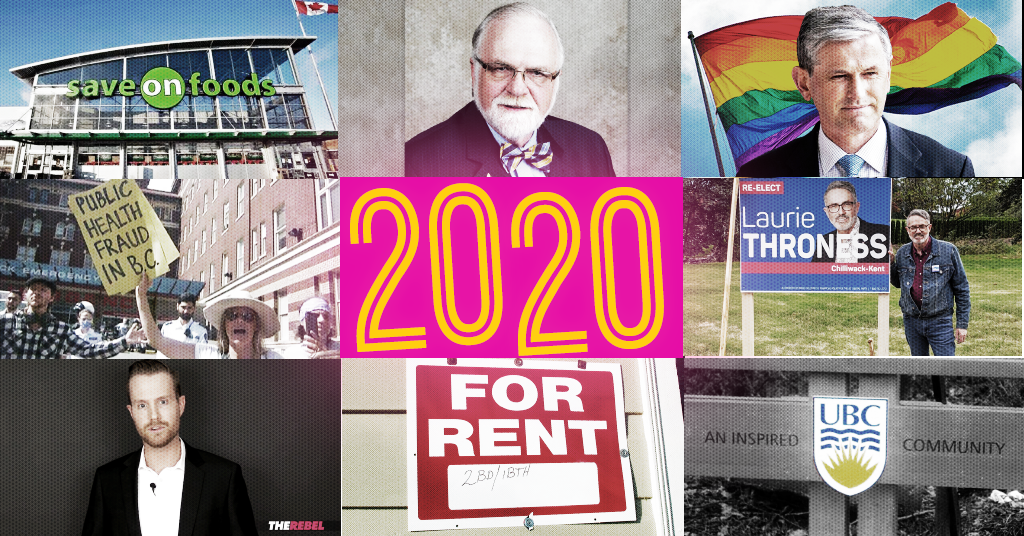 Here are our biggest original stories from British Columbia in 2020

2020, a year of pandemics and provincial elections, provided no shortage of bizarre, disturbing and unjust stories that needed to be reported.

Here’s a rundown of how PressProgress’ journalism broke through the noise and made an impact in 2020:

Save-On-Foods, one of BC’s largest supermarket chains, sparked outrage when it announced last spring it was cutting its employees’ $2 per hour pandemic pay bump.

PressProgress was the only news outlet to get Save-On-Foods owner Jim Pattison, the sixth richest person in Canada, on the record over the pay cut, which the billionaire claimed was beyond his control.

“I’m not involved,” Pattison told PressProgress. “We own and finance the company, but we don’t run them.”

However, multiple experts cast doubt on that claim. Anthony Schein, director of shareholder advocacy at the Shareholder Association for Research and Education, told PressProgress:

“As the CEO and Chair of Jim Pattison Group, if Mr. Pattison thinks it is appropriate to provide hazard pay to front line grocery workers during the pandemic, then a statement saying as much would most certainly make a difference.”

To add insult to injury, Pattison later boasted to corporate media that Save-On-Foods’ parent company, Jim Pattison Group, was “looking today at opportunities like we’ve never had before. We’ve never been in better shape to invest.”

2. Exposing the BC Liberal Party’s use of taxpayer dollars to support an anti-LGBTQ magazine

Back in June, PressProgress broke the story about 14 BC Liberal MLAs who spent more than $1,700 in taxpayer dollars on ads in a conservative Christian magazine that regularly publishes anti-LGBTQ content.

NEW: BC Liberal MLAs billed taxpayers thousands of dollars for advertising in an anti-LGBTQ magazine.

The story resulted in BC Liberal leader Andrew Wilkinson stating his party would be “taking immediate steps to ensure our advertising decisions reflect [the party’s] values at all times.”

However, BC Liberal MLA Laurie Throness told media he had no plans to stop supporting the publication, resulting in calls for his expulsion from the Liberal Caucus.

The BC Liberals’ failure to take action on Throness resulted in the party being banned from the Vancouver and Tri-Cities virtual Pride parades.

3. Exposing rogue landlords and telling the stories of struggling renters during the pandemic

After the onset of the global coronavirus pandemic, PressProgress told the stories of dozens of struggling renters across Canada being threatened with eviction and pressured into paying rent as normal despite the public health emergency.

The federal government has suggested workers may not start receiving cheques until mid-April.https://t.co/t0w1sMeYA3 #cdnpoli #canlab

In BC, PressProgress spoke to a renter in Victoria who was threatened with eviction by his landlord, despite a provincial ban. PressProgress‘ original reporting prompted an investigation by the BC Superintendent of Real Estate.

As well, PressProgress exposed a secret Facebook group in which rogue BC landlords plotted ways to circumvent the province’s eviction ban. Following our reporting, the group vanished from public view.

4. Holding the University of British Columbia’s leadership to account

Back in February, PressProgress obtained emails through Freedom of Information that contradicted the University of British Columbia leadership’s explanation for why it allowed a talk attacking trans rights to go ahead on campus last year.

NEW: Internal e-mails contradict UBC’s explanation for why it hosted an ‘alt-right’ event on campus.

UBC officials claimed they heard from ‘equal’ numbers of people who were for and against the event – it appears that may not have been accurate.https://t.co/djcQWBMZw6 #bcpoli

UBC’s Provost and VP Academic told colleagues “half of individuals weighing in on this event have asked that the event occur,” — but records showed he, in fact, received overwhelmingly-negative responses to the event.

UBC also confirmed to PressProgress that it had been monitoring the social media activities of faculty who criticized the administration’s handling of the event.

In August, PressProgress reported on messages sent by UBC President Santa Ono obtained through Freedom of Information showing that Amazon had asked UBC to keep details of a $3 million deal secret.

PressProgress was also first to report on anti-lockdown protesters who blocked the ambulance bay at St. Paul’s hospital in Vancouver.

The protesters claimed that “the hospitals are empty” and chanted: “No vaccines.”https://t.co/Olqun8YkDC #cdnpoli #bcpoli

6. Calling out the smear campaign against BC’s homeless and drug user populations

Last summer, local media reported a director of Vancouver’s right-wing Non-Partisan Association had called for residents in his neighbourhood to “start harassing” homeless “low lifes” in a Facebook comment.

“Tell them to leave, tell them they aren’t welcome to degrade our neighbourhoods.”https://t.co/hOemle9w0a #vanpoli #bcpoli #cdnpoli

PressProgress was the first news outlet to get former NPA mayoral candidate Ken Sim on the record condemning his old party’s director’s comments. Following the publication of PressProgress‘ story, the NPA’s elected caucus stated they “categorically denounce the statements made by Mr. Wilson.”

Four Vancouver-area Liberal MPs removed a misleading partisan ad back in April after PressProgress raised questions about its use of the official Government of Canada watermark.

“The Government of Canada wordmark must be removed immediately.”

Alex Marland, a political science professor at Memorial University, told PressProgress the ad’s use of the official symbol “failed” the federal government’s criteria for non-partisan communications.

NEW: Controversial BC school trustee Barry Neufeld has deactivated his Facebook account after denying a cartoon he recently posted is ‘racist or sexist’.

Following those remarks, PressProgress revealed Neufeld had also shared a cartoon with his son on Facebook blaming “independent” women for low birth rates among the white race.

As well, PressProgress discovered that Neufeld’s colleague, Darrell Furgason, claimed “fear” of the pandemic was “greatly exaggerated by the government and media.”

PressProgress also revealed Throness had received the endorsement of the leader of the far-right Christian Heritage Party. The CHPA, among other things, insists Canada be ruled according to Biblical law.