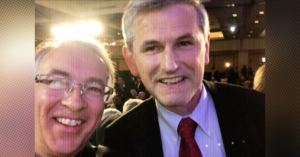 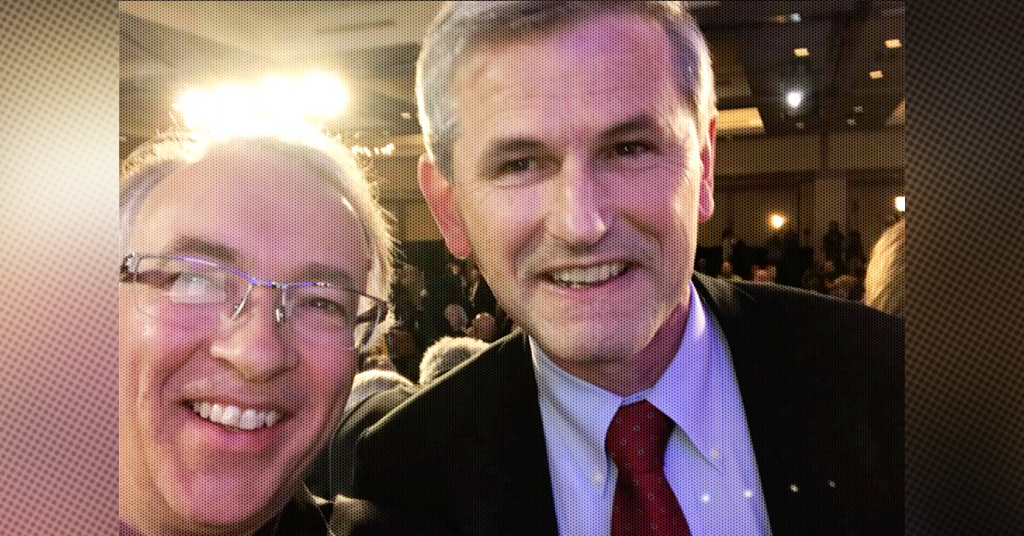 One of Andrew Wilkinson’s BC Liberal candidates left a prominent Vancouver-area conspiracy theorist with a clear impression that he was “supporting” a call to end emergency public health restrictions earlier this year.

John Rustad, the incumbent BC Liberal candidate for Nechako Lakes, was replying to an email sent by Tony Mitra, a self-identified “conspiracy theorist” who has been a familiar face at anti-lockdown and anti-face mask protests in recent months.

His videos are widely circulated in local conspiracy groups online where he openly describes the pandemic as a “hoax” and “fake.”

Earlier this year in May, Mitra was among a group that blocked an ambulance bay and booed frontline medical workers at Vancouver’s St. Paul’s Hospital. Mitra uploaded a video of himself in front of the ambulance bay chanting “no vaccine.”

Shortly after the incident at the ambulance bay, Mitra posted a video to YouTube titled: “Response from MLA John Rustad.”

“I had written a letter to all 88 MLAs of BC legislative assembly, in effect warning them for gravely hurting millions of people,” Mitra wrote in the video description, something he blames on a “mandatory vaccine based medical mafia” that serve a “global cabal of unelected foreign entities.”

Mitra said only two MLAs responded to his email, but Rustad was the only one who appeared to be “supporting” what he was saying.

“He’s the only one out of the 88 that actually made a response that I honestly liked,” Mitra told PressProgress. “I’m more impressed by John Rustad and not so much by anybody else.”

“He’s doing everything in his capacity.”

Mitra’s original email to British Columbia’s MLAs was sent under the subject line: “About assassination of BC economy, way of life and freedom.”

His email began by noting that the “public is hypnotized by fear” because “the government, in collusion with an extremely biased media and overbearing influence of big Pharma and global corporations” are promoting “fear against a bogus virus that is no different from seasonal flu.”

His email concludes by accusing MLAs of engaging in the “destruction of British Columbia, to turn it into an outlying protectorate of BILLGATISTAN” — a fictional country named after Microsoft Windows creator Bill Gates.

In the YouTube video, the conspiracist shows a copy of Rustad’s reply, which begins:

Thank you for your email. As a practice, I have always answered my own emails. I also do not respond often to bulk emails and to emails that are not from my constituents. In this case, I felt compelled to respond.”

“The freedoms we have as a society should be one of our most cherished possessions. During this serious COVID-19 pandemic, those freedoms have been significantly restricted. And I can tell you that I am advocating for the removal of those restrictions as quickly as can be.”

Rustad’s email goes on to accuse the provincial and federal governments of inflicting “social and economic damage” on British Columbia through their emergency public health measures:

“The social and economic damage that has been done is enormous and both Federal and Provincial governments have not seemed to have done any type of analysis to determine what those impacts are.”

Rustad concluded his email by stating that as an “opposition MLA, I look forward to holding the government to account for their choices.”

Rustad did not respond to multiple requests for comment from PressProgress, although it is not the first time a BC Liberal MLA has made supportive expressions relating to COVID-19 conspiracy theories.

Back in May, PressProgress reported that BC Liberal MLA Donna Barnett shared a debunked COVID-19 conspiracy video and appeared to make disparaging remarks about the province’s chief medical officer of health, Dr. Bonnie Henry.

Mitra said he also received a response from BC Liberal MLA Shirley Bond,  although he described it as a “half ignorant and half arrogant response.”

Despite being “impressed” by Rustad’s supportive words, Mitra said he’s still waiting to see action from the BC Liberals.

“He did not do anything,” Mitra told PressProgress. “Do something other than just responding to me in an email.”

“I was impressed that he wrote to me at least honestly, I’m not impressed because writing to me is not the end of it.”

Rustad has made a series of questionable statements throughout BC’s election.

During a local debate this month, Rustad criticized the concept of hereditary chiefs. More recently, he announced he would build a new hospital in his riding, even though the BC Liberals make no mention of the project in their platform.