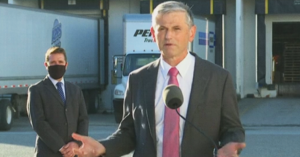 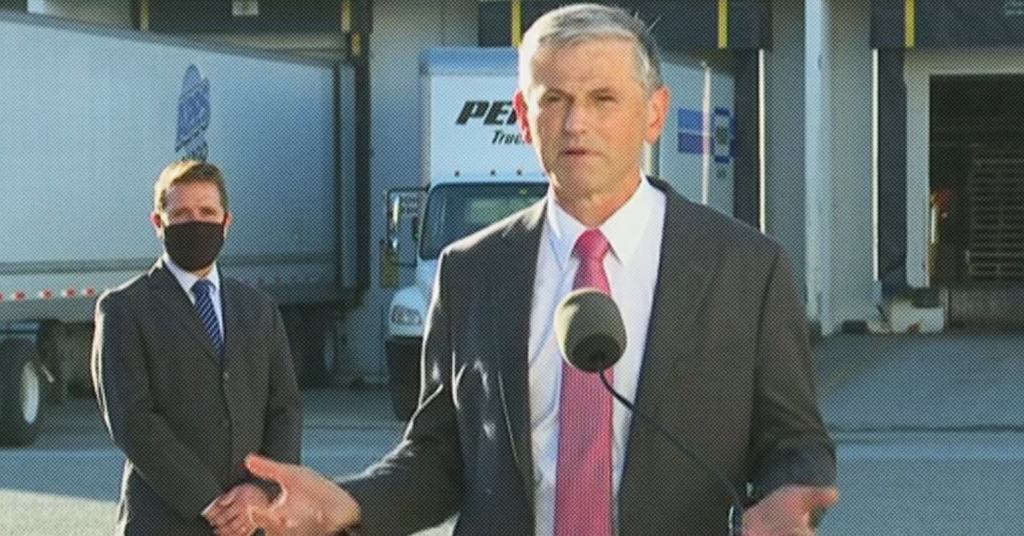 The BC Liberals’ flagship tax proposal contains a billion dollar error that leaves a rather large hole in the party’s costing of its platform, according to economists.

This week, BC Liberal Leader Andrew Wilkinson announced the party’s proposal to cut provincial sales tax if they form the next government, eliminating the tax for one year before raising it back to 3% a year after that.

Wilkinson claims the plan will cost the province $6.9 billion in its first year and not not require cut health or education services to make up for the lost revenue.

But critics were quick to point out that the BC Liberals’ costing low-balled the amount of revenue that would be lost by $1 billion dollars — meaning the actual cost of Wilkinson’s proposal would likely be around $7.9 billion rather than $6.9 billion in the first year.

Some thoughts on BC Liberal plan to eliminate PST for 1 year, and cut it by 4 points (57%) after that:

According to economist Jim Stanford, the BC Liberals’ incorrect estimate appears to be based on the province’s first quarter budgetary update, which revised the estimated total take from PST down by $1 billion from the original budget estimate, even though that data wouldn’t apply to the fiscal period before the election.

“It doesn’t make any sense at all to say that the foregone revenue in that 12-month period starting say January 1st will equal the amount that the government is expecting to take in the lagging fiscal year that includes the worst period of the shutdown,” Stanford told PressProgress.

“Retail sales in BC are now above where they were before the pandemic started so there’s absolutely no justification for assuming that would be the cost.”

Stanford added that the BC Liberals’ costing applies a similar miscalculation in the subsequent years, when the party plans to set the PST at 3% and when retail sales are likely to further recover. Stanford said the BC Liberal plan would actually cost between $4.5 and $5 billion per year.

“You can’t just throw stuff out and be a billion dollars a year off. That’s incompetent. It also shows that I don’t think they understand the macro economics of what’s going on.”

“This is a symptom of a deeper failure in their camp to appreciate and understand how an economic recovery would actually happen.”

And let’s compare BC to Alberta (which has no provincial sales tax, and thus is the BC Liberal role model). BC’s monthly sales growth was almost 2x Alta’s in July. Year/year sales growth 3.5 times better than Alberta’s. Alta has many probs, absence of sales tax hasn’t helped …8 pic.twitter.com/D0AsJbiIzv

“Cutting the PST isn’t really going to benefit people who are low income. If you’re unemployed and not spending money now anyway, the cut doesn’t help you a whole lot,” Lee told PressProgress.

“You can’t get a tax cut on discount,” Lee added. “We have a baseline deficit already at over $12 billion, so now we’re pushing north of $20 billion. That may be a sensible deficit, but dollar for dollar, if you’re going to run that large a deficit, you’re much better off putting money into people’s pockets with spending.”

Both economists also cast doubt on Wilkinson’s promise that he would not cut health and education services to make up for the lost revenue.

“Cutting sales tax revenues, which are such an important source of government’s overall fiscal capacity, will inevitably translate into cutting public programs down the road,” Stanford said. “That is an absolutely hollow promise.”

Lee noted Gordon Campbell’s BC Liberal government cut personal taxes in 2001, promising they would pay for themselves — a promise that did not pan out.

“As we discovered, that was just a complete crock,” Lee said. “We ended up entering a very painful period of spending cuts in order to pay for the initial tax cut.”

In fact, one former Campbell-era BC Liberal cabinet minister agrees.

“It’s really tough to find big dollars without looking at social ministries. That’s why I would always be cautious about making the fiscal hole any bigger than it needs to be coming out of this extraordinary period of COVID-19 that we’re in,” George Abbott, a former BC Liberal minister of health and education, told News1130 regarding Wilkinson’s proposal.

The BC Liberals have also pledged a tax giveaway for real estate speculators.