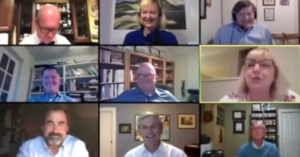 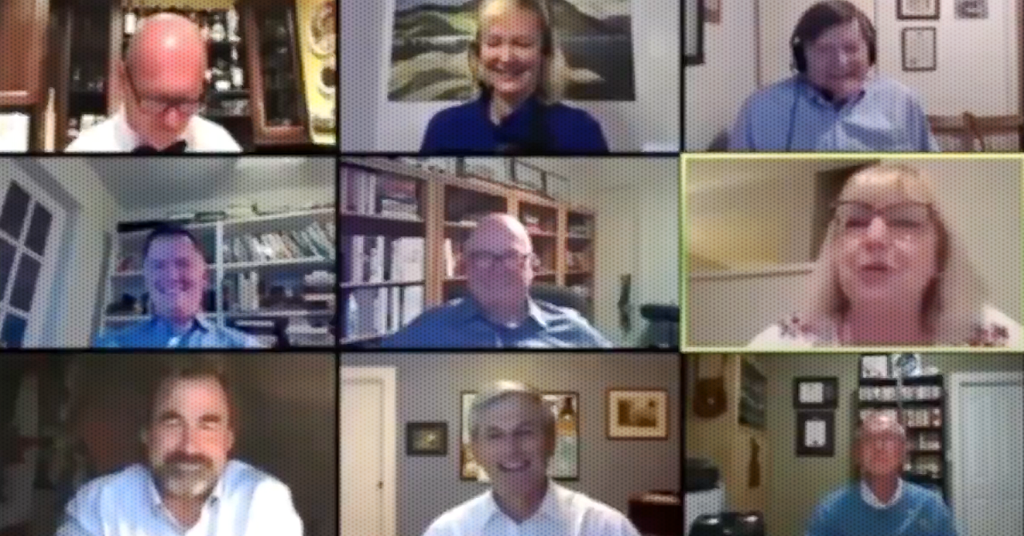 ‘This video has completely derailed the BC Liberal election campaign’

The leaked Zoom video, which was first surfaced by Vancouver podcaster Mo Amir,  shows BC Liberal leader Andrew Wilkinson and several MLAs participating in a “roast” in honour of retiring BC Liberal MLA Ralph Sultan on September 17.

As with most retirement parties, Sultan’s colleagues shared old stories and funny anecdotes about the soon-to-be-retired 87-year-old MLA during the “virtual roast.”

But at one point during the roast, Jane Thornthwaite, who is currently a candidate for the BC Liberals in North Vancouver–Seymour, began sharing bizarre anecdotes revolving around the physical attractiveness of the BC NDP’s Bowinn Ma.

“Bowinn is, you know, a very pretty lady, and she knows that she’s got it,” Thornthwaite said, adding that Ma “knows how to get Ralph going.”

Wilkinson and several other BC Liberal candidates are visible in the video laughing along to Thornthwaite’s comments throughout her speech:

“So I go to an event, and one of them was the (Capilano University) student union luncheon and both Bowinn Ma and Ralph were stuck on the couch together, very, very close together, for almost the entire time. We were supposed to be networking and all this, but Bowinn knows how to get you. She knows how to get you. And there’s these big couches, but Ralph would be sitting on one couch, say the middle of the couch, and Bowinn would be right up, right next to him, cuddling, cuddling … and Ralph would be enthralled by her.”

“My friend John Yap … he said I experienced exactly the same thing. I was walking down the hall with Ralph, we were talking about something very very serious, and then all of a sudden Bowinn came around the corner and … Ralph’s gone, he’s paying attention to Bowinn.”

I’m not going to editorialize this.

Rather, I’d like to hear from women on how they feel about this clip.

I’m sharing because a woman reached out to me and asked me to do so (her email in below tweet).#bcpoli pic.twitter.com/AiDwFmBT7F

According to Amir, an unnamed BC Liberal supporter contacted him and asked him to share the video clip because they found it sexist.

“I’m usually a BC Liberal supporter but I attended an event that included some talk about Bowinn that bothered me,” the unnamed source said in an email Amir posted on Twitter.

“I’m sharing it with you because we need more young women in politics and this kind of thing needs to be called out,” the email added.

“Bowinn doesn’t deserve to be treated this way.”

Here’s the email that was sent to me. pic.twitter.com/zBoVlyxo7m

The video sparked disbelief and condemnsation from political watchers and election candidates from multiple political parties, describing Thornthwaite’s comments as “sexist” and “disgusting.”

If women are not warm in the workplace, we are castigated as rude. If we are friendly, we get this. @BowinnMa is incredibly professional and her ability to forge friendships across party lines makes the legislature better. She is owed an apology. https://t.co/xhwCxWJ6mS

This video has completely derailed the BC Liberal election campaign. #bcpoli https://t.co/roZ4rqKSsp

Jane Thornthwaite’s sexist comments will be the 2020 version of #iamlinda from 2017. Which Jane Thornthwaite just happened to feature in as well. Andrew Wilkinson will be asked about this video for days. #bcvotes #bcpoli https://t.co/voaBGFnf2S pic.twitter.com/j48fK9MGp9

This video represents everything that is wrong with politics!@BowinnMa is an incredible politician and inspiration to young women across BC

These disgusting jokes from her colleagues expose just how antiquated the BC Liberals are https://t.co/7KVn8I0saT

This is absolutely brutal.

If only the leader of the BC Liberals had been there to call this shit out and shut it down… https://t.co/OU78JmrZUJ

Shame on you #JaneThornthwaite and your colleagues for laughing while you make sexist and derogatory remarks about @BowinnMa. Just over 100 women have been elected as MLAs to the @BCLegislature. I’m #102. This is not leadership. #Antifeminism #NoJoke #Pretty #Low #PublicApology https://t.co/nfEnAaoiun

In a statement tweeted Sunday, Ma rejected Thornthwaite’s “sexist interpretations” of her “speaking closely with an elder who is very hard of hearing” and criticized Wilkinson for condoning the speech.

“Young women deserve a province that encourages them to take on leadership roles without fear of sexism,” Ma added. “If we want more young women and people of colour to enter politics, we must commit to creating environments that respect them.”

We need to be a province that enables young women to take on leadership roles without fear of sexism. British Columbians deserve better from their political leaders. pic.twitter.com/sE3MbnKbSZ

Thornthwaite’s response to the video didn’t make things better, however.

In Thornthwaite’s first tweet responding to the video, the BC Liberal candidate did not offer any apology, but instead tweeted that whe has “huge respect for all women who push through glass ceilings.”

I have huge respect for all women who push through glass ceilings. I’m one of them. So is Bowinn Ma. Ralph Sultan has the same respect and a soft spot for his fellow UBC engineer, and I made light of that at a roast. I have always and will always support more women in politics.

That response only generated further criticism:

Is this supposed to be an apology?

Do you acknowledge your comments were extremely disrespectful to Bowinn Ma?

Do you acknowledge the harm you did to all young women considering entering politics? Will they get an apology?

This non-apology is not sitting well with pretty much everybody. #bcpoli #bcvotes https://t.co/lNTh0KafBG

Later in the day, Thornthwaite made a second statement admitting her speech was “inappropriate” and adding: “I unreservedly apologize for making these comments.”

I wish to add this. The comments I made at the roast for my colleague Ralph Sultan fell flat and were inappropriate. I unreservedly apologize for making these comments. I have reached out to Bowinn Ma to apologize to her directly as well. I commit to doing better moving forward.