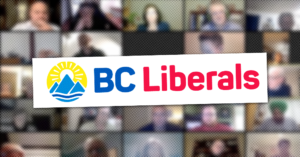 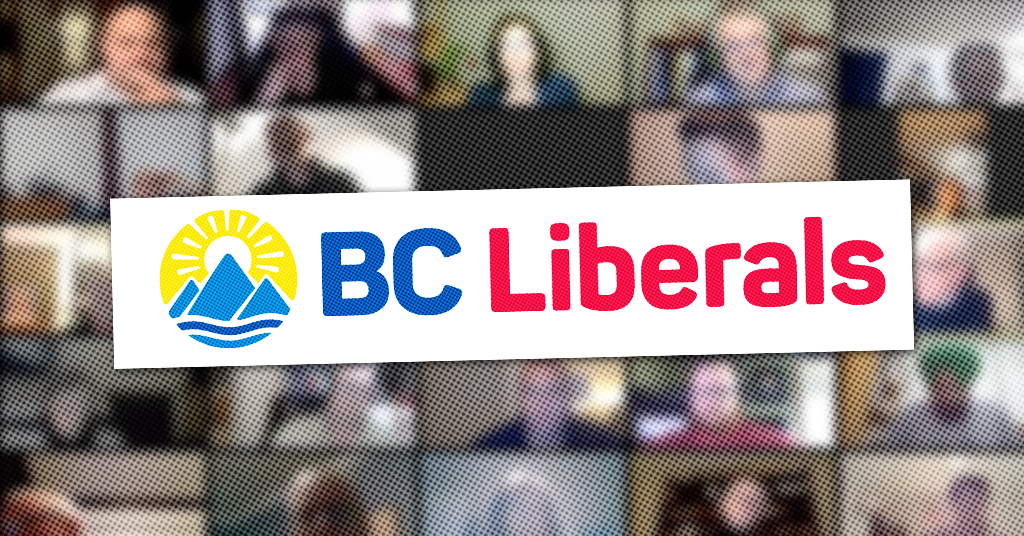 ‘Burn It To The Ground’: BC Liberals Share Thoughts About Party’s Future in Emotional Zoom Town Hall

Diehard BC Liberal supporters expressed their disappointment and frustration with the future of their party during a candid and, at times, introspective meeting that was broadcasted over Zoom earlier this week.

The virtual town hall, hosted by MLAs Dan Davies and Stephanie Cadieux, invited party members and former candidates to share their thoughts and reflections about the BC Liberals’ future after the party was soundly defeated in British Columbia’s recent provincial election.

“Dan and I aren’t going to be answering any questions tonight,” Cadieux told the members, adding that their comments were being recorded and would be reviewed by party brass. “This is strictly a listening exercise from our perspective.”

“This is really your time.”

One party member named Anthony, who said he spent “days” canvassing for his local BC Liberal candidate in Coquitlam, told fellow party loyalists that the party is haunted by its 16 years in power:

“We have a lot of ghosts in the Liberal Party from the past. Christy Clark, Rich Coleman and some of the problems have been recurring. Some of the specific issues that I don’t think the public is willing to forgive would be money laundering and the failure to stop that by working with the federal government. That’s resulted in increased housing (costs), which has hurt a lot of working people, increased rents, increased purchase prices, I mean houses are going up by hundreds of thousands of dollars per year.”

Anthony said the BC Liberals have no other option but to “burn it all down” and start a new party from scratch, suggesting the party consider changing its name to the “Conservative Party” or “Conservative Alliance Party”:

“Christy Clark and Rich Coleman, I think if anything, they have torpedoed the Liberal Party. We have to burn it all down, start from square one. We have to change the name. I don’t know if you want to call it ‘Conservative Party’? ‘Conservative Alliance Party’? I don’t know what you want to call it, but the old Liberal stuff, you have to burn it to the ground and start from square one.”

“The Liberal name and the brand has always bothered me a little bit because the appearance of the party and the philosophy is conservative.”

Neil added that the party’s “Christy Clark era” was “the elephant in the room”:

“I hesitate to say this, but it’s the elephant in the room. There’s a lot of baggage there from the Christy Clark era, there’s more baggage coming out from the money laundering inquiry and Rich Coleman’s involvement, and Kash Heed’s involvement. We’ve got to detach ourselves from that one way or another.”

Over the past year, former BC Liberal minister Rich Coleman has come under scrutiny for allegedly turning a blind eye to criminal money laundering in BC’s casinos, which in turn inflated the province’s housing costs.

Back in January, Global News reported that Coleman shut down an RCMP unit tasked with cracking down on illegal gaming in 2009 after being warned that a violent mobster had bought a stake in a casino owned by the BC Lottery Corp.

BC’s ongoing inquiry into money laundering recently heard from former RCMP officer Fred Pinnock, who said Coleman was “largely responsible” for money laundering linked to organized crime running unchecked in the province’s casinos (Coleman previously denied allegations he turned a blind eye to money laundering, and has not yet spoken to the inquiry).

Other members slammed the party’s poor record on diversity, and lack of appeal to young and racialized British Columbians living in urban centres. One member named Manjit said:

“We are disconnected with ethnics, even though you see a lot of representation, but is that true representation? Is it a true diversity and inclusiveness, or are we just being a window dressing by, let’s say, appointing or pushing … someone from visible minorities? And is that a true inclusiveness in our party? Are we really representing people in the people that are in urban centres? To me that’s alarming.”

Later in the meeting, Cadieux conceded that the party has done poorly in attracting young voters:

“I was 34 when I was asked to run for this party, which made me the youngest person in this party at that point in time and I agree that we haven’t improved in that area.”

Other members, to be sure, see no need for the BC Liberals to change.

In fact, one member named Paul said he believes British Columbia is “really going towards a socialism very quickly” and shared his unsubstantiated opinion that the main reason the BC Liberals lost was because the election itself was rigged:

“The silent majority is waking up because of what’s happening and they want limited government and big freedom. You can tell I’m conservative, right off the bat. One thing that wasn’t mentioned, my second point, is the election system: Man, I had huge red flags when I started hearing about these mail-in ballots … the chain of custody was flawed. It doesn’t matter, provincial, municipal federal. We have a problem with the election system.”

Paul’s thoughts about election integrity were interrupted by Cadieux who asked the BC Liberal member to remember they were discussing “stuff the party has to do.”

However, Paul continued by suggesting the COVID-19 pandemic is also being exaggerated by the media:

“(There’s) a lack of leaders speaking out against this COVID hysteria. The virus is real but the hysteria by the media is what really has created a lot of fear.”

Paul was cut-off by Cadieux a second and final time after he began discussing a report from the right-wing Justice Centre for Constitutional Freedoms.