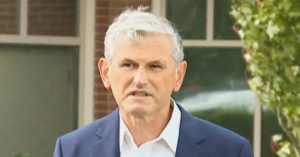 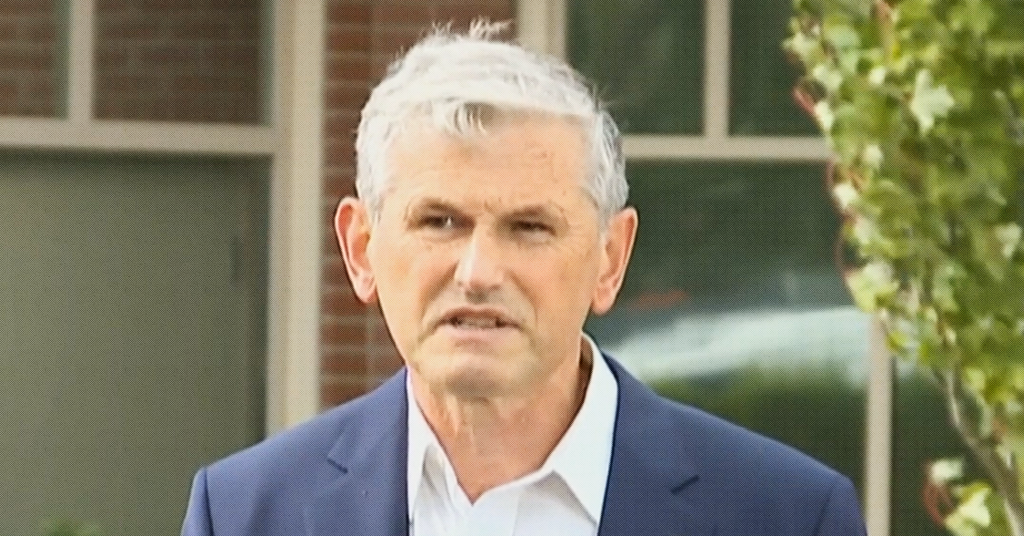 The BC Liberals Have an Election Campaign Strategy to Regain Power: Spread Fear About the Homeless

As British Columbia kicks off its 2020 general election, the right-wing BC Liberals are already signalling that they plan to use divisive rhetoric targeting the homeless as a central strategy of their campaign.

For months building up to the election, BC’s business-friendly media establishment and right-wing astroturf groups have repeatedly portrayed the province’s homeless population not as a group in need of compassion and support, but as a violent and dangerous threat to people in higher-income brackets.

That led to an awkward campaign moment at a press conference Wednesday that saw BC Liberal leader Andrew Wilkinson describe an encampment of homeless people as a “street phenomenon of people who are out of control.”

Wilkinson on the tent encampment in Strathcona Park: “there’s suddenly this street phenomenon of people who are out of control.”

At a media availability Thursday, Wilkinson again suggested a vague link between “homelessness” and “the level of growing crime in this province,” including “mothers with strollers being threatened” and “toddlers being spat upon.”

“We have a drug war playing out on the streets, with more weapons being found every day and violent crime becoming normal,” the ad claims. “Many families are feeling unsafe in their own homes.” 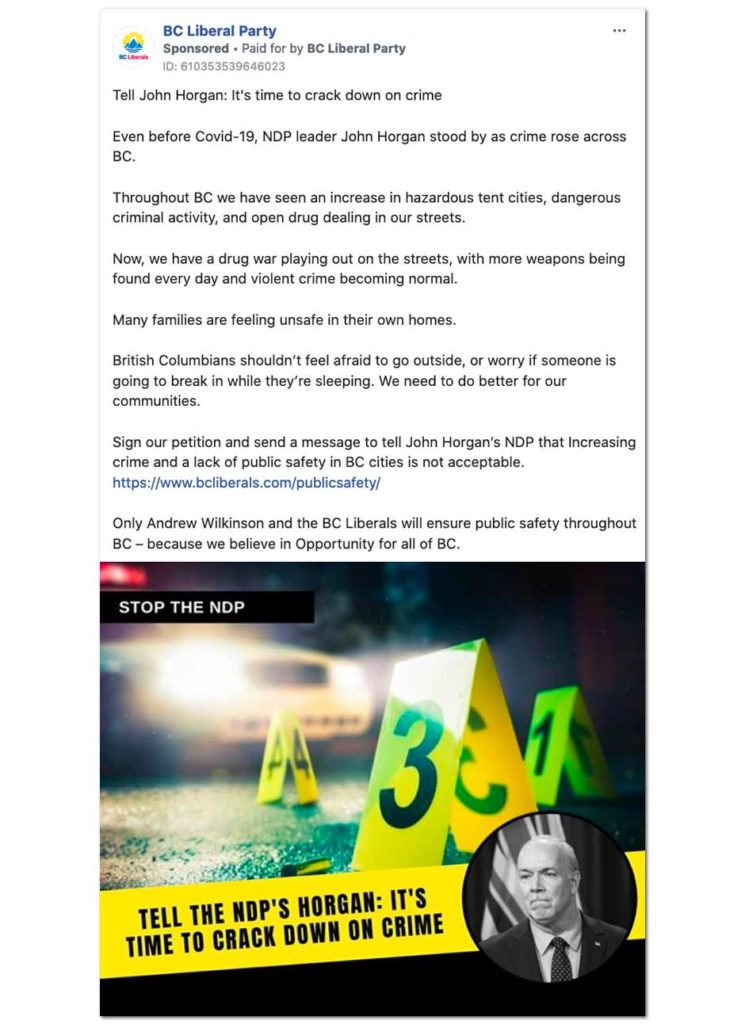 Despite the BC Liberals’ claims, statistics recently released by the Vancouver Police Department paint a far less dramatic picture.

While violent crime increased slightly (5.2%) year-to-year since 2019, that percentage is still lower than it’s been for much of the last decade. Meanwhile, gun crimes and homicides are currently the lowest they’ve been in years. 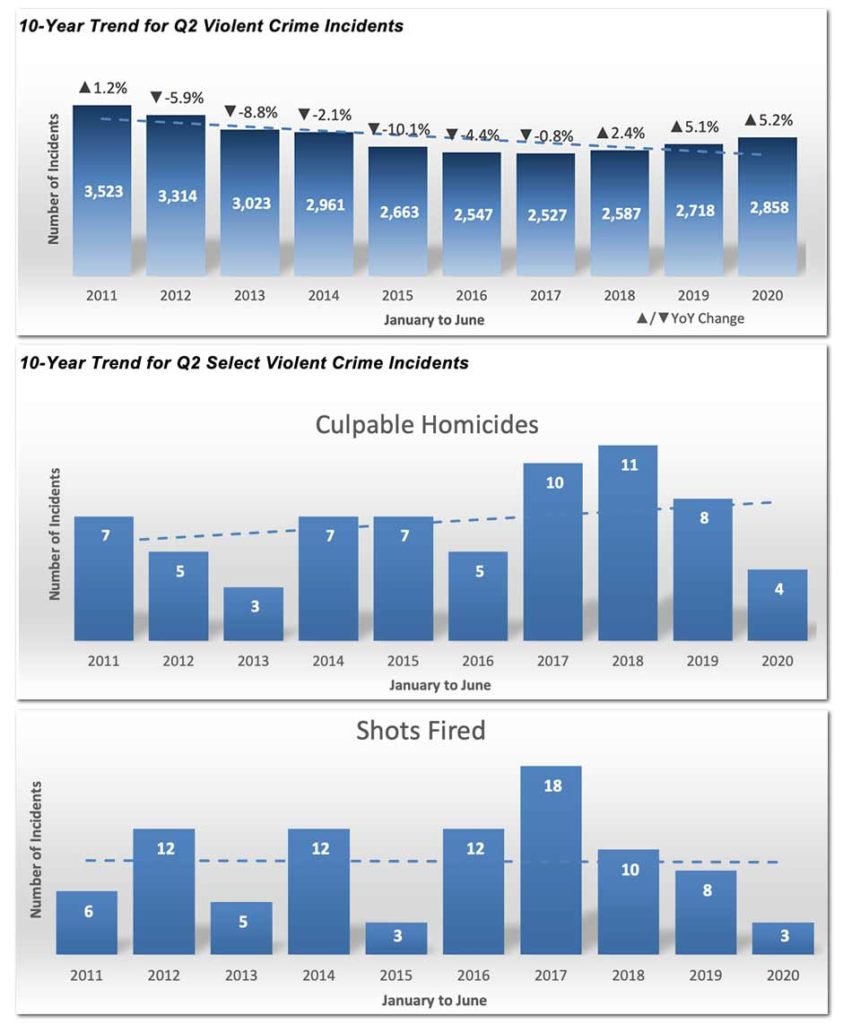 According to the VPD, overall property crime incidents have fallen 12.9% since 2019, the lowest it’s been in half a decade and more than 15% lower than it was during the BC Liberals’ last full year in office.

Meenakshi Mannoe, a policy advocate with Pivot Legal Society, said the language in the BC Liberal attack ads deflects attention away from the underlying root causes of homelessness and poverty.

“Suddenly a provincial election has become a referendum on whether homeless people have a right to exist.”

Mannoe also said the BC Liberals’ attempts to link the issue of crime to “hazardous tent cities” is unsubstantiated.

“There’s a parallel story that seems to accompany crime right now that always brings it back to unsheltered communities, for no clear reason other than anti-homeless, anti-drug user stigma,” Mannoe said. “There are articles that really leverage that hatred of homeless people and basically blame them for all crime in the community.”

Karen Ward, a drug policy advocate and a Downtown Eastside resident, noted that past BC Liberal policies have significantly contributed to poverty and inequality in Vancouver.

“In the Gordon Campbell – Christy Clark years, there was massive underfunding of education, housing and healthcare. They were in power for 16 years.”

“This is the aftermath,” Ward said. “They should be wearing it, not weaponizing it against the people they destroyed.”