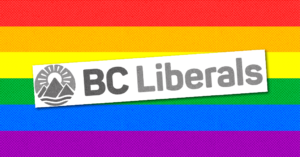 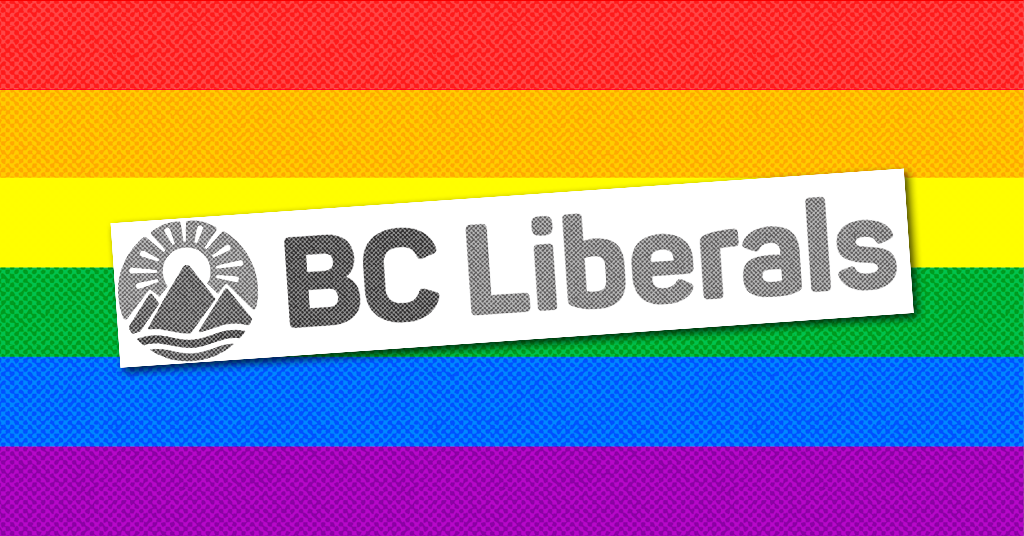 Vancouver’s Pride Society has told the BC Liberals that they are officially banned from this year’s Pride parade after the party failed to remove MLA Laurie Throness from caucus and his role as opposition critic for children and families.

As first reported by the Chilliwack Progress, VPS executive director Andrea Arnot announced the decision one week after the society warned the BC Liberals they could be banned if they did not take action against Throness, who pledged to continue using public dollars to pay for ads in an anti-LGBTQ magazine.

“VPS informed the BC Liberals today that they will not be eligible to participate in the 2020 Vancouver Pride Parade and that we look forward to hearing about their accountability plan to ensure all of their caucus members understand the harms of conversion therapy, as well as, that any forms of homophobia or transphobia have no place in Canadian society, especially not with elected officials. They can apply next year and will have to account for how they have navigated this situation appropriately.”

Why Vancouver Pride wanted Throness kicked out of the Liberal Caucus: As first reported by PressProgress last month, a dozen BC Liberal MLAs billed BC taxpayers thousands of dollars for ads promoting constituency work in a publication called The Light Magazine, which regularly features homophobic and transphobic articles.

In response to PressProgress‘ reporting, BC Liberal Leader Andrew Wilkinson said his Caucus would stop buying ads in the publication.

NEW: BC Liberal MLAs billed taxpayers thousands of dollars for advertising in an anti-LGBTQ magazine.

However, Throness defied his leader’s public statements and vowed to continue running ads inn the publication because it aligns with his values as a “Biblical Christian.” In comments to local media, Throness also defended a particular article in the magazine which argued against a proposed provincial ban on conversion therapy, an abusive and unscientific practice designed to ‘cure’ LGBTQ people.

Since making those remarks, the BC Liberal Caucus has been under increasing pressure to eject Throness from the Caucus, or, failing that, to at least remove him from his role as Opposition critic for Children and Families.

The BC Liberals respond: “We regret Vancouver Pride’s decision to exclude us from the 2020 virtual parade, but respect that this is their decision to make,” BC Liberal spokesperson Deanie Wong said in a statement to PressProgress.

“BC Liberal MLAs will continue to participate in Pride events in communities throughout BC, consistent with our support for the LGBTQ+ community and our commitment to fighting homophobia and transphobia in all forms.”

The BC Liberals could be banned from other Pride parades: As PressProgress reported this week, Victoria’s Pride Society has also called on the BC Liberals to take action against Throness.

“We would like to make clear that any future applications to the Victoria Pride Parade and Festival would be affected by a demonstrated tolerance within the Party for homophobic and transphobic views.”

NEW: A second Pride parade has called out Andrew Wilkinson’s BC Liberals for failing to take action on an anti-LGBTQ MLA.

Victoria’s Pride Society is warning the BC Liberals they could be excluded from future Pride parades.https://t.co/WoTuF7BkpK #bcpoli #yyj