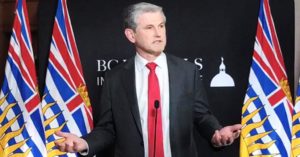 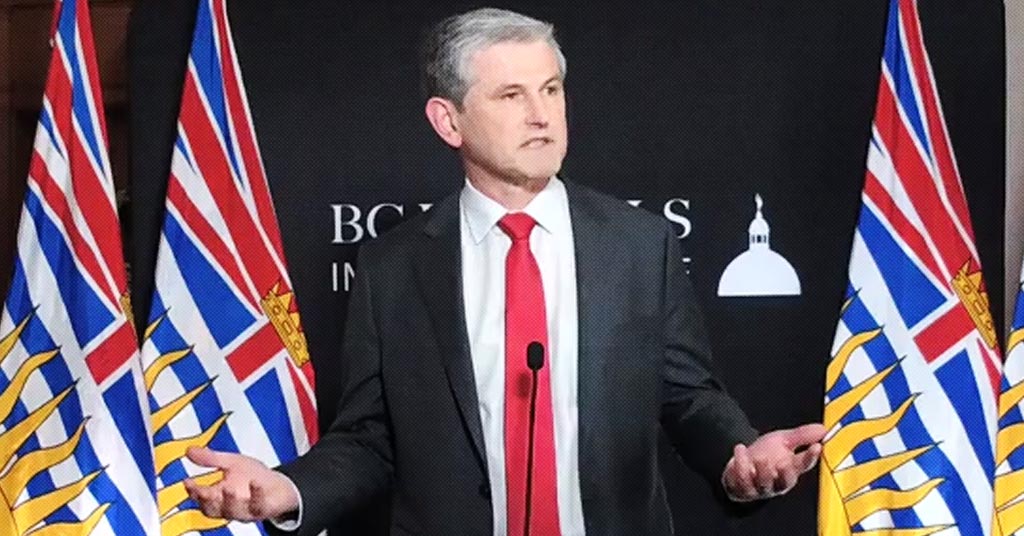 BC Liberal leader Andrew Wilkinson is pedalling backwards after suggesting that survivors of domestic and sexual violence are just people in a “tough marriage.”

During a radio interview Wednesday morning, a RedFM radio host asked the leader of the BC Liberal Party what he thought about the BC government’s throne speech, delivered in the legislature yesterday ahead of next week’s provincial budget.

In response, Wilkinson criticized a number of pledges announced in the speech, including the government’s plan to provide people fleeing domestic and sexual violence with five days paid leave from work:

“Well it’s a huge disappointment because there is absolutely nothing in it. They basically talked about what’s happened in the last two years and offered next to nothing for the future. They talked about guns in hospitals, which nobody has ever heard of. They talked about rural policing, and they talked about five days pay for people who are in a tough marriage and that’s it.”

However, later during a scrum with reporters, Wilkinson was asked if he regretted likening domestic violence to a “tough marriage.”

Asked directly if he’s “sorry,” Wilkinson did not apologize despite his earlier tweet, but instead said “I should have perhaps mentioned it on a more wide spectrum.”

This was the wrong choice of words and I got it wrong. Victims of domestic violence need their voices heard and our unwavering support, and I want everyone to know they have that with me. #bcpoli https://t.co/gp7qDTFrVs

According to data on the BC Public Safety and Emergency Services website, 79% of intimate partner homicide victims between 2008 and 2018 were women.

A 2014 report by the Canadian Labour Congress, written in partnership with Western University, found 53% of domestic violence survivors said abusive acts continued while they were at work. 81.9% of survivors  said domestic violence negatively affected their work performance.

“Legislating paid leave for people who experience domestic violence will provide economic security and stability in a vulnerable time in a person’s life when they likely cannot afford to be missing work. Paid domestic violence leave will mean that people will have the time needed to deal with the effects of violence, seek help and take steps to keep themselves and their children safe, including leaving a violent situation.”

Update: This article has been updated to include additional remarks Wilkinson later made during a scrum with reporters.