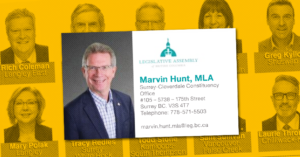 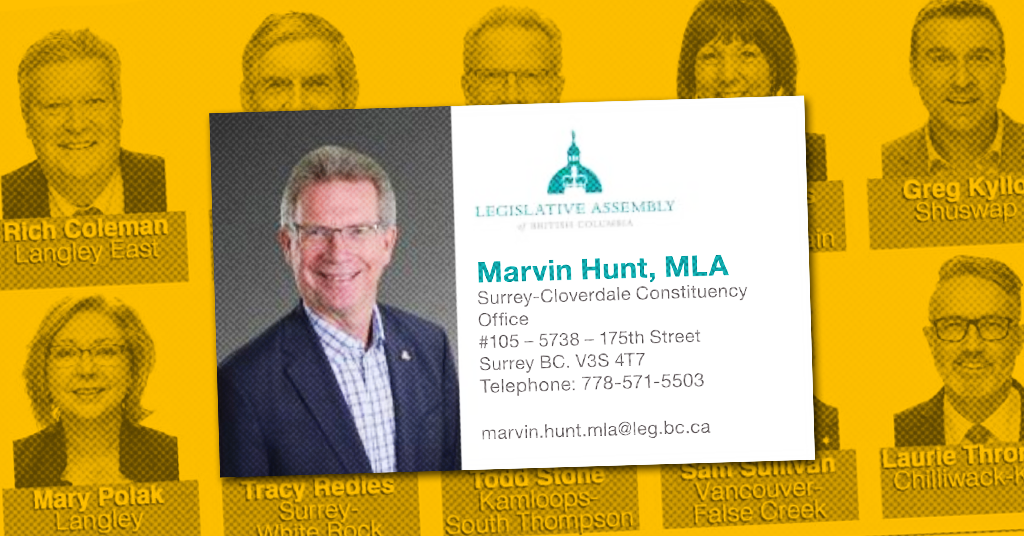 BC Liberal MLA Marvin Hunt is still running taxpayer-funded ads in an anti-LGBTQ magazine barely a week after his own party leader said it was “not acceptable” for BC Liberal MLAs to place ads in the publication.

Last week, PressProgress reported that more than one-third of all BC Liberal MLAs had billed taxpayers thousands of dollars for ads in Light Magazine, a Christian lifestyle publication that routinely publishes articles supporting conversion therapy and opposing LGBTQ and abortion rights.

BC Liberal Leader Andrew Wilkinson responded to PressProgress‘ original reporting by tweeting that his party would take “immediate steps” to review how it makes its advertising decisions.

In an interview later with Radio NL, Wilkinson went further, stating that it was “not acceptable” for his MLAS to buy ads in a publication that promotes homophobic and transphobic content.

Asked if his party’s MLAs would continue buying ads in The Light magazine, the Liberal leader said: “I can’t see that happening.”

There is no room in the BC Liberal Party for homophobia, transphobia, or any other form of discrimination.
Going forward, we are taking immediate steps to ensure our advertising decisions reflect those values at all times.

However, despite Wilkinson’s assurances, the exact opposite has happened.

The ads appear alongside articles on parenting advice and sex trafficking . 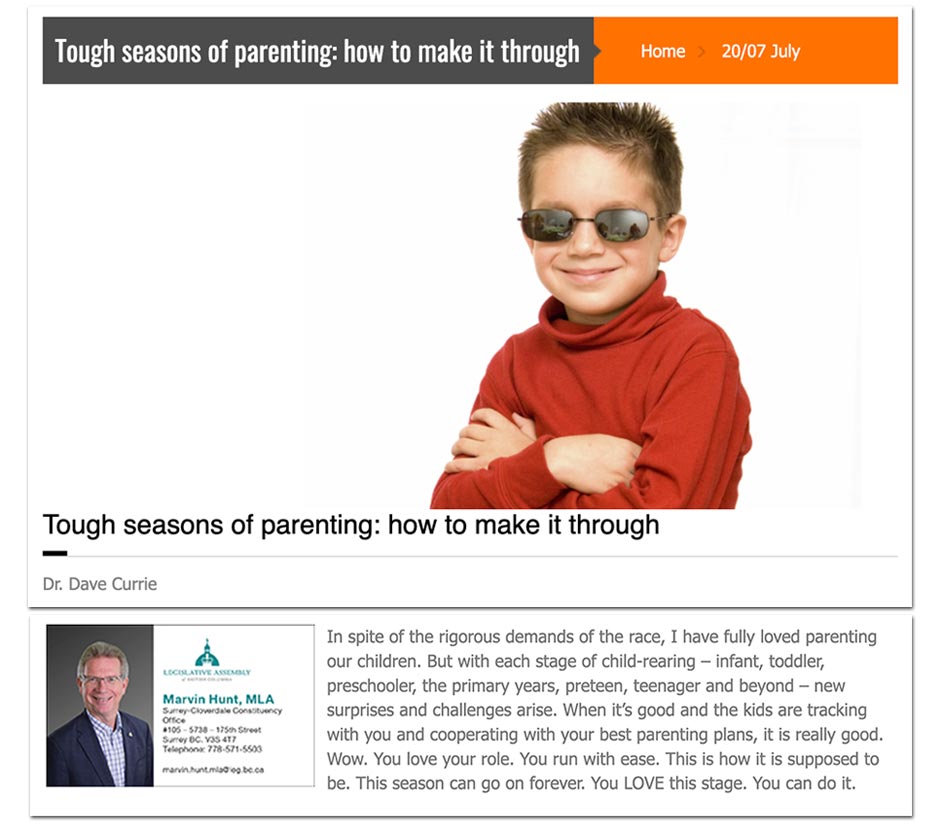 Hunt’s constituency office has been buying ads in the anti-LGBTQ magazine for some time.

In the magazine’s May 2020 edition, Hunt’s ad appeared in an anti-abortion article that falsely claims abortion causes cancer and complains that “the Supreme Court of Canada struck down Canada’s abortion law, opening the floodgates to abortion on demand. With no questions asked and no restrictions.”

The BC Liberal MLA’s ad appears directly below a blurb of text that compares abortion to an Old Testament plot to “exterminate the Jews.” 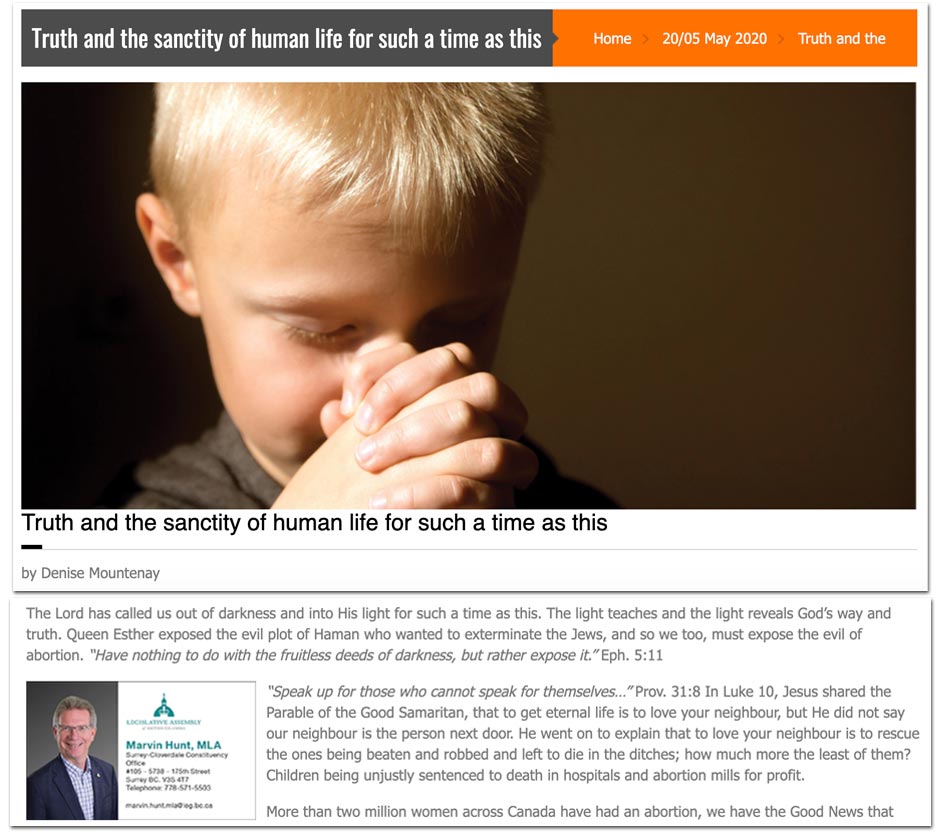 The article describes pornography as an “insidious plague” that “infiltrates minds behind closed doors” and Hunt’s ad appears directly below text that warns:

“With COVID-19 locking everyone to their computers, the rates of pornography consumption have skyrocketed. This is an important time for parents to be more vigilant than ever.” 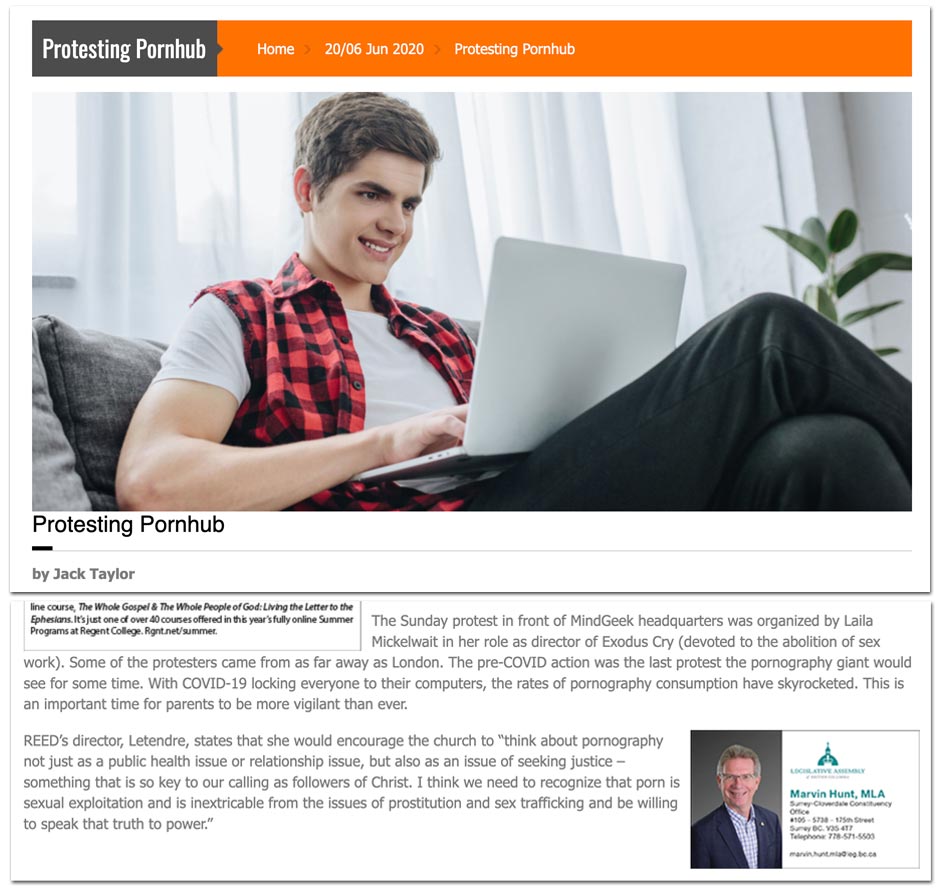 Hunt’s office did not respond to multiple requests for comment from PressProgress  inquiring about the ads in the July 2020 issue of the magazine and whether the MLA plans to continue buying ads in future issues.

Hunt’s colleague, BC Liberal MLA Laurie Throness, has also publicly refused to follow BC Liberal leader Andrew Wilkinson’s instructions, telling CTV News last week that he had no intention of cutting ties with the magazine.

Throness also defended an article in the magazine’s October 2019 edition that criticized a proposed provincial ban on conversion therapy on the grounds the article expressed opposition to kidnapping LGBTQ people.

Throness did not respond to a request from PressProgress asking him to clarify his views on conversion therapy.

Despite Throness and Hunt’s support for the magazine, BC Liberal MLAs whose ads previously appeared in the magazine, including MLAs Todd Stone, Joan Isaacs and Tracy Redies, have publicly stated they will stop buying ads in Light Magazine.

My office will no longer be advertising in the Light Magazine, and we are reviewing all of our office advertising decisions to ensure publications are consistent with my values moving forward. 3/3

I was also shocked when I heard this-the content featured in Light Magazine does not reflect our party’s values or my personal values. I’ve many friends in the LGBTQ community-I am sick & sorry we/I have supported a magazine with some views that have no place in a just society. https://t.co/N6AWQ3VqG1

A spokesperson for the BC Liberal caucus also did not respond to requests for comment from PressProgress.

Update (July 8): Following publication of this story, Marvin Hunt’s ads were removed from Light Magazine’s July 2020 online articles. Neither Light Magazine nor the BC Liberals provided a statement explaining the decision to remove the ads.