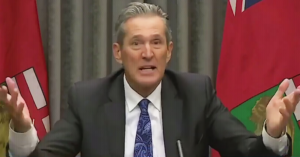 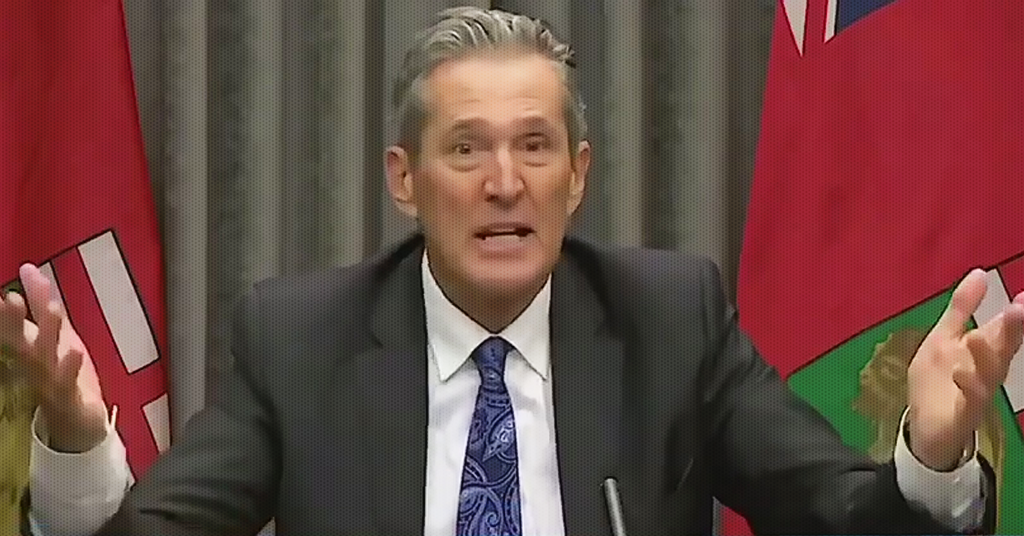 Brian Pallister’s government has stacked Manitoba’s regional health boards with appointees from corporate or business backgrounds while simultaneously picking only a small handful with real health or medical experience.

According to a new analysis of Manitoba’s regional healthcare board members by PressProgress, only 13.5% of board appointees are trained healthcare professionals. Meanwhile, over half of all health board appointees (55%) have corporate or private sector business backgrounds. 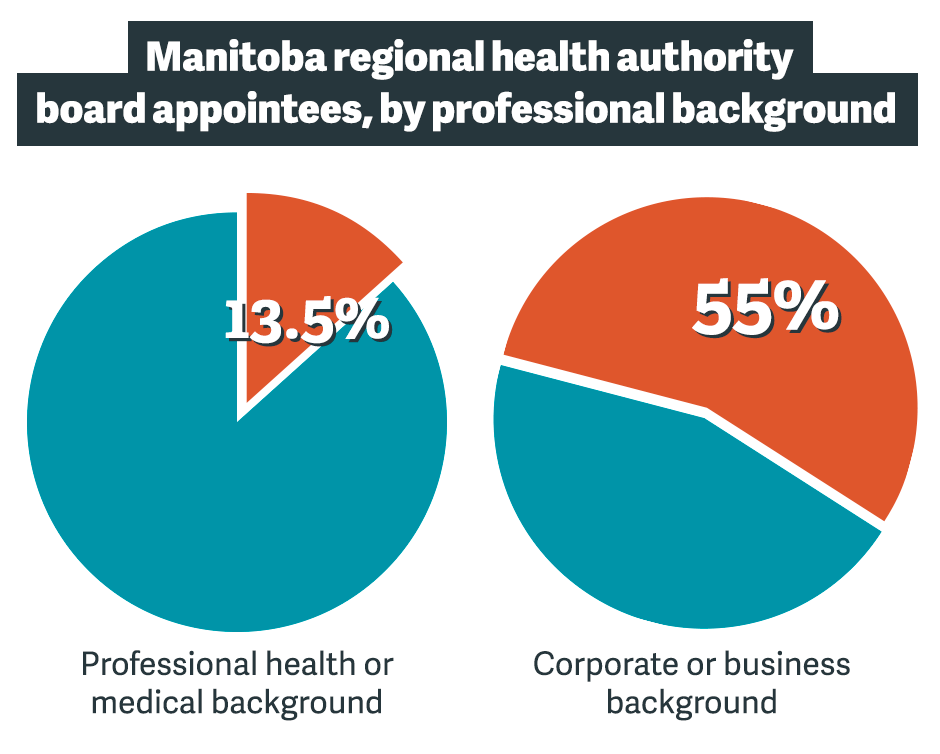 Neither the Minister of Health, Shared Health nor Manitoba’s five boards responded to questions about the composition of regional boards or the qualifications of their members.

All board members are appointed by the Minister of Health to terms that may not exceed three years. The current board compositions were established in May 2020, well after Pallister’s Progressive Conservatives came to power in 2016.

At the same time, at least 32 of Manitoba’s 59 health board appointees are drawn from the business sector, including corporate executives and CEOs, corporate lobbyists, chamber of commerce members and other business people.

In fact, three of Manitoba’s regional health boards are chaired by prominent names from the business community with no relevant expertise in healthcare:

Manitoba Health Coalition Director Brianne Goertzen said it’s clear the Pallister government’s appointees don’t reflect the communities they are supposed to serve — and she questions their qualifications to make healthcare-related decisions too.

“It’s very clear from the composition of these boards that it does not look like the Manitoba I know,” Goertzen told PressProgress. “When we’re talking about healthcare, it should be a direct reflection of the population it serves.”

“If you have a number of people just from private business, do they fully understand healthcare systems as it actually is operational on the ground?”

Goertzen said that when when looking at the “kind of composition of boards” the Pallister government is creating, it’s important to ask: “What kind of sentiments and belief systems do they have in relation to public healthcare as a public good?”

Lynne Fernandez, a researcher at the Canadian Centre for Policy Alternatives, said she does not find it “terribly surprising” that Pallister’s government is stacking health boards with business people.

“That’s what Conservatives do,” Fernandez said. “They’re the party of corporate Canada, so they’re going to put corporate people on their boards.”

“Just by virtue of their own DNA and the way they think and their own ideology, they are going to run things the way a conservative government wants them run, which is using business acumen and free market ideologies to come to what they consider to be a more efficient way of running things.”

“This is what’s led to all the cuts that we’ve seen in healthcare too,” Fernandez said. “It’s that kind of thinking that gets into these things and things deteriorate.”

She points to Nova Scotia, which consolidated all of its regional health boards into one in 2014: “Certain areas of the province are left with less services because of this misunderstanding of regional differences and the ability to access healthcare.”

Chris Parsons of the Nova Scotia Health Coalition told PressProgress the merger “saved no money, reduced accountability and transparency and created a bloated bureaucracy which is too cumbersome to respond to local needs.”

“It’s been a disaster in Nova Scotia and no province should emulate this broken model.”

He pointed out the government partially reversed the merger last year in response to public pressure, though not to the degree health care advocates hoped for.

Manitoba’s Bill 10 also changes requirements for community consultation and removes references to Local Health Involvement Groups. These groups are made up of community members who advise regional boards on local health issues.

“Pointing out that a significant portion of the boards are composed of private business, non-related to the health care sector is important, but what’s also missing is the voices of the community and the people who access those services,” Goertzen said.

Bill 10 was reintroduced for the third time in October but has yet to become law.