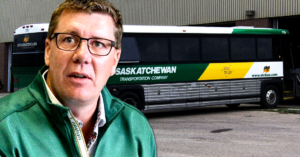 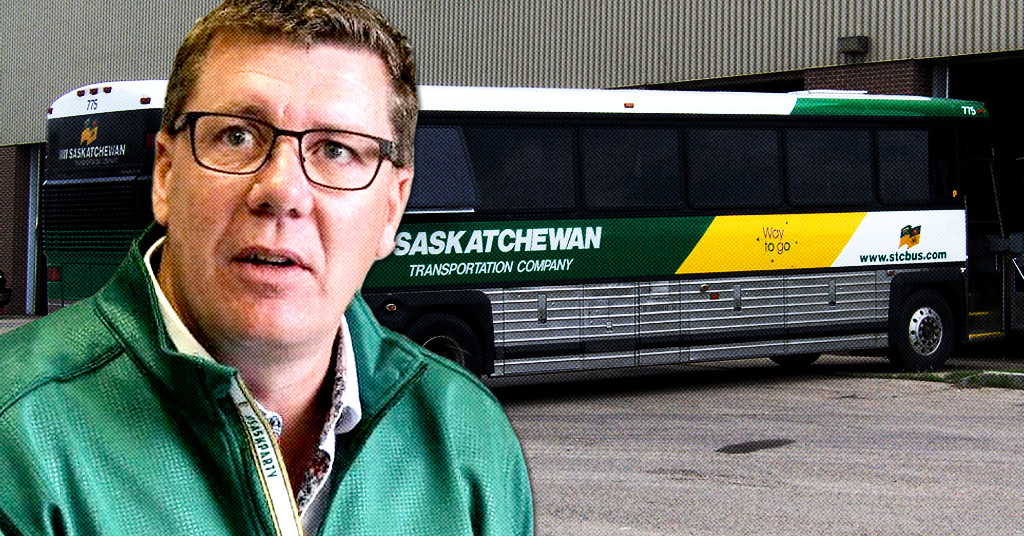 One of the Saskatchewan Party’s corporate donors was given a $60 million contract to deliver medical supplies shortly after the province shut down the Saskatchewan Transportation Company and privatized public medical courier services.

The STC was a provincial crown corporation that provided intercity bus routes for over 200,000 people in the province. It was also used to transport medical supplies like blood plasma, pharmaceuticals and vaccines between Regina, Saskatoon and the province’s rural communities.

In 2017, the Sask Party government abruptly shut down the STC after over 70 years operating in Saskatchewan.

LifeLabs, a privately-owned laboratory services provider, is among a patchwork of private, for-profit companies who now provide courier services for rural communities in the absence of the STC.

In 2018, LifeLabs was awarded a 7-year contract worth $60 million from the Saskatchewan Health Authority to provide “community laboratory collection services.”

LifeLabs also received $631,006 from the Saskatchewan Health Authority in 2017, although the SHA annual report does not specify which service was provided.

The company was already well-positioned to take over from STC. In 2016, 3sHealth, a non-governmental agency that provides services to the public health sector, gave LifeLabs a 3-year contract for “the supply of provincial courier services” in four health regions, including “rural courier services.”

3sHealth confirmed to PressProgress that “LifeLabs was awarded the majority of the 2016 courier contract,” with the remainder going to Dynamex.

“LifeLabs has been providing lab courier service to and from SHR rural lab sites roughly since the closure of the STC,” health workers reported to SEIU-West in 2017.

Provincial healthcare workers complain that the privatized arrangement is not an efficient use of healthcare resources or taxpayer’s dollars.

“Right now we are paying private companies and cabs to transport all over the province,” one healthcare worker told SEIU-West. “One cab ride can cost upwards of $400.”

“Transportation is a nightmare for both the shipping site and receiving site. It was much simpler with STC,” another worker said.

Jacob Alhassan, a PhD Candidate at the University of Saskatchewan College of Medicine, interviewed health care workers to assess the health impacts of the STC closure.

“The STC was a very standard system that was integrated into the healthcare system in such a way that things could be planned easily,” Alhassan told PressProgress.

One worker told Alhassan in 2019 that they’re “having to rely on private courier services” — “Sometimes it’s frozen, sometime’ its too hot – we are throwing out thousand of dollars of medication – we never know when medication is showing up.”

“It’s really hard to tell someone with cancer you can’t have your medication today because your drugs didn’t show up.”

“One of the big recommendations in my advocacy brief is that they should do an audit of the entire health system,” Alhassan said.

JoAnn Jaffe, a sociology professor at the University of Regina, co-founded the grassroots group Save STC to fight the shutdown. The group also requested a social and financial audit of the STC from the government.

“I know the provincial auditor received over 50 audit requests – they’re quite extensive,” she told PressProgress, adding the Sask Party never explained their numbers to justify the closure.

Save STC also fundraised for an independent audit in 2017 but were unsuccessful.

Neither LifeLabs, the SHA or the Ministries of Health and Highways and Infrastructure returned PressProgress’ requests for comment.

Corporate donations are a major source of funds for the Sask Party, accounting for $1.2 million in funds in 2019 alone.