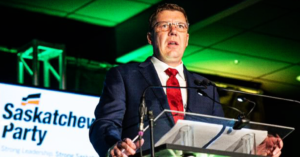 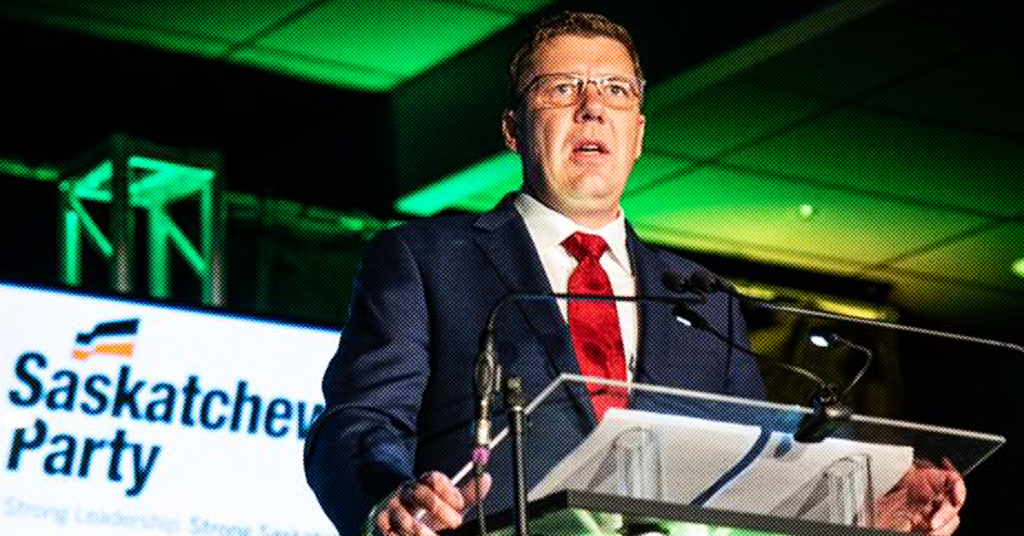 Don’t let the Saskatchewan Party’s name fool you — Premier Scott Moe’s party is actually funded with corporate cash flowing into Saskatchewan from corporate donors located outside of the province.

According to a new analysis of Elections Saskatchewan donation records reviewed by PressProgress, the governing Sask Party collected $3.4 million donations in 2019. 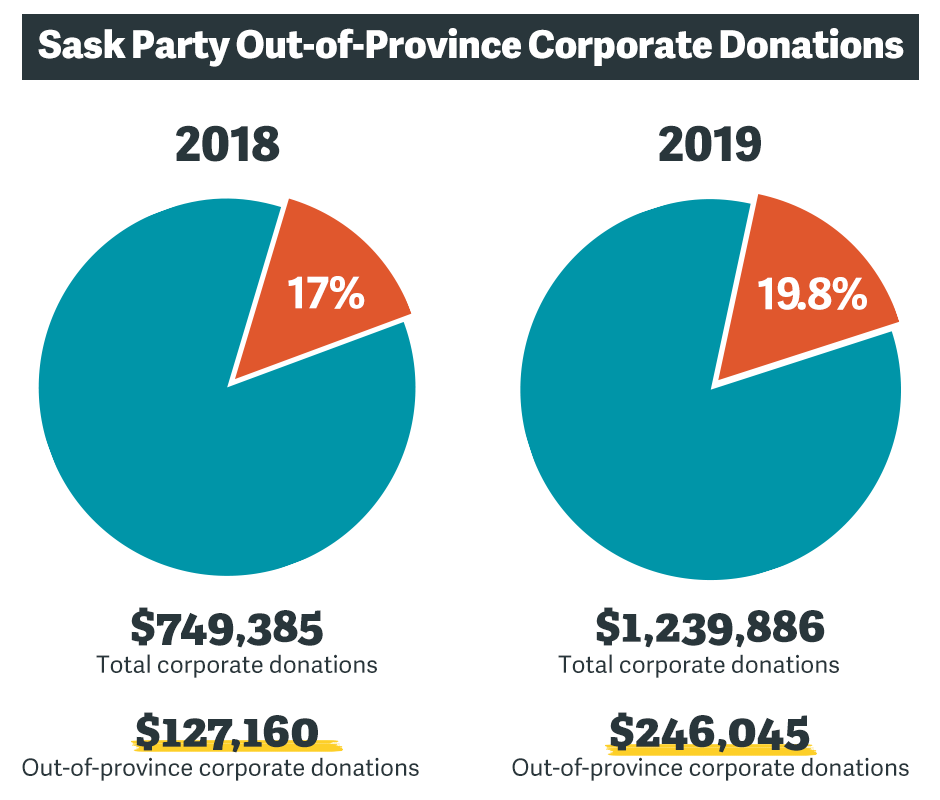 About half of the Sask Party’s 2019 out-of-province corporate donations ($134,345) came from corporations based in Alberta — largely from the oil & gas industry.

Saskatchewan has been called the “Wild West” of campaign finance laws and is one of only two provinces that allows unlimited individual and corporate donations, including from companies not based in Saskatchewan or Canada, something that allows Moe’s Sask Party to raise money from the same wealthy business interests lobbying their government.

A 2012 CCPA report titledMapping Corporate Power in Saskatchewan noted that “the only legal reason for their executives to give away the shareholders’ money is that the gift will advance their business.”

Enoch described the province’s political financing laws as a “system where it seems like the highest bidder can influence the government and it doesn’t matter where they’re from or what interests they have, as long as they have a fat cheque book.”

“By allowing unlimited donations from businesses and other organizations, including from outside of the province, you’re essentially violating that democratic principle of ‘one person, one vote’ in every way,” Conacher said.

Conacher explained that this is “endangering the people of Saskatchewan by allowing foreign business to have undue, unethical influence over Saskatchewan politics and the government.”