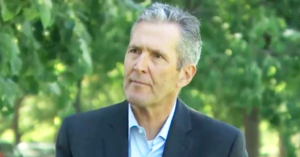 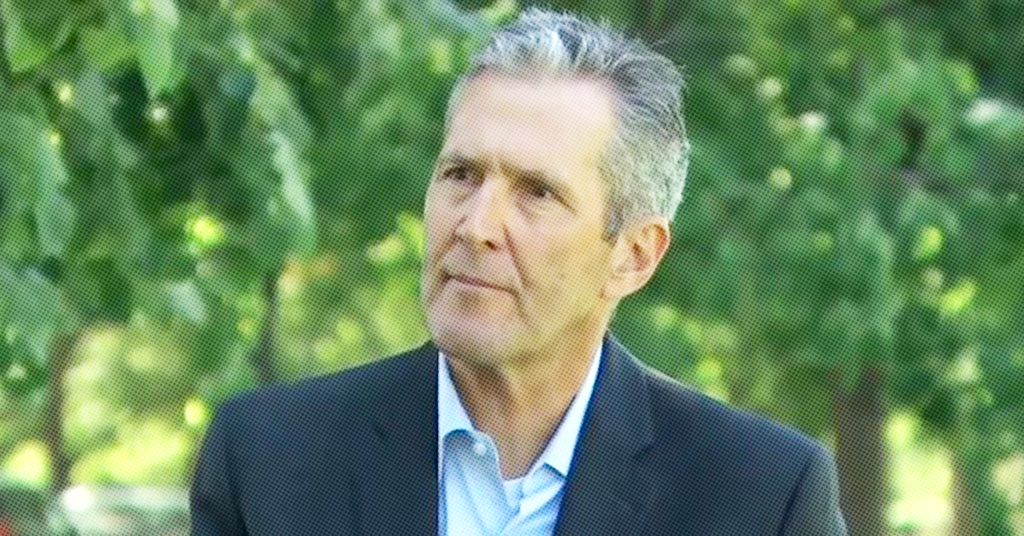 Brian Pallister’s government is doubling-down on a letter sent to the administration of the University of Manitoba spelling out its expectation that post-secondary workers must be made to accept a wage freeze.

The move comes only months after Manitoba’s top court struck down legislation freezing public sector wages because it was unconstitutional.

In the letter, newly obtained by PressProgress, Finance Minister Scott Fielding instructed university administrators not to offer any wage increases to the University of Manitoba Faculty Association (UMFA) next year.

The letter instructs the university to make budget reductions of 2.5% instead.

A government spokesperson said the finance minister stands by what he wrote in the letter to the University of Manitoba.

“The letter speaks for itself,” the finance minister’s spokesperson Andrea Slobodian told PressProgress, describing the wage freezes and cuts as being part of Manitoba Premier Brian Pallister’s “all-hands-on-deck approach” to the pandemic.

“All Manitobans are facing the massive challenges caused by COVID-19 and many families do not have protection from outright job loss and income disruption, much less seek compensation increases during these difficult times.”

“The letter notes it is up to UMFA and the university to find the savings in a way they mutually agree upon.”

The letter, which dated August 18, 2020, tells the university that it is the government’s “expectation” that “no compensation increases occur during the 2020/21 year” and that the university find “workforce expenditure budgetary reductions of 2.5%”:

“I therefore confirm government’s expectation that no compensation increases occur during the 2020/21 year. Moreover, in light of the modest workforce expenditure reductions already made voluntarily by the University’s other bargaining units, I confirm that workforce expenditure budgetary reductions of 2.5% respecting UMFA should be achieved flexibly, in a matter mutually acceptable to UMFA and the University.” 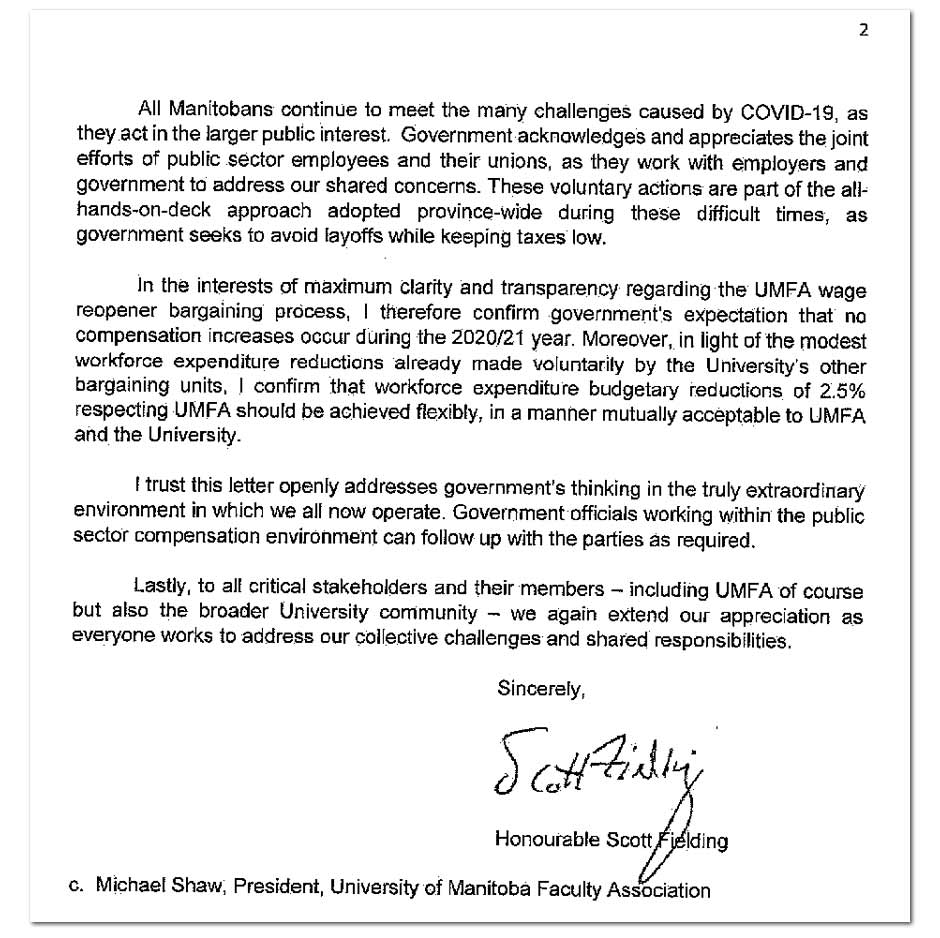 UMFA President Michael Shaw says the Pallister government’s calls for austerity stand at odds with the fact that enrolment at the university is up 9%.

The letter marks the second time the Pallister government has intervened in negotiations between UMFA and the U of M.

In 2016, the government instructed the U of M to withdraw wage increases it had offered UMFA during bargaining. Shortly after, the government introduced Bill 28, the Public Sector Sustainability Act, legislation for a two year wage freeze for over 100,000 public sector workers.

But both these actions backfired. In 2017, the Manitoba Labour Relations Board fined the U of M 2.4 million dollars for “bad faith bargaining” when it complied with the government’s intervention. Earlier this year, the Manitoba Court of Queen’s Bench found the Pallister government’s “draconian” Bill 28 violated the Charter of Rights and Freedoms, with Justice Joan McKelvey criticizing the government’s “substantial interference” in collective bargaining.

Shaw told PressProgress UMFA’s current collective agreement was reached “under duress” and includes a clause requiring wage negotiations to re-open in the fourth year should Bill 28 be found illegal.

“Our offer right now on the table is an attempt to reclaim what was illegally taken off the table – not more than what they had already offered,” Shaw said. “We’re now bargaining to say, ‘That offer you had on the table four years ago, we want that back.’”

UMFA is the first large public sector union to enter collective bargaining after Bill 28 was ruled illegal. Shaw believes the government wants to use UMFA as an example to deter other unions from asking for wage increases.

Fielding’s letter argues other U of M unions had “voluntarily” made workforce reductions, however, CUPE 1482, which represents U of M engineering staff, told PressProgress this was false — management had terminated or failed to continue several casual positions, but the union had never agreed to it.

David Camfield, a labour studies professor at the University of Manitoba, said the government’s letter appears to be the latest tactic in its broader pursuit of austerity.

“Rather than doing it through legislation, they’re doing it as a policy directive, which means it’s not subject to any kind of legal challenge,” Camfield told PressProgress.

“Having failed to uphold the Bill 28 in the courts — although they’re appealing — the government is trying to achieve the same kind of objective simply by telling employers in the public sector, ‘Thou shalt not grant a wage increase.'”

The head of the faculty association said they asked the university for binding arbitration, arguing that a prolonged labour dispute is not in the best interests of staff or students, but the university refused — leading UMFA to obtain a “phenomenal” strike mandate from its members last weekend.

On Thursday, UMFA announced a strike would begin on November 16 at 9 am if the university was not able to settle through a mediator or agree to binding arbitration by November 14.

A U of M representative told PressProgress administration had agreed to mediation, but would not publicly comment on any other bargaining issues.


Clarification: This story has been updated to clarify UMFA has announced a possible strike on Monday, November 16. This detail was ambiguously worded in an earlier version of this story.