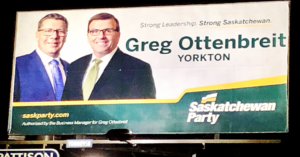 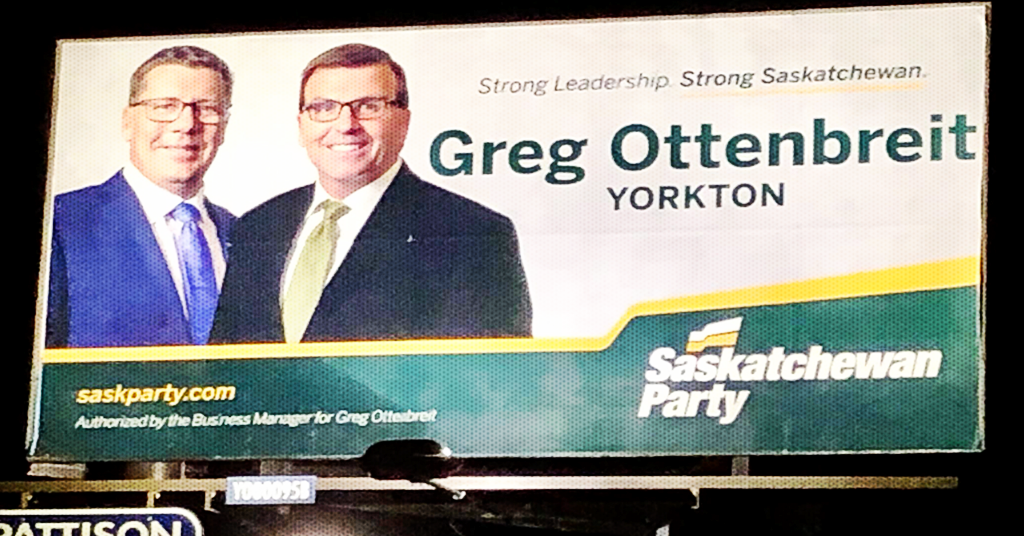 Saskatchewan’s Minister of Highways and Infrastructure Minister has been sharing questionable messages from a pair of Texas pastors who preach extreme views, including one known for railing against “homosexuals” and another who authored a book that warned of the end of the world.

On Sunday, Greg Ottenbreit, who is a candidate for Scott Moe’s Saskatchewan Party in the province’s 2020 election, tweeted out a Thanksgiving message to his followers: “If you need an inspirational message today, watch this.”

Ottenbreit shared video of a sermon by Texas Pastor Ed Newton, someone the Sask candidate said he and his wife have met in person. He added that he’s “enjoyed his messages daily for a a week late last year while on a break.” 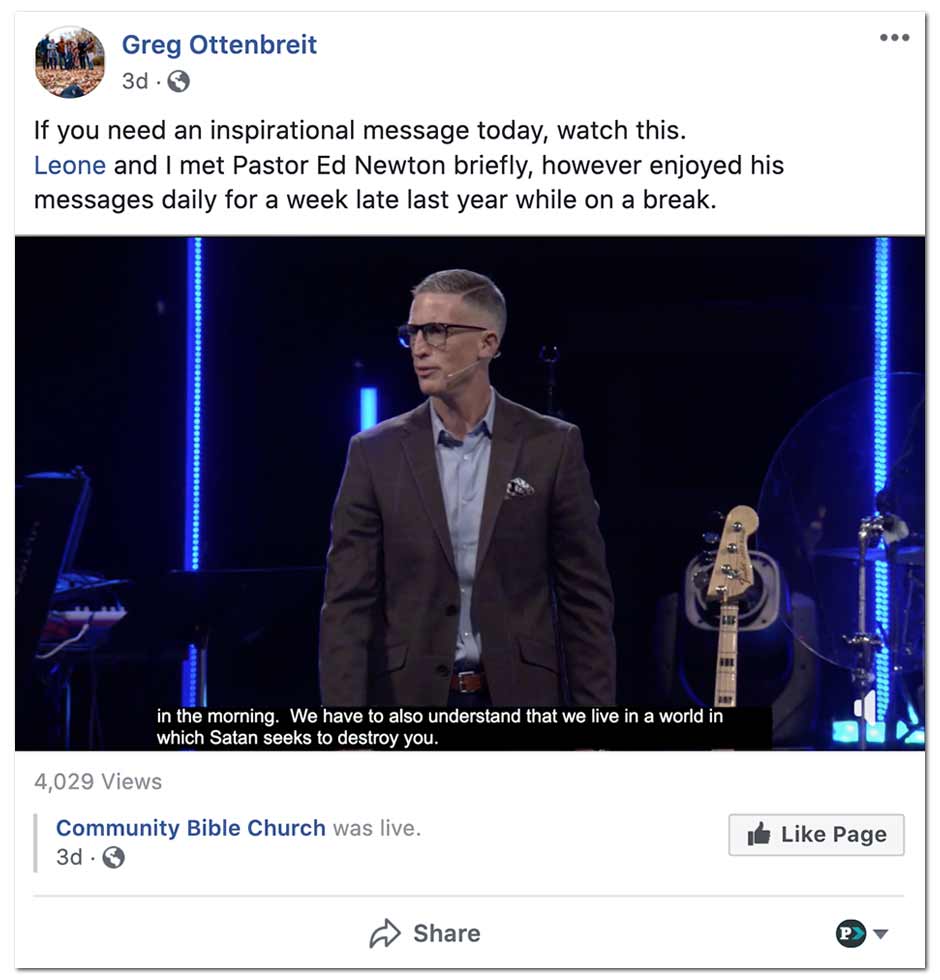 Newton is the lead pastor at the Community Bible Church in San Antonio Texas, an evangelical megachurch, who has taken questionable public positions on LGBTQ rights.

Last year, when San Antonio denied Chick-Fil-A a permit to open a franchise at its airport, owing in large part to the company’s long history of funding anti-LGBTQ organizations, Newton attended city council meetings to voice his opposition.

“This conversation is bigger than Chick-fil-A,” Newton told NPR. “The bigger conversation is that … any individual, any organization would not be vilified based on their particular belief.”

Newton’s megachurch has promoted services to recover from “same-sex attraction” on a section of its website that lists “homosexuality” under “addictions.”

Neither Ottenbreit nor Newton’s megachurch responded to requests for comment from PressProgress.

However, this is not the only time Ottenbreit has promoted controversial preachers.

Hagee is a vocal supporter of Chick-Fil-A, an anti-abortion activist and a notorious anti-gay speaker who previously claimed Hurricane Katrina was God’s punishment for gay rights.

In the past, Hagee has referred to the Roman Catholic Church as “the great whore,” claimed Adolph Hitler was fulfilling God’s will and promoted conspiratorial views about Jewish people.

Despite this, Ottenbreit recommended a “documentary” about Hagee’s prophecies about the “blood moons,” something the Saskatchewan Party minister described as “very interesting.”

In 2013, Hagee authored a book titled “Four Blood Moons: Something is about to change” claiming that God is sending elaborate signals to planet earth to warn humanity that the end times are upon us.

The so-called “blood moon prophecy” claims six lunar eclipses, all coinciding with Jewish holidays, would trigger a war in Israel and usher in the return of Jesus Christ.

Hagee later served as executive producer on the documentary, which claims the apocalypse will bring to fulfillment a series of events that include Christopher Columbus’ discovery of the Americas in 1492 and the founding of the state of Israel in 1948.

According to Hagee, Judgement Day was set to happen on September 27, 2015 — just over five years ago.

Hagee did not respond to a request for comment from PressProgress.