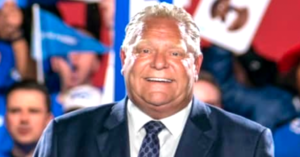 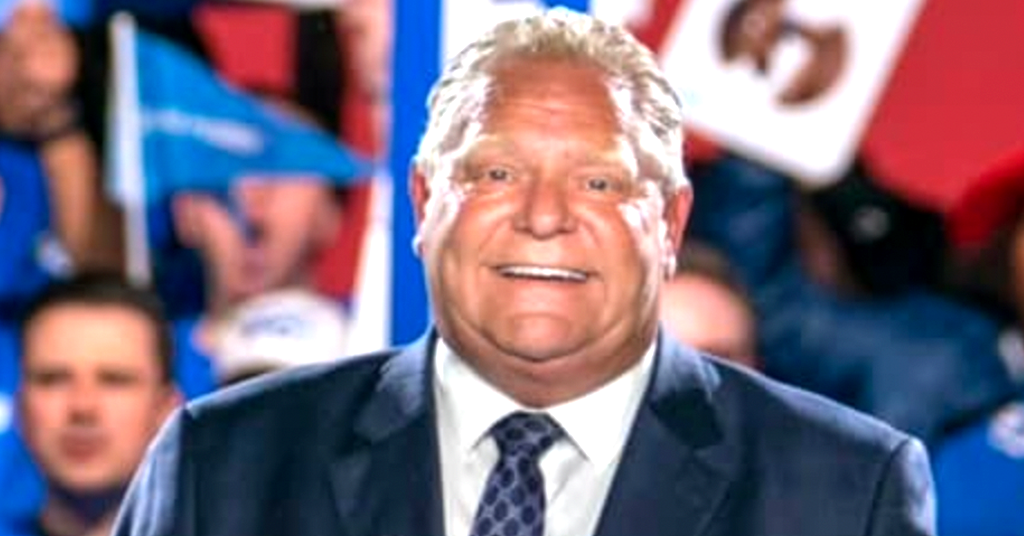 Doug Ford has repeatedly made headlines for getting into fights with Ontarians, ignoring important problems and getting booed

As Ontario Premier Doug Ford seeks a second term, his first term was marked by constant head butting with teachers and health care workers, tenants and people on social assistance, as well as parents of autistic children.

Ford got passed a highly controversial law to gerrymander municipal elections in Ontario’s biggest city while ignoring Ontario’s second biggest city as it struggled with a far-right occupation and weeks-long power outages.

Here is a look back on the headlines that summed up Doug Ford’s last four years:

Headlines about Doug Ford and democracy

‘A direct affront on democracy’: Calgary Mayor Naheed Nenshi, who has also been critical of the size of Toronto’s council, blasts Ontario Premier Doug Ford for how plan was handled. https://t.co/ExDh3KPPCy

6. ‘Doug Ford will do anything to cling to power’: Premier invokes notwithstanding clause

7. PC Leader Doug Ford pressed on why he’s not taking more questions from the media

8. Toronto residents oppose Ford’s use of notwithstanding clause: Poll

Headlines about Doug Ford and racism

Ontario premier Doug Ford refuses to apologize for comments about immigrants and ‘the dole’ https://t.co/maeiYIhi9l

13. Premier Doug Ford backtracks on comment that there is no systemic racism in Canada

14. Ontario Premier Doug Ford refuses to apologize for comments about immigrants and ‘the dole’

Headlines about Doug Ford and women

Even before my time, @Chatelaine (and the one and only @rachelagiese) had Doug Ford’s number. (From 2018) https://t.co/ktQ0wBpApd

18. What Doug Ford Says About Women Says Even More About Him

19. A partial list of attacks on women’s rights under Doug Ford

23. Ford cuts all provincial funding to Ontario College of Midwives

Headlines about Doug Ford and education

24. Ontario Reverts to 1998 Sex-Ed Curriculum in a Win for ‘Trump-Like’ Premier Doug Ford

28.  Doug Ford wants education in Ontario to be more like education in Alabama. Here’s why that’s a bad idea.

35. OSAP trends on Twitter as student outrage grows over loan and grant estimates

40. Many Nurses in Ontario May Be Unable To Get Paid Sick Days Because of Doug Ford’s Bill 124

41. Private Company That Took Over Long-Term Care Home After 27 Died Has a Number of Ties With Doug Ford’s PCs

Headlines about Doug Ford and cuts to services

42. Here’s a list of cuts and program changes the Ford government has backtracked on

43. Here’s everything the Doug Ford government cut in its first year in office

45. The Ford government spent its first year slashing. Here’s who got burned.

46. Doug Ford announces that cuts to municipal public health and childcare programs will go ahead

Headlines about Doug Ford and the environment

50. Money talks, and the Ontario government’s pre-election budget doesn’t spend much on climate

53. Ford’s climate record isn’t a top election issue. Here’s why some critics are trying to change that

65. How Uber got almost everything it wanted in Ontario’s Working For Workers Act

66. Doug Ford’s Plan to Help Gig Workers Makes It Easy to Misclassify Workers and Pay Them Less Than Minimum Wage

67. “No more confusion about Doug Ford”: the fight for decent work in Ontario

70. Ford government fails to implement law to protect temp workers that was left dangling by Liberals

72. Ontario criticized for raising minimum wage by only 10 cents

74. 30 Ontario inspectors laid off despite Doug Ford promise no one will lose jobs

78. Devastating to watch’: Private long-term-care homes have seen some of Ontario’s worst death rates – but Doug Ford’s new funding set them up for decades of profits

79. Doug Ford is spending billions to expand nursing home chains with some of the worst COVID-19 death rates

81. Party of Profits: Ontario Tories and the profit motive in long-term care

Headlines about Doug Ford and COVID-19

82. Doug Ford, In the Middle of a Deadly Pandemic, Calls Paid Sick Days a ‘Waste of Taxpayers Money’

86. Doug Ford scrambles to learn how to work from home after aide tests positive for COVID-19

87. ‘We made a mistake’: Emotional Premier Doug Ford apologizes for controversial COVID-19 restrictions

Headlines about Doug Ford and housing

91. Residential eviction ban for Ontario tenants comes with some exceptions

92. ‘Where is the compassion’: During Doug Ford’s eviction ban last year, this Toronto complex was the site of more eviction applications than any other in Ontario

93. Doug Ford Wants to Charge $25K to Record People Getting Evicted on Zoom

95. Doug Ford has promised a second ban on evictions, but no one knows what that will look like

Headlines about Doug Ford and the Convoy occupation

BREAKING: Ontario Premier Doug Ford was snowmobiling on Feb 5, as the City of Ottawa was under siege and dealing with an insurrection.

The premier acknowledged that he was at the cottage. https://t.co/n2r9DbYslz#onpoli

97. Where has Doug Ford been during Ottawa emergencies? Someplace else

99. Premier Ford was in Muskoka area as Ottawa dealt with escalating convoy protests

100. Doug Ford and Jim Watson Have No Records of Man Who Held Secret Negotiations With Ottawa Convoy Leader