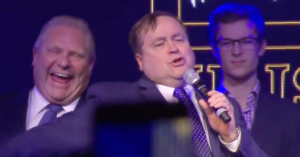 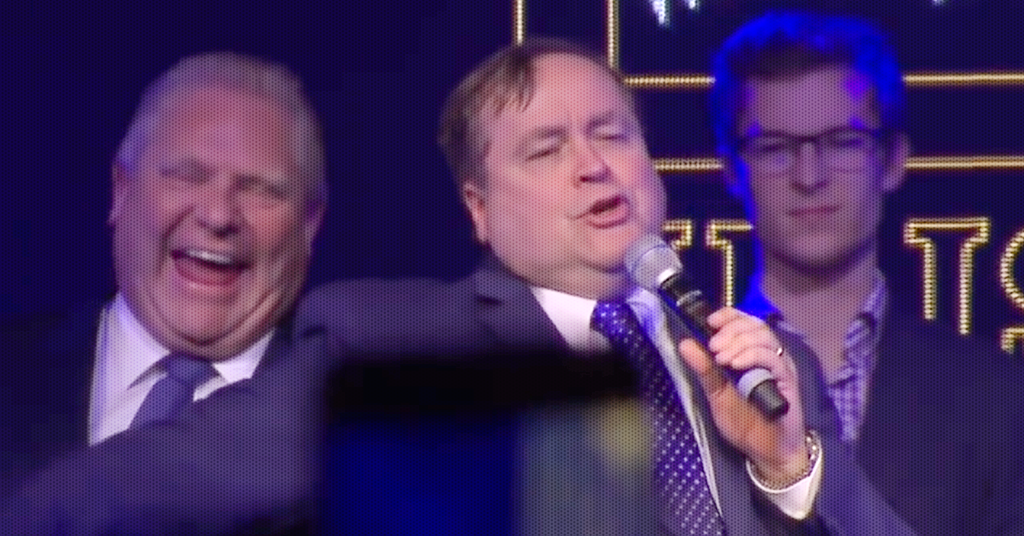 A right-wing bible college that Doug Ford’s government is moving to give the power to grant arts and science degrees used its charitable resources to provide support to a TV channel run by an American televangelist who spreads COVID-19 conspiracies and inaccurately predicted the rapture would occur in 2015. 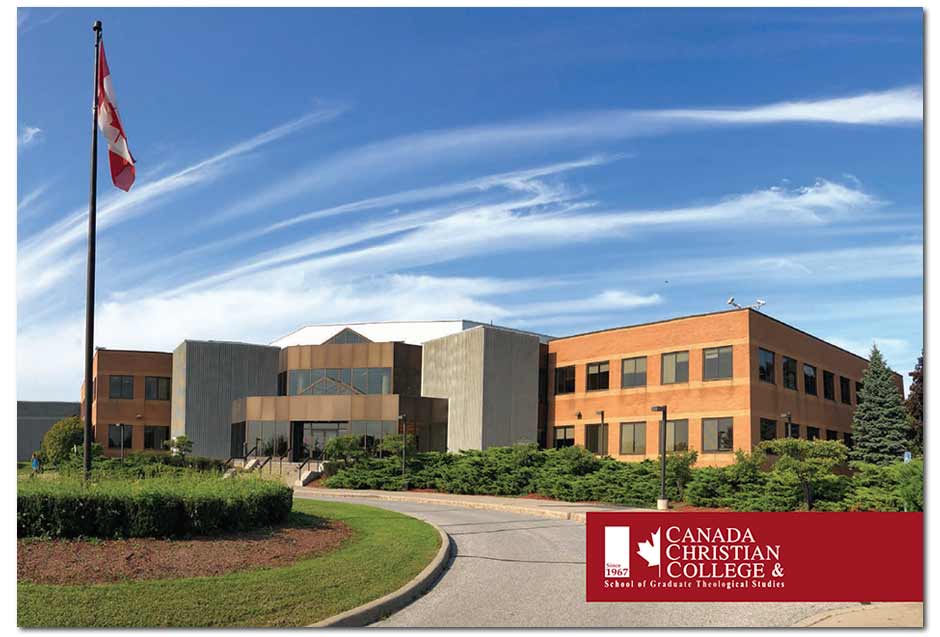 The college operates out of a commercial business park in Whitby, Ontario where it has also hosted social conservative and far-right political events.

Other directors include Richard Pearson, founder of a group called ProphesyUSA, which claims we are “fast approaching”  the “Second Coming of Christ,” and John Hagee, a Texas televangelist who made headlines claiming Hitler was fulfilling God’s will and that Hurricane Katrina was God’s punishment for gay rights. 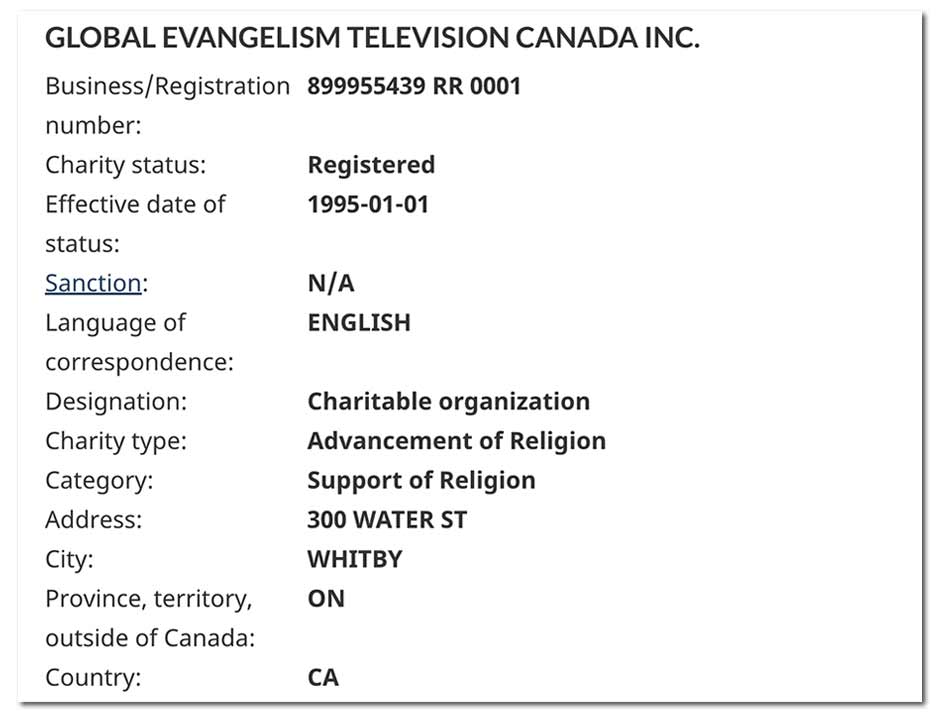 Global Evangelism Television describes itself as an “Internet-based video channel with a mission to preach the Gospel of Jesus Christ to the ends of the earth,” featuring “‘live’ and ‘on-demand’ programming’,” including Hagee Ministries’ sermons and Sunday services.

A representative of Hagee Ministries explained to PressProgress there is effectively “no difference” between “the different facets” of Hagee’s televangelical empire. “‘Global Evangelism’ is the umbrella that everything is under.”

Hagee Ministries, which is a subsidiary of Global Evangelism Television, regularly publishes videos of Hagee’s sermons on YouTube, covering topics ranging from abortion to the “moral and spiritual darkness of socialism.”

In one recent video, titled “Coronavirus: Dress Rehearsal for the New World Order,” Hagee accuses the World Health Organization of using the pandemic to lay the groundwork for a “one world government” and falsely claims doctors are forging death certificates to exaggerate the impact of COVID-19.

“Our economy will emerge into a one world economy, a one world government, a one world religion and a one world currency,” Hagee states. “The whole world will be under the iron hoof of the Antichrist.”

Although Global Evangelism Television Canada lists Canada Christian College as its registered address, filings show the Canadian charity spends a significant amount of its money outside of Canada.

CRA filings show most of that money was covered by two transfers of money: $664,449 to the“NFL Media Group,”  a subsidiary of the National Football League, while another $608,605 was transferred to Hagee Ministries in San Antonio.

Canada Christian College has itself directly transferred money to Global Evangelism Television Canada between 2015 and 2018, although that amount totalled $600.

“I want you to hear very clearly — that at Canada Christian College, you will join a community of believers and scholars who will structure your life and mould you into the image of Christ,” Hagee said in a 2017 ad.

Neither McVety nor Canada Christian College responded to requests for comment from PressProgress.

Hagee is perhaps best known for his 2013 book: “Four Blood Moons: Something is about to change.”The book claims God is sending signals to planet earth in order to warn humanity that the end times are upon us.

According to Hagee, six lunar eclipses — all coinciding with Jewish holidays — will spark a war in Israel that will set the rapture in motion. Hagee describes this as the “blood moon prophecy.”

According to Hagee, the end of the world was set to happen on September 27, 2015 — just a little over five years ago.