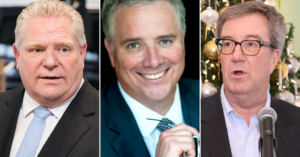 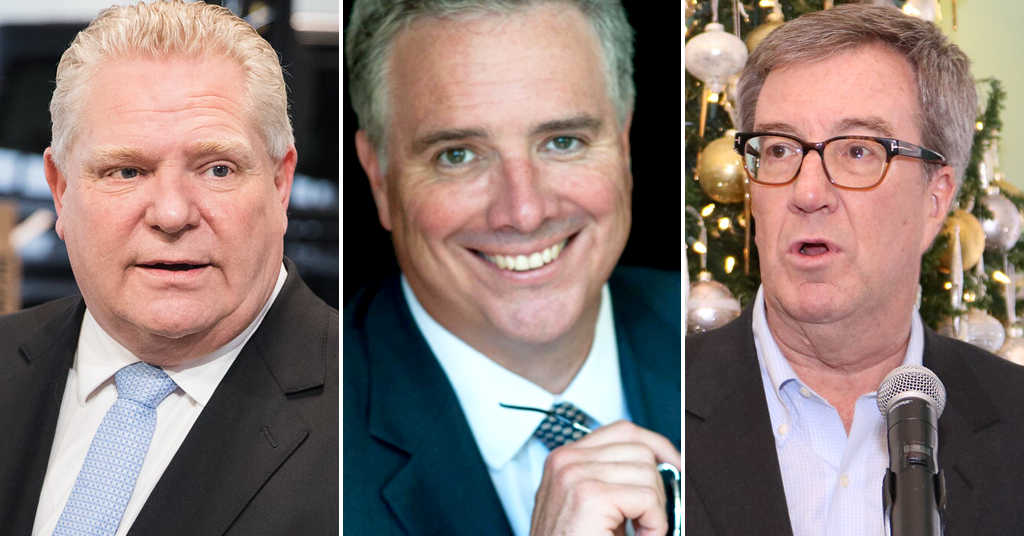 The offices of the Premier of Ontario and Mayor of Ottawa have no records relating to the man who led secret negotiations with convoy occupation leaders – Doug Ford’s long-time personal friend and former Chief of Staff, Dean French.

The sensitive negotiations, which took place through a secret “backchannel” between French and convoy leader Tamara Lich, resulted in a triumphant announcement from Ottawa Mayor Jim Watson on February 13 that the City of Ottawa had brokered a deal with convoy leaders that would see convoy vehicles move out of residential areas and relocate to commercial areas near Parliament Hill.

Breaking: Mayor Watson will meet with Convoy Organizer Tamara Lich on the “conditions for them to exit residential neighbourhoods.” Watson wants evidence of this before noon February 14. This agreement “was reached through backchannel negotiations.” See correspondence below 👇 pic.twitter.com/2sXLvs9DFp

After the Mayor’s office released a letter from convoy organizers which said they agreed with his offer to relieve pressure on residential neighbourhoods & focus the demonstration on Parliament Hill, lead organizers now say no deal. #cdnpoli https://t.co/Sp9aZVM3tr

The Watson-Lich accord did not go quite as planned.

Some convoy occupiers immediately refused to abide by the terms of the deal while besieged Ottawa residents and others criticized the deal and accused Watson of surrendering an area of the city to an unlawful mob of extremists.

Despite Watson’s assurances that the deal would provide relief to Ottawa residents, convoy vehicles continued camping out in residential areas. The convoy was finally cleared by force a few days later following the federal government’s invocation of the Emergencies Act and a massive police operation.

Day 18. Jim Watson gave them the Hill and this is Centretown 11 blocks away from Wellington. pic.twitter.com/ExiJudh50f

A pair of access-to-information requests filed by PressProgress and public interest researcher Ken Rubin, reveal that both the Mayor’s Office and the Premier’s Office say they have no records of any communications with Dean French.

The Premier’s Office and Ontario PC spokesperson Ivana Yelich did not respond to questions from PressProgress asking why Doug Ford’s office had no records relating to negotiations led by the Premier’s personal friend and former Chief of Staff.

A spokesperson for the Mayor of Ottawa explained Watson had only one telephone call with French after the mayor was contacted out of the blue one day by Ford’s long-time personal friend. No notes or any other records were kept of this call.

“Mayor Watson had no involvement in any exchanges with any of the convoy organizers,” Champagne noted. “Mayor Watson saw no disadvantage to letting Mr. French speak to his contacts in the truck convoy.”

“Dean French sought no compensation or benefit for his efforts.”

French claimed he flew to Ottawa and spent days negotiating with convoy leaders at his own expense. French later claimed he did so “at the behest of former Newfoundland premier Brian Peckford.”

Dean French: Why I negotiated with the truckers in Ottawa https://t.co/rr66tAGgk9

Ken Rubin, an expert on access-to-information who is based in Ottawa, said the entire situation is  “very bizarre.”

“That telephone call was used by the Mayor to do his letter to Lich and then he boasted about it and then she reneged on the letter,” Rubin said. “It was a bizarre way for a mayor to deal with it, the whole thing was very bizarre.”

“The fact of the matter is that we seem to have a failure of duty to document key things,” Rubin added, noting the significance of the call Watson received from French should have been obvious given the “city was under siege.”

“When you look for what actually happened and you don’t find records, well you know, is the reason that they don’t want to explain themselves in an inquiry?”

The City Councillor in downtown Ottawa’s Capital Ward, Shawn Menard, believes the deal “obviously went beyond one out of the blue phone call” and said Watson’s lack of records about a call discussing plans to “negotiate with the extreme element occupying our city” shows why the city needs a full-fledged public inquiry.

“The Mayor’s explanation does reinforce the need for inquiries that have the prerogative to investigate the actions of elected officials, and not just weakened auditor or private sector consultant investigations which fall short in this regard.”

Menard argues this is not a one-off, pointing to Ottawa’s LRT P3 deal where the Mayor “admitted he knew the favoured corporate consortium had failed to achieve our minimum technical requirement scores … Senior staff and the Mayor withheld that information until after convincing Council to approve signing a deal worth billions of public dollars.”

Meet the Ottawa man grappling with the city over LRT information https://t.co/zR08bmFmW6 pic.twitter.com/rTFloQjfF0

Rubin said the responses he received from Ontario’s Cabinet Office also left him scratching his head. After specifically requesting records relating to French’s meetings with Watson and convoy leaders, Rubin was told that since “Dean French is no longer with the Premier’s Office and he is not acting in his capacity as Premier’s Office staff” they “cannot provide his records.”

The Premier’s Office eventually reported it had no records of any interventions whatsoever by either Doug Ford or his current Chief of Staff, James Wallace, aimed at helping end the convoy occupation.

“I did call back the office and asked ‘what gives here?’” Rubin told PressProgress. “It’s inconceivable that the Chief of Staff, James, let alone Dean before him, wouldn’t have played a role at all in this.”

The Premier’s office previously suggested Ford had not “spoken” with French about his personal friend’s involvement in negotiations with the Ottawa convoy occupiers — something that only raises additional questions for Rubin.

“You wonder, where are they?” Rubin said. “The premier got more verbal when it came to the Ambassador Bridge than he ever did about Ottawa.”

Joel Harden, the incumbent provincial MPP for the provincial riding of Ottawa-Centre which was the focal point of the convoy occupation, agrees “the whole situation was beyond absurd.”

“This strains credulity, for us to believe that Ford had no knowledge of his former Chief of Staff being tapped to handle such an incredibly sensitive negotiation,” Harden told PressProgress, adding it is also a “shame that the Mayor thought that a secret, ‘off the record’ negotiation between Dean French and the convoy would pan out.”

“Doug Ford went to his cottage during the convoy, and did nothing for people in Ottawa. All levels of government languished for weeks, until Councillor McKenney, local residents, and I pushed,” Harden said.

“The duty to document is not being taken seriously under the Freedom of Information Act, let alone taken seriously as part of the democratic exercise of accountability.”

Invest in Our Journalism
Luke LeBrun
Editor
Luke LeBrun is the Editor of PressProgress. His reporting focuses on the federal political scene, right-wing politics as well as issues in technology, media and culture.
@_llebrun
Report an Error
Journalistic Standards