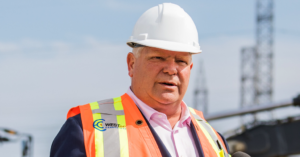 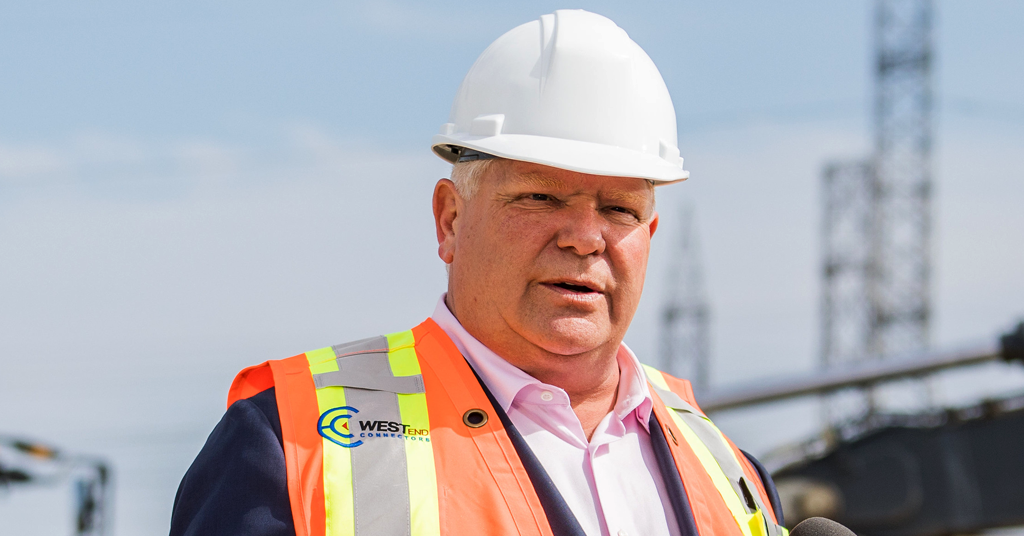 Doug Ford is trying to pitch himself to voters as a friend of Ontario’s hard-working blue collar workforce, but many of Ontario’s top labour leaders say Ford’s rhetoric is “ridiculous” and point to his track record pushing labour legislation that has “trampled on workers’ rights.”

Ford’s Ontario PC’s claim they are “working for workers” and talk about standing with “those who shower at the end of the day, not the start.” Ford has even netted a few endorsements from several construction unions, something he points to as evidence Ontario’s labour unions are warming up to Ford.

But most labour leaders say Ford is trying to divide workers and distract them from his long track record of rolling back workers’ rights.

“The suggestion by Doug Ford that unions are lining up behind him is absurd and patently untrue,” stated a recent op-ed co-authored by OFL President Patty Coates, USW Ontario Director Myles Sullivan and IAMAW Canadian General Vice-President David Chartrand. “We know this because our organizations represent approximately one million Ontario workers.”

This week, IBEW Canada Vice President Tom Reid released a statement distancing the national union from a segment of 11 IBEW locals that make up the IBEW Construction Council of Ontario because the CCO endorsed Ford’s government whose policies have “negatively impacted” many other IBEW members:

“The IBEW has a total of thirty-three (33) Local Unions across the entire province of Ontario, with members working in construction, utilities, railroad, manufacturing, health care, marine, government, telecommunications and much more. Many of these members and their families have been negatively impacted by legislation and policy decisions the Ontario PC party made during the last four years in office.”

“Not only are they systematically negatively impacting and trying to trample on the rights of workers, but then they try to convince people that they’re doing the opposite,” Hahn said. “So we have double the work to do – we first must convince people against their spin.”

Ford also made it more difficult for unions to educate their members and the general public about how PC policies impact workers, Hahn added. Ford’s Bill 306 targeted the ability of unions to engage in political advocacy and limited their ability to advocate for pro-worker policies. At the same time, Ford introduced Bill 254 which increased individual party donation limits, allowing wealthy donors to contribute more.

“The Ford Conservatives use the notwithstanding clause for the first time in our province’s history in order to drive through changes that were meant to make it harder for critics of the government to be public about those criticisms, and easier for large, rich donors to donate money to the Conservative Party. It’s incredible.”

Many other unions representing workers in Ontario have expressed deep concern at the prospect of another Ford-led government.

“Ford made his position on workers’ rights clear early on – one of their first acts in government repealed paid sick days and canceled the planned minimum wage increase,” UFCW 1006A President Wayne Hanley told PressProgress.

“Workers, and unions, had spent years pushing for the changes that we won under the previous Liberal government, and Ford’s conservatives caved to pressure from the Retail Council of Canada, and others, to take those protections away,” Rizvi told PressProgress.

While Ford increased the minimum wage to $15 per hour three years later than promised, the Justice for Workers’ campaign is now campaigning for a $20 minimum wage to reflect the increased cost of living in Ontario.

“We were also really attacked through Bill 124 and the inability to bargain anything beyond a 1% increase,” Karen Littlewood, President of the Ontario Secondary School Teachers Federation, told PressProgress.

Littlewood added that Ford’s attempts to suppress wages is harming fields where women have greater representation than men:

“We are a woman-dominated field, and it seems to be a really gendered attack on the women of the province to say, you go bargain what you want, but you’re not going to get more than 1%. Of course, right now, we’re looking at inflation around 7% and that doesn’t come anywhere close to what it needs to be, but there’s no ability to bargain for anything – and those are workers rights’ when you’re in a union, the ability to bargain.”

The Elementary Teachers Federation of Ontario told PressProgress they have been concerned by the “number of unjust labor practices” introduced by Ford’s government:

“We cannot rely on the Progressive Conservatives to protect workers and public services in Ontario. Their anti-union rhetoric demonstrates their lack of respect for workers’ rights, and their privatization agenda and actions continue to widen gaps in our public education system.”

“Bill 195 allowed employers to strip nurses and health-care professionals of their hard-won rights under their collective agreements. Health-care employers were able to dictate nurses’ schedules, force them to work on units in which they had no direct experience, take away their rights to days off and much-needed vacation to recharge and mitigate burn out … Bill 175 opens the door to privatization, which will continue to erode our public health care. Bill 175 facilitates the expansion of for-profit health providers, who have a history of lower pay, worse working conditions and lesser quality of care.”

The list of unions who are not impressed with Ford’s government goes on.

Many unions also criticized Ford’s move to return $3 billion in excess funds from the Workplace Safety and Insurance Board to employers instead of improving supports for injured workers.

In a statement to PressProgress, the Ontario Public Service Employees Union said Ford’s “PC government seems more interested in photo-ops with workers rather than actually improving the lives of working Ontarians,”

OPSEU criticized Ford’s recent Bill 106 which “further allows the government to override collective agreements by giving increases to some classes of workers and not others, preventing pay equity.”

The United Steelworkers say re-electing Ford would be a “disaster” for working families.

“No one should have confidence in granting another four years to this government,” USW District 6 Director Myles Sullivan told PressProgress.

“The fact that Ford is courting workers and unions during the election is ridiculous – his government has been a disaster for working people and their families.”

“Those who were working on the front lines (during the pandemic) were at extreme risk of themselves getting sick or their families,” Sullivan said. “The mortality rate in long-term care was the worst in the entire country, even when adjusted for the population. The government was slow to require PPE, slow to roll out vaccinations for workplaces and rapid testing.”

“Workers were not protected during the pandemic.”