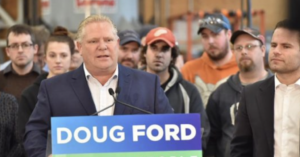 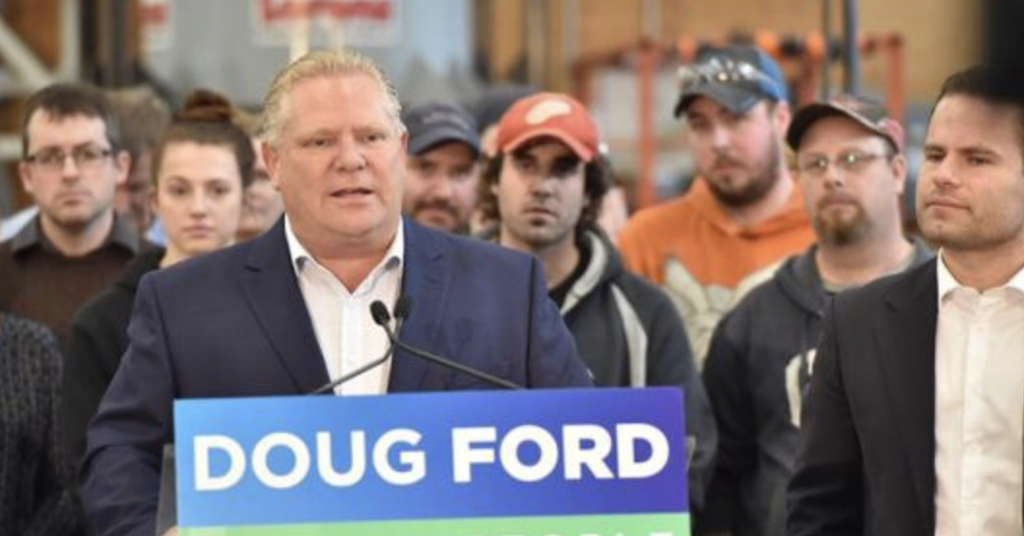 This article is more than 8 months old
News

Tenant advocates say the relationship between Doug Ford’s government and an advocacy group called the Ontario Landlords Association — which claims it is lobbying to make the tenancy act less “tenant friendly” — raises questions about who is influencing rental policy in Ontario.

According to its website, the Ontario Landlords Association has a clear policy agenda: Ending all “government interference” in the form of rent controls, “no hearing”evictions, and emergency social assistance payments earmarked for the landlords of ODSP recipients. The group adds that existing laws are too “tenant friendly,”

It further claims its “daily lobbying of MPPs and other officials” has taken the form of “constant regular contact with MPPs (including Cabinet Ministers), the Ministry of Housing, and even Premier Ford himself.”

During Ontario’s November 2020 “evictions blitz” – which ended the COVID-19 moratorium – the OLA declared a partial victory: “Ontario Landlords Association members have made sure the message of small landlords across Ontario have been heard by the Ford government.” The OLA boasted “This is how you lobby and make real change.”

During the first lockdown, the organization ran a petition titled “landlords must be able to evict non-paying tenants” attached to the email address: “Evictnow@lobbyist.com.” 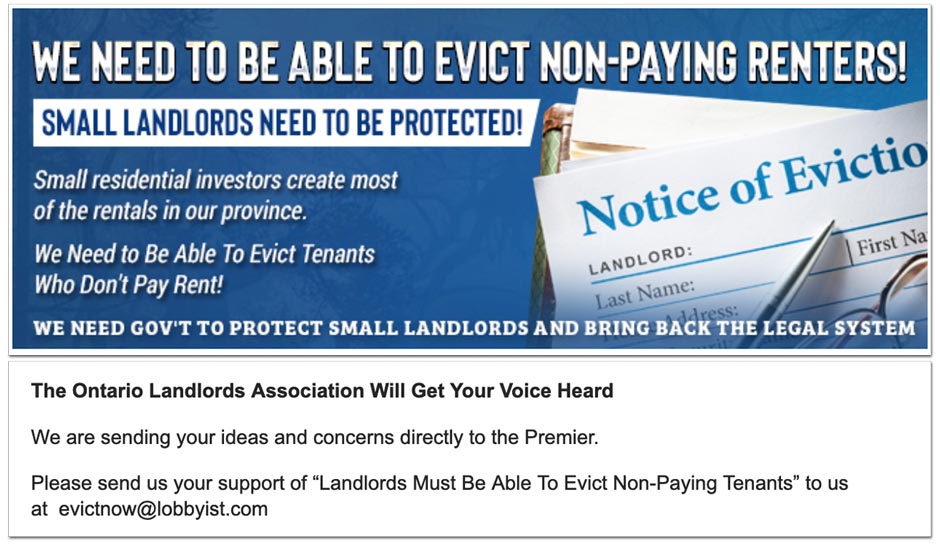 Back in 2018, the OLA claimed: “The Ontario Landlords Association And Our Members Communicate With Key PC Leaders,” and that its senior members “know Premier Ford and people who will be in his cabinet.”

In another post, the OLA claimed it “worked with” former Ontario PC leader Tim Hudak and PC housing Critic Joyce Savoline on a failed private members bill to allow landlords to charge tenants a special “damage deposits” of up to two weeks rent.

The Ontario Landlords Association even promotes itself on its website with a quote attributed to “Ontario’s Ministry of Housing,” reading:

“The Ministry greatly values the role that the Ontario Landlords Association and its Members play in providing quality, affordable rental housing in Ontario and recognizes that the OLA provides an important voice for small private residential landlords.”

Despite claiming to lobby Doug Ford’s government extensively, Ontario’s Integrity Commissioner appears to have no records relating to any lobby group called the Ontario Landlords Association.

It remains unclear how many times the OLA lobbied Ford’s government, although Ontario’s lobbying rules require registration if any paid representative engages in more than 50 hours of lobbying per year. The Ontario Landlords Association did not respond to multiple requests for comment from PressProgress.

Kayla Andrade, who runs another landlord advocacy group, Ontario Landlords Watch, said the group has been difficult to get in contact with.

“I’ve tried to get in contact with them,” Andrade told PressProgress. “A lot of people say they get a membership there and they don’t get the things that were promised.”

The group’s sole director, “Matthew William Blake,” has been extensively quoted in the media as, it would seem, “William Blake” in news stories about rental issues by CBC News,  TVO, the Canadian Press and other outlets.

Maria Rekrut – who runs the Canadian Landlord Association and previously campaigned against municipal efforts to license landlords for fire code and building inspections in Thorold, St. Catharines and Hamilton – similarly said the group is mysterious.

“No one knows who owns that website,” Rekrut told PressProgress.

“I’m a long-term member of landlord associations throughout Ontario. We all tried to do a deep dive into who that is and none of us could come up with anything,” Rekrut said. One of Rekrut’s members, she said, called the “organization “a complete farce.’”

The Central BC Rental Association says Matthew Blake is also slated to address their executive meeting on May 9.

“It is my understanding Mr. Blake lives (or lived) in Northern BC and owns (or owned) rental properties there, hence the reason we are interested to hear what he has to say,” Central BC Rental association Secretary Nicola Dean said. “He will be offering his personal opinion and experience of the rental and Airbnb industry.”

But, Dean said, “we do not have any affiliation with Mr. Blake’s organization.”

“It’s very worrying that one person we don’t know could be very actively writing policy. If you’ve got some shadowy guy writing policy, it shouldn’t be the case,” Dent said. “The current government, it seems, isn’t talking to tenants. It seems like the Ontario Landlords Association has immediate and very good access.”

“I don’t want to say ‘they couldn’t do any worse,’ but the reality is we’re terrified on behalf of our clients,” Dent said.

Ontario Premier Doug Ford’s office did not respond to multiple requests for comment.

The Minister’s office did not clarify where the quote the Association uses comes from.

A spokesperson for the Landlord Tenant Board likewise told PressProgress:

“The Landlord and Tenant Board (LTB) regularly engages with a variety of stakeholders, including the Ontario Landlords Association. As contact and conversations are between the LTB and various parties, the LTB is not in a position to comment on what has been discussed.”

The Office of Ontario’s Integrity Commissioner said it “cannot comment on specific cases.”

According to lobby registration guidelines, the Integrity Commissioner defines lobbying as meetings between a paid representative and a public office holder “in an attempt to influence” any legislation, policy or program. While it is unknown who is paid by the OLA, the guidelines suggest an employee who spends more than 50 hours in a year lobbying must register.

“With the majority of our rental housing being supplied by the private market, many landlords focus on maximizing their profits. Unless something changes, the housing crisis will only get far worse,” Goodchild said.