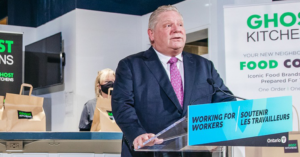 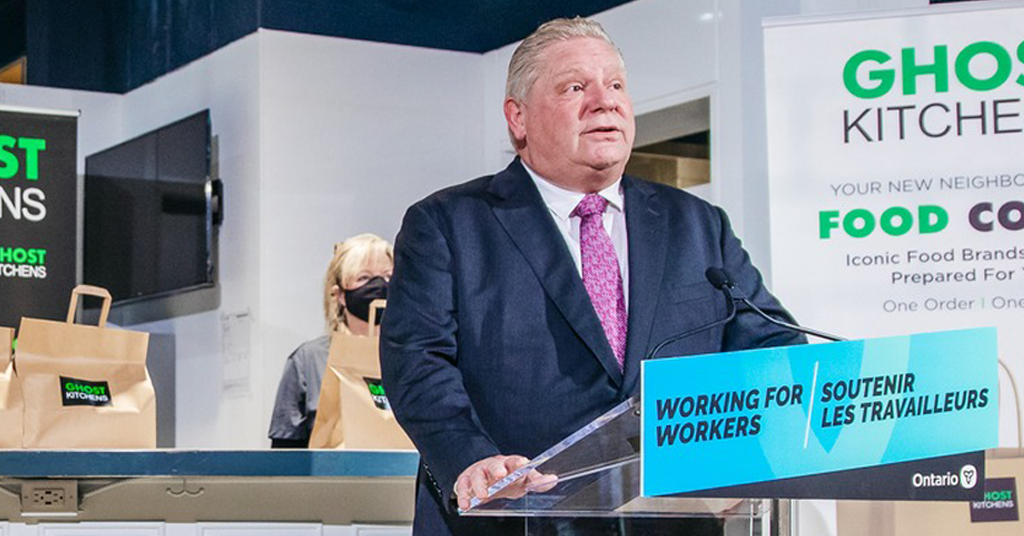 Experts say Doug Ford’s much-hyped “working for workers act” does not actually ensure gig workers get paid the minimum wage and that it provides them with less protections than they already ought to receive under the Employment Standards Act.

On Monday, the Ontario government announced legislation to “rebalance the scales and improve working conditions for gig economy workers” at InstaCart, Uber and others. In reality, the legislation does little to help these workers who’ve been misclassified as “independent contractors.”

Uber is lobbying Canadian provinces to rewrite labour laws and create a new ‘underclass of workers’.

“Engaged time is the piece we can’t control,” Scott told PressProgress. “I don’t control how many orders I’m sent, the app controls that,” Scott said, adding it’s a “daily reality” that many gig workers will only get one or two orders per hour.

Joshua Mandryk, a labour lawyer with Goldblatt Partners, agrees the “minimum wage” provided by the bill works out to far below the ESA’s minimum wage.

“The proposed Digital Platform Workers’ Rights Act, 2022 only requires the payment of minimum wage ‘for each work assignment performed by a worker’, and not for all of the time spent by workers on the app waiting for work assignments,” Mandryk told PressProgress.

“This isn’t a $15 minimum wage, as it has been presented in the some media, but rather is probably more likely a rolling $9 to $12 minimum wage, depending on the work opportunities available at the time.”

Mandryk also noted that the bill does not guarantee other key protections that employees enjoy under the ESA like overtime pay, vacation pay, and severance and termination pay. A better approach, according to Mandryk, would have been to shore up the rights of gig workers and others under the ESA through measures to prevent employee misclassification.

“Creating a stand-alone bill creates confusion and feeds into the false narrative that platform-based gig workers are different from other workers in a legally significant way,” Mandryk said. “In reality, they face the same problems regarding misclassification and wage theft as workers in industries like construction, cleaning, and traditional delivery and courier services, they just use an app to perform the work. These workers deserve full and equal protections under the ESA.”

Scott also noted that this legislation doesn’t make it easier for workers who are misclassified as independent contractors.

A few months ago, Scott said, GWU filed an Employment Standards Act complaint on behalf of an Uber worker. After three months, the ESA officer eventually returned a decision finding the worker is an employee and entitled to employee rights. “The writing is on the wall, it’s clear that the solution is to apply Employment Standards and end the misclassification,” Scott said. Previously, the Ontario Labour Relations Board found Foodora couriers were employees, also misclassified.

The problem is that the process can drag on for months – as workers have to prove they have been misclassified by the company.

This goes back to the early days of Ford’s government when Bill 47, the Making Ontario Open For Business Act, explicitly repealed “the requirement for the employer to prove that an individual is not an employee (‘reverse onus’) where there is a dispute over whether the individual is an employee.”

The Progressive Conservative caucus voted it down.