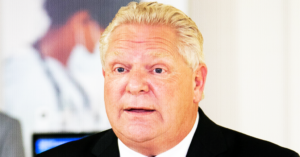 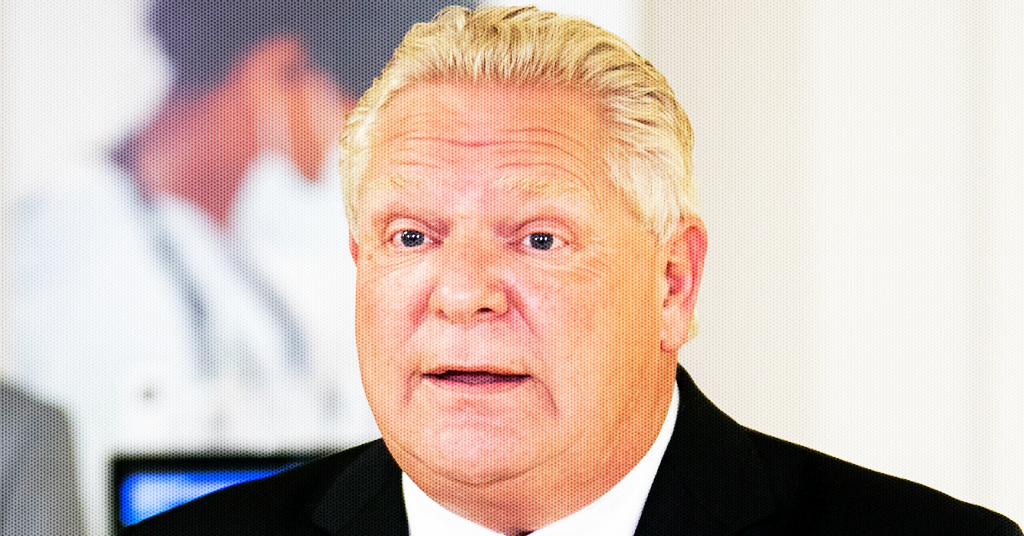 Ontario’s Auditor General has released a report that raises serious concerns about how the Ford government managed its response to the COVID-19 pandemic.

Ontario wasn’t ready for the pandemic — and it still isn’t ready, either:

According to a summary of the AG’s findings, the province’s Emergency Management Office relied on “outdated emergency response plans” and had a “lack of sufficient staff,” which significantly undermined its ability to respond to the pandemic:

The AG also ripped into problems with Ontario’s ability to test people for COVID-19:

“The Ministry of Health (Ministry) did not take immediate actions to ramp up testing capacity, despite warnings by Public Health Ontario and experts in February 2020. A formal Provincial Diagnostic Network was not developed until one month later to oversee and co-ordinate laboratory testing between participating laboratories…Public Health Ontario informed the Ministry in 2017 of the risk of its inability to comprehensively respond to emerging public health threats due to a lack of sustained funding. Public Health Ontario’s annual base funding has remained since 2013/14 and the Ministry took no action despite this warning. Between 2014/15 and 2019/20, Public Health Ontario decreased its number of full-time equivalent staff positions by 120, representing 12% of its workforce. Ontario’s lab testing, case management and contact tracing activities did not occur fast enough to effectively prevent COVID-19 transmission.”

As a result of the Ford government’s mismanagement, the AG said, it’s possible over 100,000 Ontarians contracted COVID-19 without being tested.

“Due to the delay in expanding lab capacity, Ontario took one month longer than Alberta and three weeks longer than British Columbia to allow anyone with COVID-19 symptoms to be tested. As a result of this delay, as of August 31, 2020, based on Public Health Ontario’s analysis, we estimated about 119,000 Ontarians may have contacted COVID-19 and were not tested for it.”

“There was no provincial order to protect foreign farm workers. The Chief Medical Officer of Health issued only a memo, not a directive, to local Medical Officers of Health, ‘strongly recommending’ that they issue their own directives to decrease the risk of transmission of COVID‑19 on farms. The memo was issued on June 21, 2020, eight weeks after the first farm outbreak on April 27, 2020. Of the 34 public health units, 13 had issued their own orders at the time of our audit. As of August 31, 2020, outbreaks had occurred in seven public health units, with about 1,335 total cases; two of these seven never issued an order.””

The AG’s report added that Ford’s government could have created simple guidelines requiring farm workers to wear masks, but failed to do even that:

“Guidelines and requirements differed from each other, especially with respect to the requirements for wearing masks and the precautions to be taken for temporary foreign farm workers.”

“An Associate Medical Officer of Health at one of the public health units emailed the Chief Medical Officer of Health on March 18 indicating requiring long-term-care home workers to wear masks as an urgent priority. However, this requirement was not implemented province-wide until three weeks later on April 8. At that time, 69 long-term-care homes had outbreaks involving 857 cases and 88 deaths.”

In January, the province was warned by the long-term care association that facilities faced a “perfect storm” of crowded and under-funded facilities. By the time it took action, half the province’s LTC deaths had already occurred.

Making matters worse, the government’s own health experts made decisions in a chaotic and confusing way. For one thing, the AG notes that the province’s “Health Command Table,” which advised Ford on the pandemic, was not led by public health experts — or even by Ontario’s top doctor:

“Despite COVID‑19 being a public health pandemic, we noted that those with public health expertise did not play a leading role in the Ministry’s response: The Chief Medical Officer of Health did not lead Ontario’s response to COVID‑19.”

The AG noted that Ford’s body of advisers grew from 20 to 90 to over 500 advisers and that key decisions were made over teleconference where participants said they were not always clear who was talking and decisions were made based on who had “the loudest voice or strongest opinion”:

“Participants we spoke to noted that some participants may have felt intimidated to speak due to the personalities and seniority of the other participants on the call.

Participants were not always clear on who was speaking or whether the speaker had expertise on the subject matter being discussed.

Discussions were sometimes led by those participants with the loudest voice or strongest opinion on a subject, rather than by those with expertise.”

How the Ford government responded:

Health Minister Christine Elliott pushed back on the report’s findings,telling the media: “No jurisdiction is perfect and we are certainly no exception.”

“Our job, in such an unprecedented crisis such as this one, is to make the best decisions we can with the best available information, and that we have done.”

Elliott, however, did agree the province’s pandemic response had not been updated since 2013, placing the blame on the previous Liberal government.

[Office of the Auditor General of Ontario]