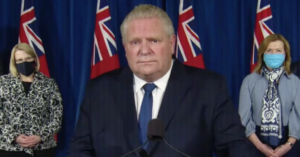 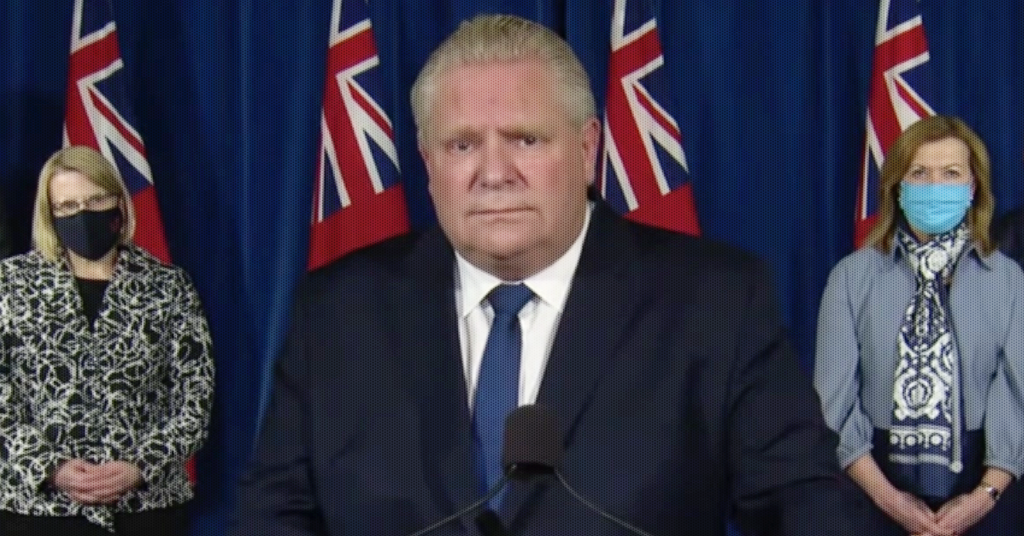 Ontario Premier Doug Ford confirmed his government has no plans to introduce paid sick leave for struggling low-wage workers as his province declares its second state of emergency during the pandemic.

Despite calls from Toronto’s Medical Officer of Health for the province to introduce 10 paid sick days to curb the spread of COVID-19, Ford suggested workers should make use of a preexisting federal program that provides only $450 per week and expires after just two weeks.

“We’ve agreed with the federal government and we aren’t gonna duplicate areas of support,” Ford said. “They have that paid sick leave, which is very important.”

Another reporter asked Ford what should workers do after those two weeks are up.

Ford reiterated that the current benefit, which maxes out at about $900, should be enough to “get people over the hump for a couple of weeks.”

Toronto’s Medical Officer of Health has noted that only 42% of Canadians have access to paid sick leave and only 10% of low wage and frontline workers.

According to data from the province’s Workplace Safety and Insurance Board, thousands of Ontario workers have contracted COVID-19 through work-related exposures.

Ford says the amount the federal government gives “will get people over the hump”.

I’m beginning to think he doesn’t understand what the federal benefit is/what it’s meant for.

And that’s all. No more questions. Good luck Ontario.

Only mention of sick pay in this announcement is pointing to federal program that offers $500 a week — $450 after taxes. For full-time workers, that works out to less than minimum wage. https://t.co/esqlrfcnzx pic.twitter.com/THAaiF1al8

.@fordnation notes “so many people are living paycheque to paycheque” and the feds have to make sure they don’t go weeks without any help from EI
Closes with “stay home, folks” message.

To quote someone else: I don’t take responsibility at all.

Toronto’s Medical Officer of Health is calling on the province to ensure workers have access to 10 paid sick days during the #covid19 pandemic.
Only 42% of working Canadians have access to paid sick leave, and only an estimated 10% of low-wage & frontline workers. Release: pic.twitter.com/BvxjnvN2dY