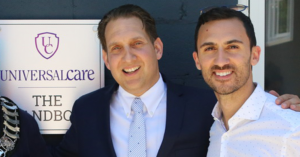 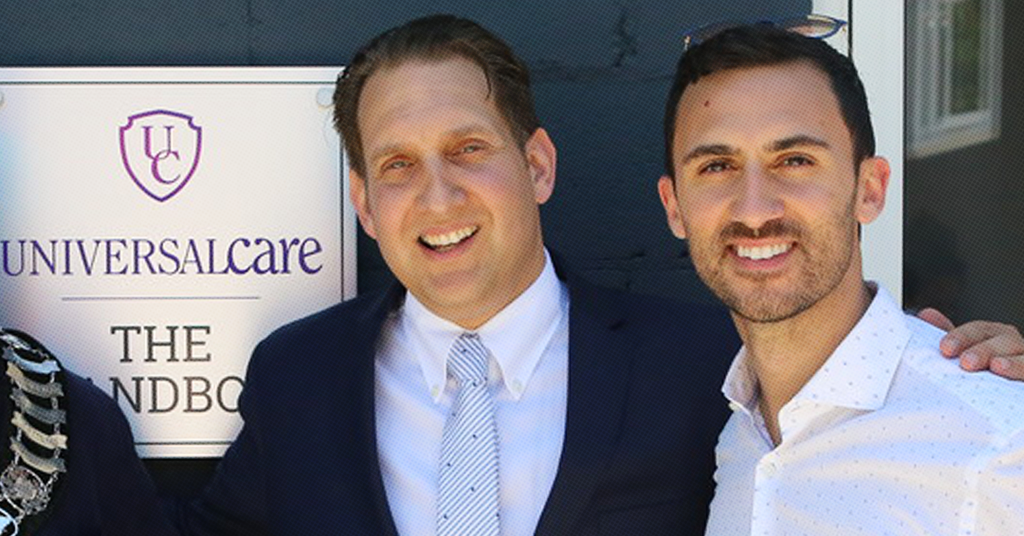 The private company selected by the Ontario government to run a troubled long-term care home has links to Doug Ford’s PCs and the founders of an astroturf group that ran a series of mysterious anti-teacher attack ads in 2020.

Last month, UniversalCare Canada Inc. was put in charge of Etobicoke’s Westside Long-term Care Home — where 27 residents had died of COVID-19. The move, which was first reported by the Toronto Star, drew the ire of many.

UniversalCare, the Star noted, was in charge of Vaughn’s Villa Colombo Seniors home during a recent outbreak, leading to an ongoing $35 million lawsuit.

“Had the Defendants met the minimum standard of care expected of Ontario long-term care communities, they would have been able to mitigate the spread of COVID-19 and ultimately lessen the impact of COVID-19 to their residents”

Despite the unproven allegations listed in the statement of claim, the company’s involvement in managing the Vaughan facility have raised questions about why the Ford government selected it. 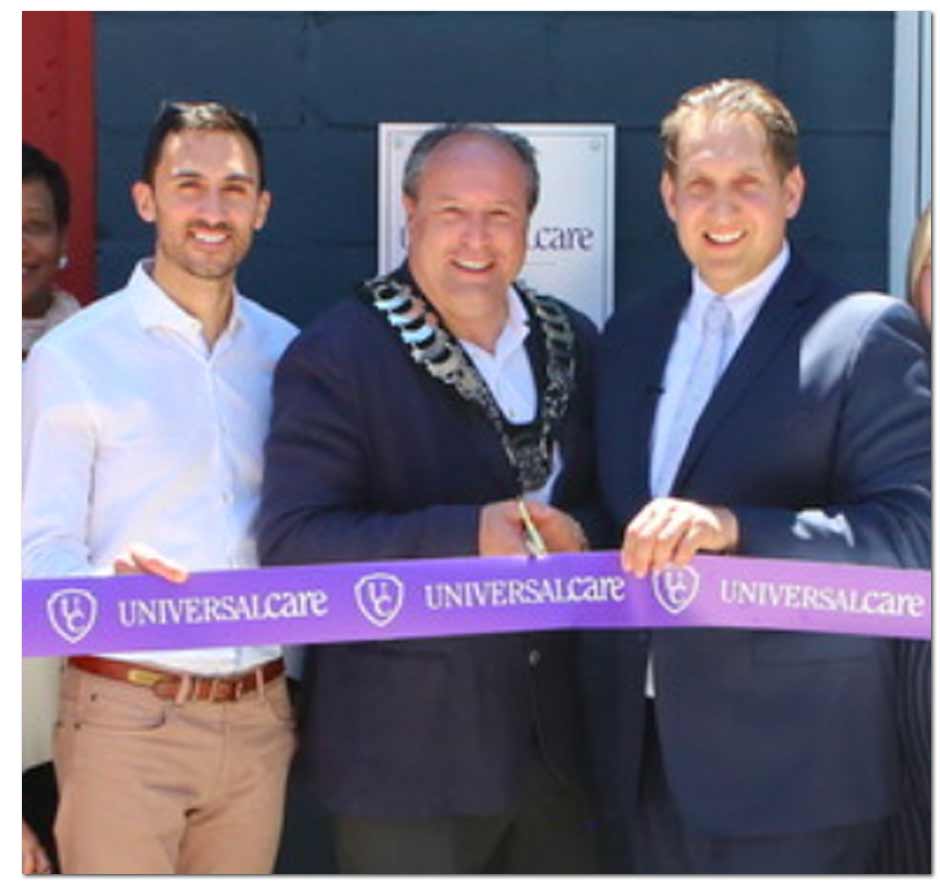 In May, Education Minister Stephen Lecce appeared in a photo op at one of the company’s LTC homes in Vaughan.

The family of one of the deceased residents later said they were upset with Lecce for using the LTC home as a backdrop for a photo-op, telling the media:

“… he was particularly upset with a photo opportunity by Ontario cabinet minister Stephen Lecce, the MPP for King-Vaughan, taken in May in front of Villa Colombo, just weeks after the deaths occurred.”

UniversalCare’s CEO, Joseph Gulizia, has made multiple donations to the Ontario PCs since 2015.

Those donations include $1,500 to former Finance Minister Vic Fedeli’s leadership campaign and two separate 2019 donations to the party of $1,083 and $1,423. 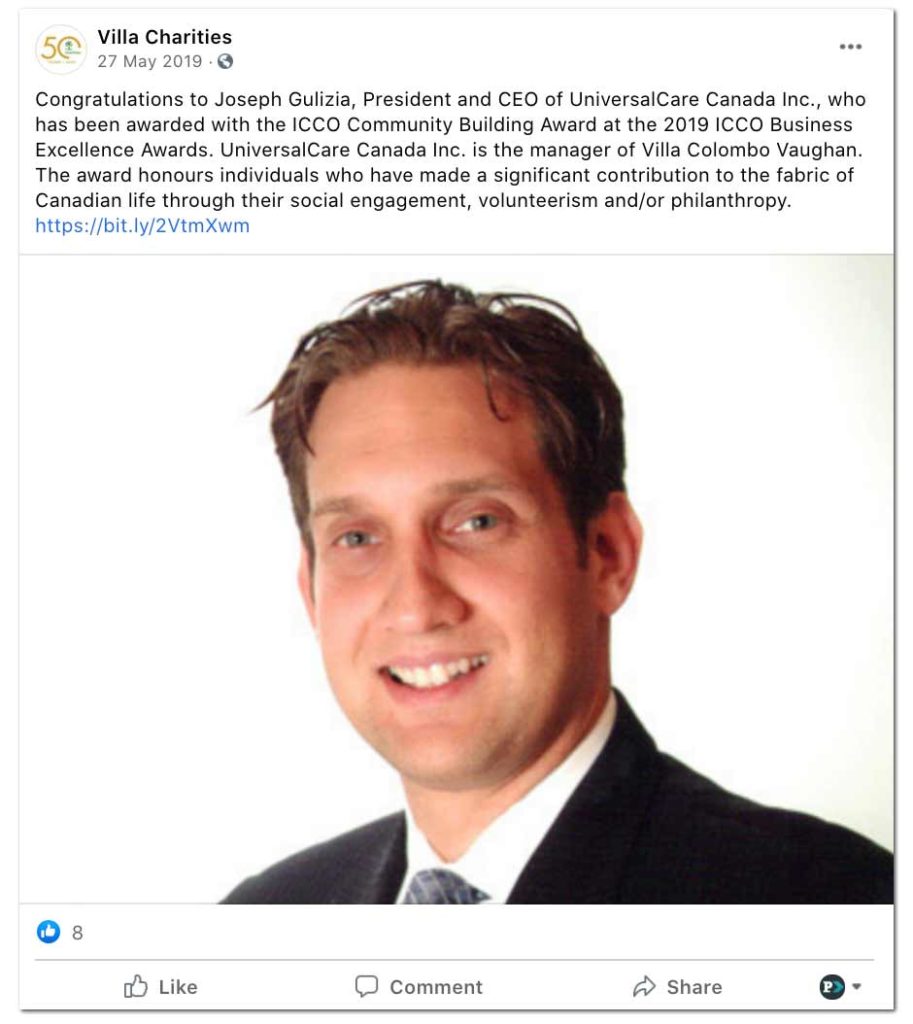 Lecce has also promoted UniversalCare by name on his personal accounts, even after the lawsuit was filed. 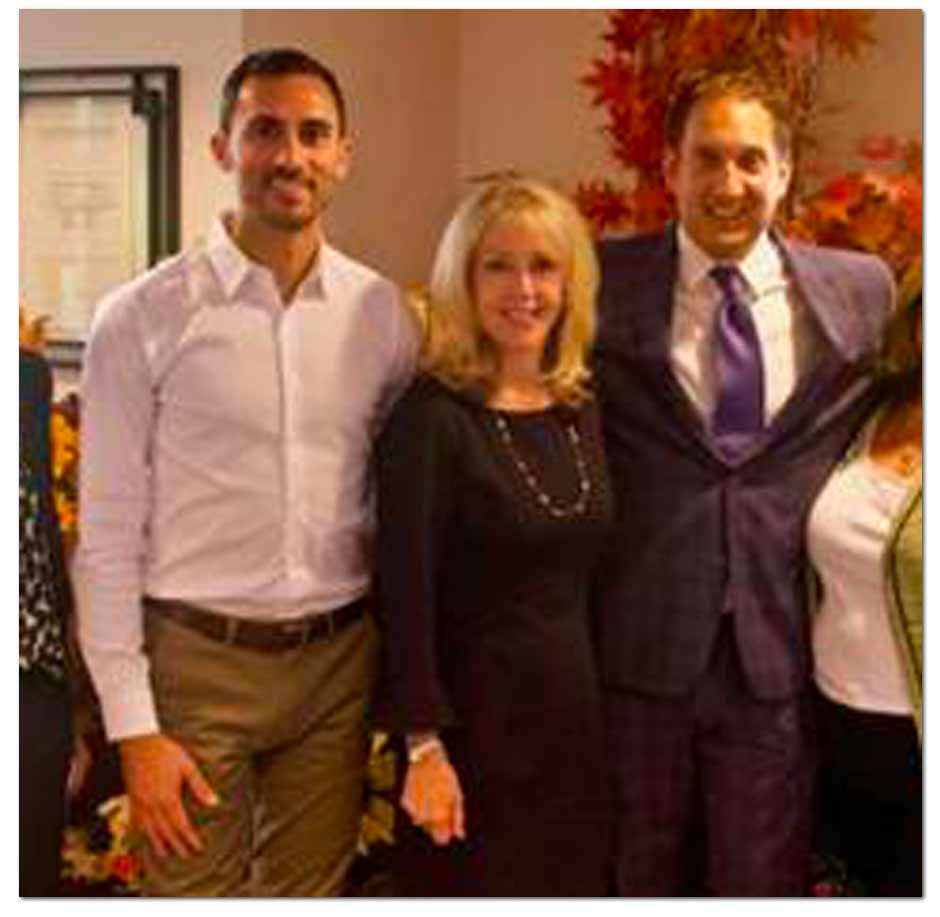 UniversalCare is represented by Loopstra Nixon LLP lawyer Quinto Annibale, who formally registered and previously served as a director on the board of the fake parents group “Vaughan Working Families.”

In a story that was first reported  by PressProgress, “Vaughan Working Families” was revealed as the mysterious group that ran full-page ads in major Canadian newspapers attacking teachers.

Vaughan Working Families was quietly registered in 2018 by a separate non-profit, “Vaughan Health Campus of Care,” which was chaired by Annibale and Sam Ciccolini, the past chairman of Villa Colombo and current Vice-Chair of the Villa Charity Foundation.

Annibale, who was selected to chair Villa Colombo in October, was also appointed vice-chair of the LCBO by the Ford government. Later, it was revealed he was invited to join Fedeli and other cabinet members on a trade mission to India.

Last year, Gulizia attended a “ribbon-cutting” ceremony for Extendicare where he was joined by Lecce, Annibale and Cicclioni.

Elections Ontario filings appear to further show Ciccolini has donated more than $8,000 to the party and related leadership campaigns since 2015.

“What possible advantage could there be to hiring this management firm, especially given their record?” Armstrong told PressProgress.

“There is no demonstrated advantage to for-profit management, and we are seeing more evidence of the reverse. ”

“Not-for-profit homes are assumed to be operated on the basis of different principles from those that are for-profit, given that no profit is to be made,” Armstrong said. “We have yet to have the advantages of for-profit homes explained. They do not offer better quality of care or work; Indeed, there is a pattern of lower quality care and work.”

Villa, UniversalCare and the Ontario government did not respond to requests for comment from PressProgress.