Over the weekend, three of Canada’s biggest newspapers ran full-page ads from a mysterious group accusing Ontario teachers of using children as “pawns.”

The ads are paid for by a mystery group calling itself “Vaughan Working Families,” although the group lists no contact information, has no website and there appears to be no evidence the shadowy parents’ group exists apart from its expensive ads. 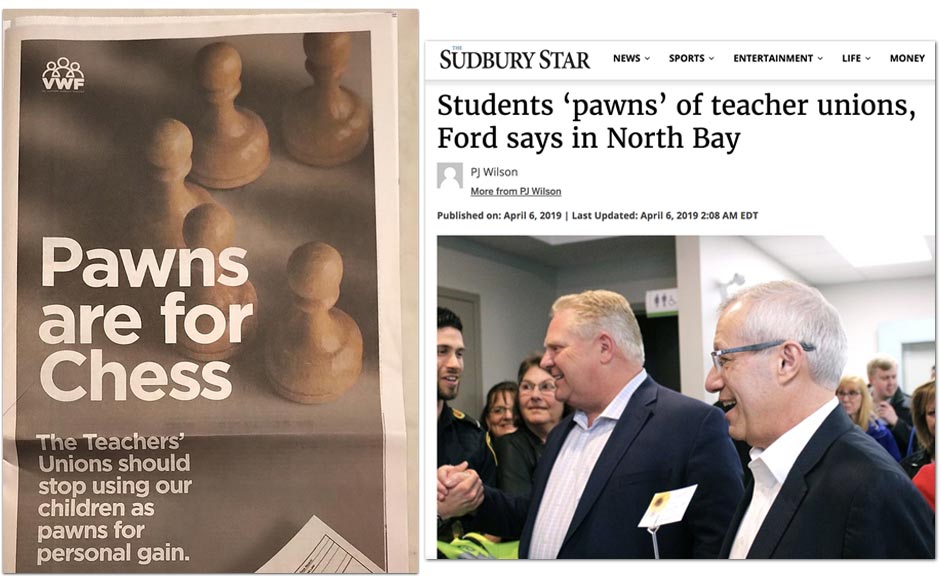 The Globe and Mail, The Sudbury Star

John Cartwright, President of the Toronto and York Region Labour Council which represents the area of Vaughan, said he has never heard of the group before.

“We represent working people from every occupation who live or work in Vaughan, and we’ve never heard of such an organization,” Cartwright told PressProgress.

The Globe and Mail, the Toronto Star and the National Post did not respond to requests seeking the contact information for “Vaughan Working Families.”

Nor did the three newspapers share information on what steps they generally take to guarantee advertisements that run in their newspapers meet basic standards of accuracy and transparency.

One version of the ad in Saturday’s Toronto Star features an image seemingly of a disappointed mother of a grade 7 or 8 student holding a “provincial report card” marked with an “F.” The report card includes a list of anti-teacher talking points echoing lines used by by Ford and Education Minister Stephen Lecce.

The ad offers misleading or debatable figures on hiring rates, average incomes, and holidays for Ontario teachers. It provides no sourcing for any of its purported facts.

In fact, the mother is not from Vaughan — and she’s not from North America either.

Leszek Glasner, a professional photographer who lives in Poland, said the woman presented as the face of “Vaughan Working Families” is his wife.

“Actually she is my wife and she is a semi-professional model,” the photographer told PressProgress. “She is from Poland too.”

Glasner confirmed the photo used in the anti-teacher attack ad is a digitally altered copy of one he sells on Shutterstock, an online stock photo service, and made clear neither he nor his wife have any opinions on Ontario provincial politics.

“We both have nothing to do with the teacher strike in Canada,” Glasner said. 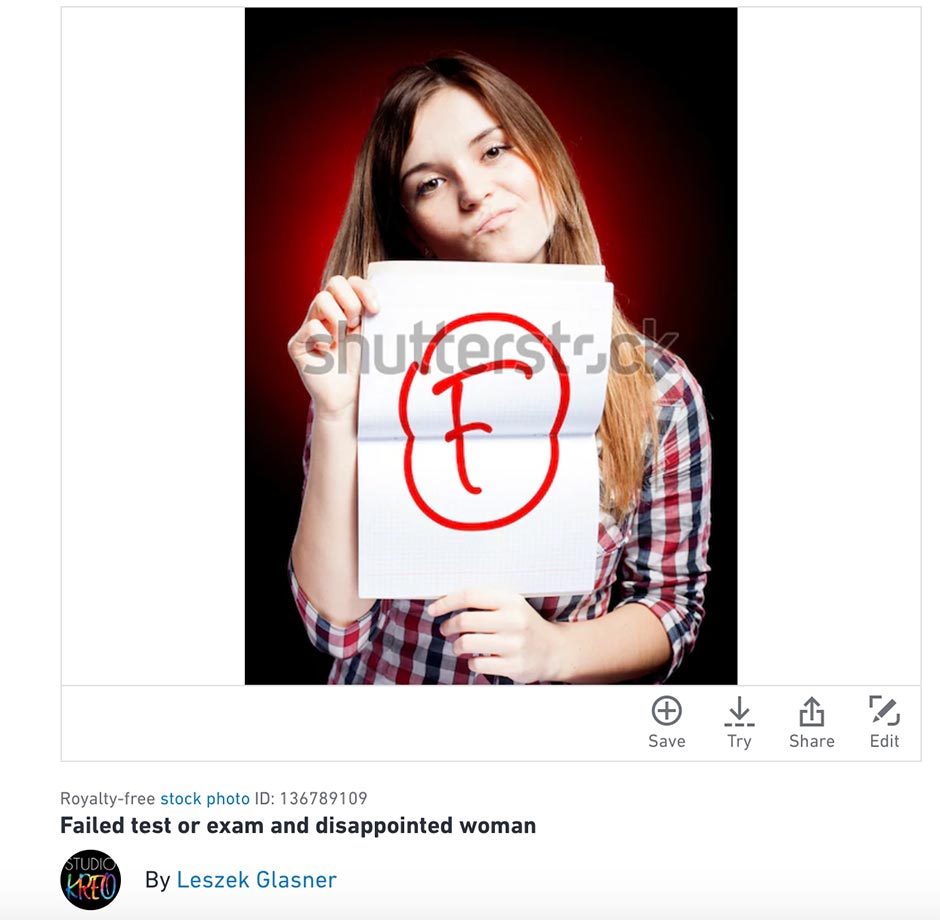 The mother featured in the ad is not the only thing that appears inauthentic.

The “Vaughan Working Families” logo, an ominous black and white silhouette of three faceless figures, is also sold on Shutterstock as part of a “logo design template” created by an Indonesian-based graphic designer. 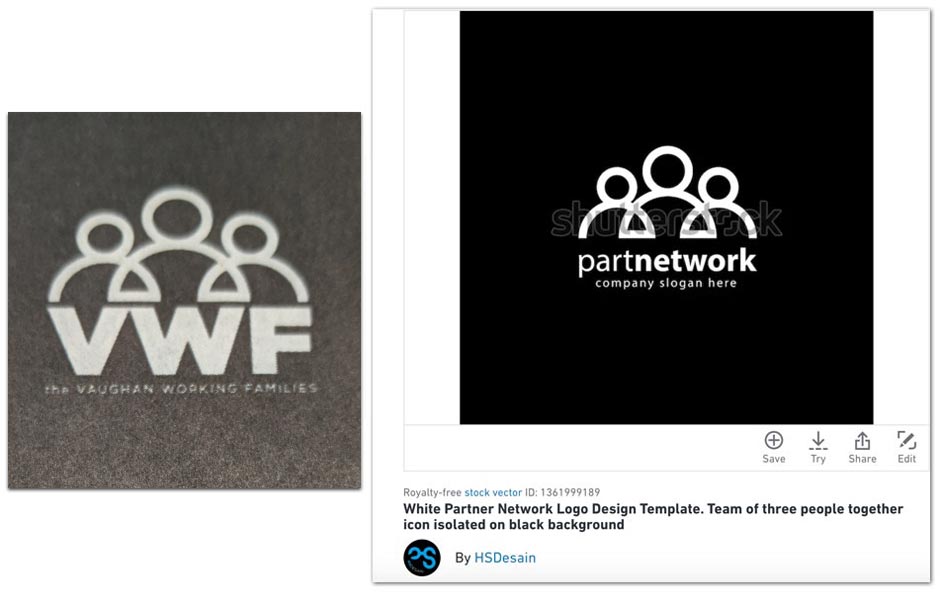 Even the group’s name appears to be of questionable originality.

The name “Working Families” is already associated with an existing group created by the labour movement. That group has been sharply critical of Doug Ford’s plans to eliminate thousands of teacher jobs.

In a statement Sunday, the original Working Families group expressed concern that the name of the new group is sowing confusion.

“Who else could get tens of thousands of dollars to place full-page ads in The Star and The Globe?”

Last month, a man portrayed by the Toronto Sun as an angry father from the same riding was revealed to be a wealthy conservative activist with ties to Lecce.

Lecce’s office did not respond to multiple requests from PressProgress to clarify if he has ever communicated with “Vaughan Working Families.”

In a statement to Global News, Lecce denied having any knowledge of the ads and, although they claim to represent families in his own riding, the education minister stated he is “not familiar with the Vaughan Working Families group.”

Cartwright said the Toronto and York Region Labour Council is offering a reward for information on who is really behind “Vaughan Working Families.”

“We’re offering a $20 Tim Horton’s gift card to anybody who can determine exactly who the conservative millionaires are that are paying for these ads.”