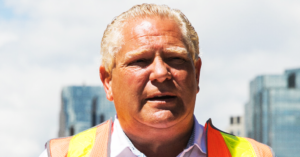 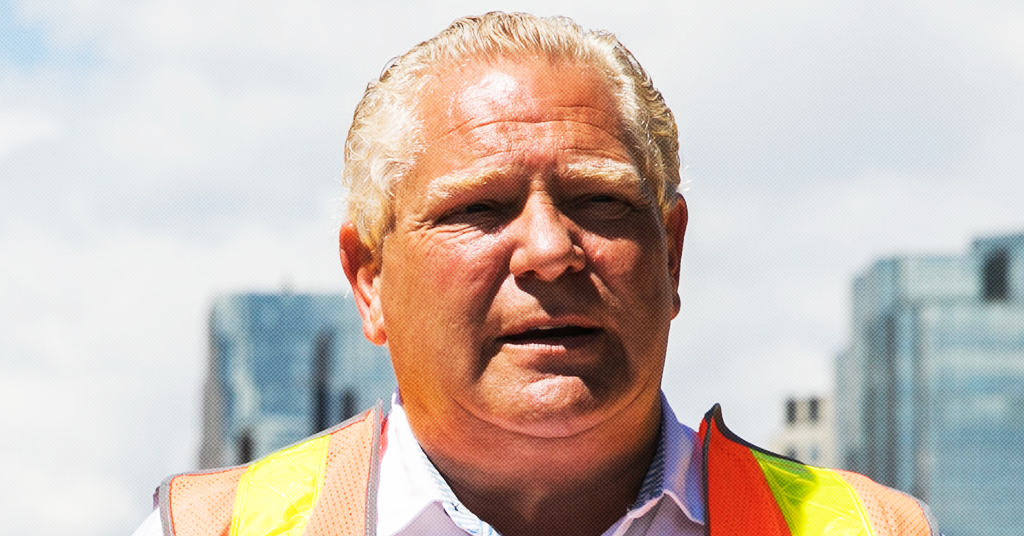 Canada’s biggest public sector union says Doug Ford’s new pandemic powers are being abused by employers who are using it as a loophole to get around collective agreements for reasons that have little to do with Ontario’s pandemic response.

Under the Ford government’s Bill-195, the Reopening Ontario Act, public sector employers are able to override vacation, contracting-out, scheduling and other provisions in collective bargaining agreements.

Shortly after the state of emergency ended, the government included those provisions in its reopening act. The legislation allows the government to extend those measures 30 days, for up to a year after the bill was passed.

In the City of Sudbury, the Canadian Union of Public Employees says the legislation is being used to change working hours for road, distribution and collection workers later shifts during warmer hours — and with no clear ending in sight.

“It’s unprecedented in the history of labour relations in our country,” CUPE Ontario president Fred Hahn told PressProgress. “These workers — frontline heroes, the government calls them — continue to have no access to their legal rights.”

“Based on the Bill as passed, there doesn’t appear to be an outer limit on how long measures can be extended,” Zwibel told PressProgress. “The Bill extends them for a year and it appears they can be repeatedly renewed.”

CUPE noted over 130,000 of its members in social services, long-term care and working for municipalities are subject to Bill-195.

“We weren’t sure if employers were going to avail themselves of these powers in healthcare and municipalities even though the bill empowers them to,” Hahn said. Since then, he noted, members have been given layoff notices not in accordance with seniority rules, they’ve had hours shifted or extended and been denied leave.

For example,Regulation 157/20, extended by Bill 195,  allows municipalities to “take, with respect to work deployment and staffing of the municipality, any reasonably necessary measure” in the operation of shelters, wastewater management or public transportation, if it can be said to mitigate the risk of spreading COVID-19.

In Sudbury, CUPE Local 4705 president Mike Bellerose said the bill has been used to extend measures shifting the hours of some of the city’s outdoor workers.

“The employer has changed their hours of work. When they ought to be working for the most part 7-3:30 or 8-4:30, the employer has them working afternoons,” Bellerose told PressProgress. That means in addition to the usual 6am-2pm shifts, some are working 2:30-10:30pm.

While the scheduling provisions in the CBA, he said, provide workers with evenings off to see family — under the current rules “they are working during the hottest times, with more vehicles and traffic to work around, and then they are working in the dark. Instead of working in daylight hours as the collective agreement says they should be.”

Bellerose noted the employer previously tried to introduce an afternoon shift during the previous bargaining round to increase flexibility and coverage — but it was rejected.

“When it came to winter control, the city wanted flexibility for 24-hour coverage and putting more members on shift work and our member said no. It’s just an extra piece the employer wants to take now,” he said.

While the employer said the new hours policy was introduced to reduce the number of workers per vehicle during the state of emergency — Bellerose said the employer has insisted the measures remain in place well after.

The City of Sudbury maintains that it is simply acting within the powers it’s been granted by the Ford government.

“Bill 195 gives municipalities the ability to make adjustments for work deployments to ensure a safe work environment while keeping critical services operating during the pandemic,” a City of Sudbury spokesperson told PressProgress.

The union countered that the city has not mandated all its workers split into day and afternoon shifts with the same managers, in some cases overseeing both shifts — a claim the city denies.

Ontario’s Ministry of Labour did not respond to requests for comment from PressProgress.