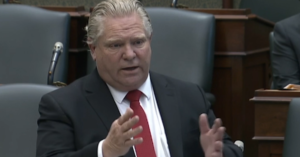 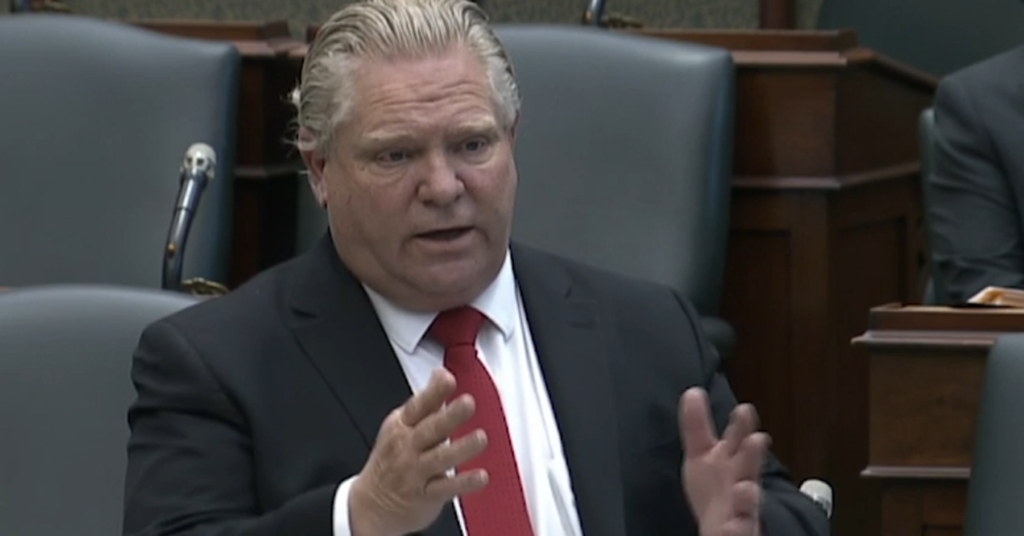 During Question Period, Mamakwa asked Ford why the provincial government had failed to ensure equitable access to COVID-19 vaccines for Indigenous people in urban centres like Toronto and Thunder Bay.

Ford replied by falsely accusing Mamakwa of “jumping the line” to obtain a vaccine.

“What has Ontario done to work with Indigenous-led health providers to vaccinate vulnerable urban Indigenous people as part of phase one priority rollout,” Mamakwa asked.

Ford responded to the question about Indigenous people in urban centres by discussing remote First Nations communities in Northern Ontario.

“That was one of our highest priorities to go into the 31 fly-in communities,” Ford said. “Not only did Ornge fly-in, but the member flew in too to get his vaccine.”

“So, thank you for doing that, and jumping the line as I talked to a few chiefs that were pretty upset about that for flying into a community that he doesn’t belong but that’s neither here nor there.”

The campaign recruited Indigenous leaders to “lead by example and get vaccinated” in order to demonstrate to community members that the vaccines are safe.

The Globe and Mail reported  that leaders of several First Nations communities  had noted low vaccine uptake, owing to a lack of trust between Indigenous people and Canadian government health providers after a long history of abuse.

Ford’s attack was roundly condemned by all opposition leaders at Queen’s Park.

“As you are well aware, MPP Mamakwa took part in a campaign to combat vaccine hesitancy in First Nations communities,” Horwath wrote. “This was part of an effort to communicate to First Nations and remote communities, elders and residents that the vaccine is safe, and that they should be vaccinated as a shield against COVID-19.”

Ford’s comments were also condemned by the leaders of the third party Ontario Liberals and Ontario Greens.

Following Question Period, Ford’s Health Minister Christine Elliot doubled-down on Ford’s attacks against Mamakwa, stating that “everyone needs to wait their turn. I’m not sure if he was in the lineup for a vaccine or not.”

However, Ford’s team quickly changed their tune and announced Ford would not be speaking to the media for the rest of the day.

Earlier in Question Period, Ford shrugged off questions on Indigenous communities and vaccine access by claiming Indigenous people in remote communities are “happy as punch” with his government’s handling of the COVID-19 pandemic.