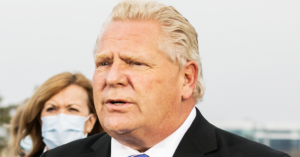 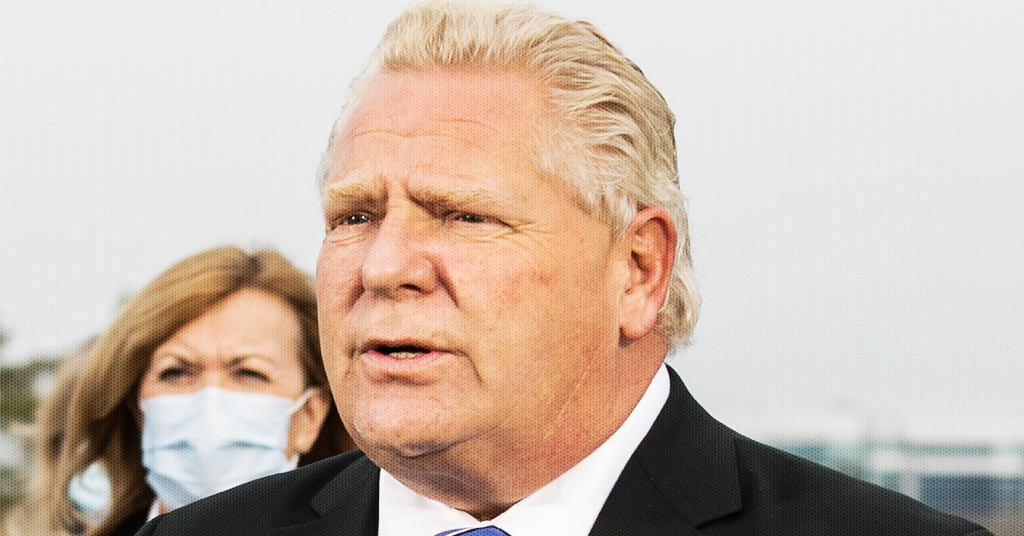 As Ontario’s COVID-19 cases surge, the Ford government is denying it ignored the advice of the government’s own experts when it established a plan that included much looser COVID-19 measures than health officials recommended.

According to the Toronto Star, that contradicted the advice of Public Health Ontario — the government’s own public health agency. The government, for its part, said the higher threshold was proposed by Chief Medical Officer David Williams and the government merely signed-off on it.

But it is part of a growing pattern for the Ford government, as Ontario has faced the second-highest rates of COVID-19 infections and deaths in the country.

Here are a few other times Doug Ford’s government decided to ignore the experts and adopt looser COVID-19 protections:

The CEO of Ontario’s Long-term Care Association said it warned Ford’s government in late January that the province’s long-term care facilities faced a “perfect storm” and urged the government to take action to curb the risk of COVID-19 outbreaks.

According to the CEO, the government was warned that repeated funding cuts, staffing shortages and at-capacity homes meant many residents were stuck in four-person rooms — spaces that are highly vulnerable to COVID-19 outbreaks.

However, by the time the government took action, half of the province’s LTC deaths had already occurred.

On September 23, the Ontario Medical Association called on the government to immediately infuse resources to reduce the surgery backlog in Ontario’s hospitals in an attempt to get ahead of a second COVID-19 wave.

As PressProgress reported, underfunding and direct cuts since the 1990s have left Ontario with fewer hospital beds per capita than any other Canadian province.

While the Ontario government did increase health funding in its most recent budget, the situation seemingly has not changed significantly.

Canada’s chief public health officer Dr. Theresa Tam warned of a “worrisome” situation in Western Canada, Quebec and Ontario as “hospitals are being forced to make the difficult decision to cancel elective surgeries and procedures” to manage COVID-19 spikes.

A report by SickKids Hospital underlined that masking and smaller class sizes would be “vital” to curbing the spread of COVID-19 in Ontario schools.

Those findings were echoed by the Ontario Medical Association and the Registered Nurses Association of Ontario.

Yet, as schools re-opened, students, parents and educators found underfunding meant schools in some areas of the province saw class sizes of up to 30 students and no guarantees schools would be able to provide “daily” mask supplies.