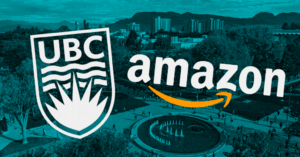 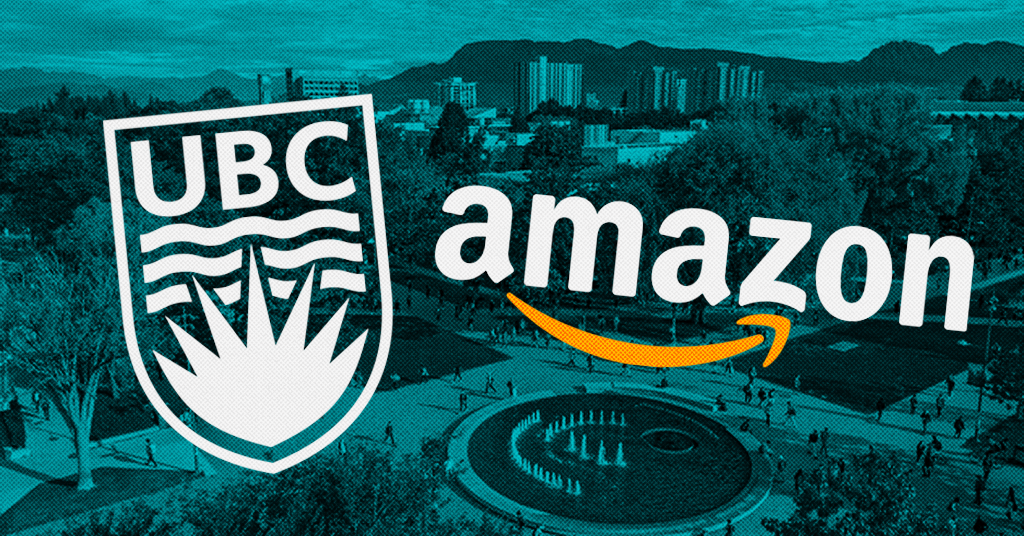 We Took a Look at the President of UBC’s Text Messages. Amazon Told Him to Keep a $3 Million Deal Secret.

Top officials at the University of British Columbia were told to keep quiet about key details on a controversial deal with Amazon at the company’s request, something experts say is “very unusual” and raises questions about the deal itself.

In July 2019, Amazon and UBC signed a deal to create the “Cloud Innovation Centre” (CIC), a partnership the company said would provide students, staff and faculty access to cloud technology to “advance research projects while employing Amazon’s innovation processes.”

There was just one catch — Amazon didn’t want the university to disclose that it was also giving the university $3 million in funding to use their technology.

In one text message labelled “confidential” sent on July 5, 2019, UBC’s President told UBC Chancellor Lindsay Gordon: “We can’t say this publicly, but we just received a $3 million from Amazon. They want it to be anonymous.”

“It’s for our Centre for Teaching and Learning,” Ono explained. “Will be announced in Seattle next week.” 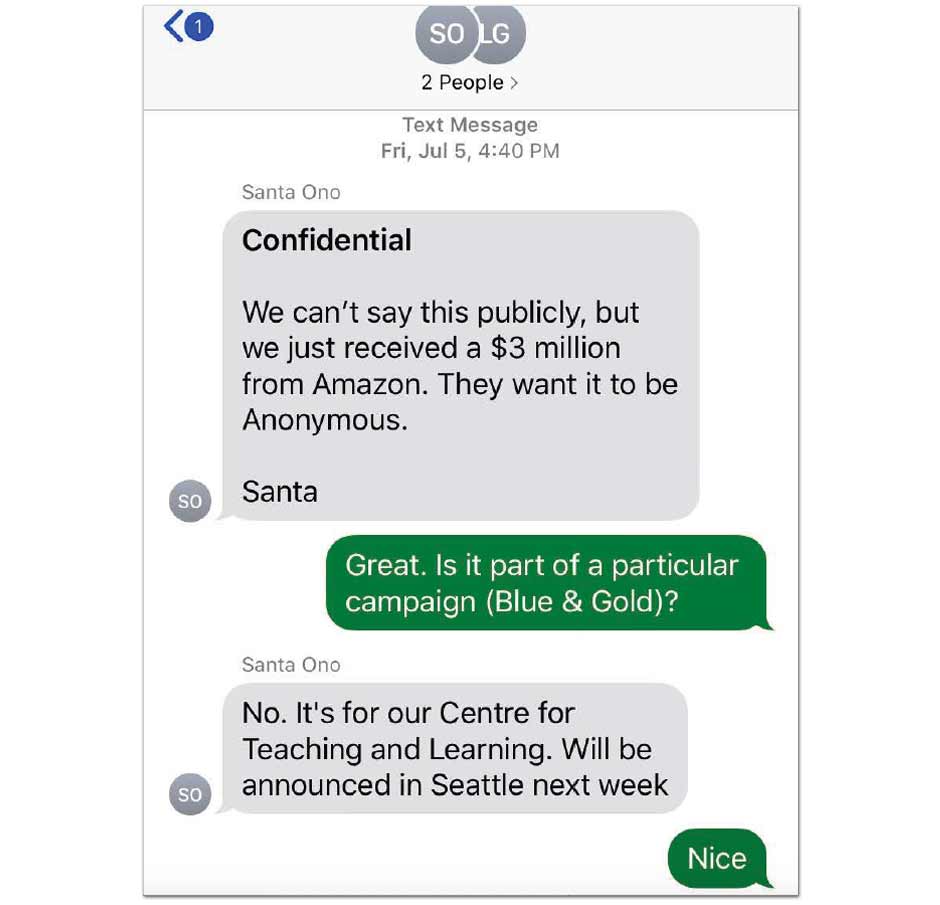 The CIC project previously attracted criticism from students and faculty over a lack of consultation and questions about its vague mandate.

The students group UBC Students Against Bigotry said that when it tried to obtain a copy of the contract revealing UBC would receive up to $3 million in Amazon Web Service credits, the university delayed release of the document.

The group said its request was delayed by “a request for review by a mysterious ‘third party’, worried that the disclosure may be harmful to its ‘business interests’.”

In a statement to PressProgress, Amazon suggested that its requests for anonymity are “common practice” when they enter into funding arrangements with academic institutions.

“It’s not about the funding, it’s about the program,” an Amazon spokesperson said about the multinational corporation’s request for anonymity.

Amazon would not disclose if it was the unknown “third party” that delayed the disclosure of documents through Freedom of Information. 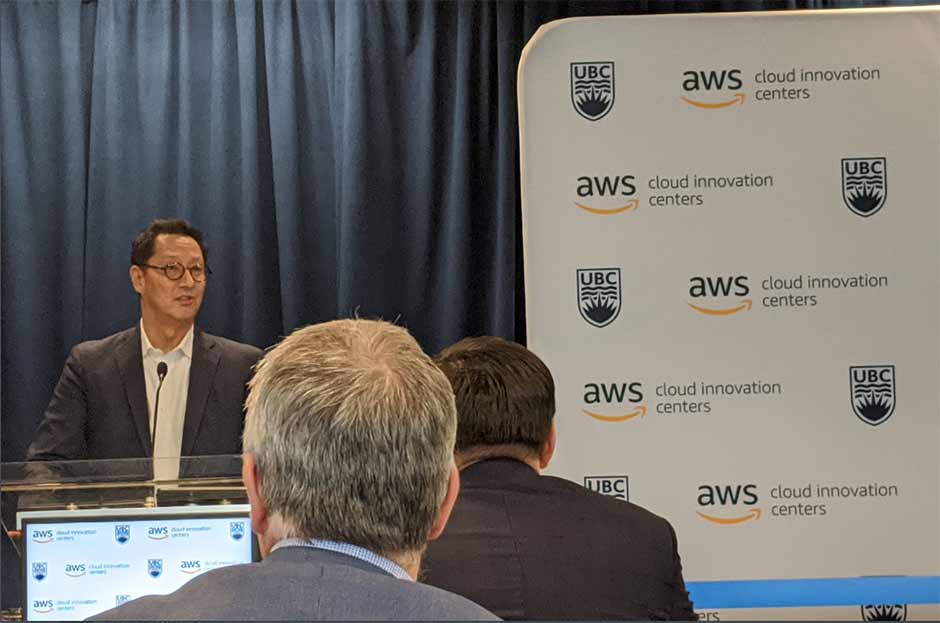 Chandra Pasma, a researcher with the Canadian Union of Public Employees, said she’s not so sure about Amazon’s claims that it is following standard practices.

“It is very unusual for a large corporation to ask to remain anonymous when offering research funding or signing a contract with a post-secondary institution,” Pasma told PressProgress.

“It does immediately make me wonder what the provisions of the deal are and what Amazon is getting from it,” Pasma said.

“Even when funds don’t come with strings attached, there are still concerns that post-secondary institutions might feel beholden to their large donors or funders and make their decisions in that regard.”

Pasma also noted the contract gives Amazon rights to content created by students: “This seems like it’s taking advantage of students to provide content to Amazon without the protections and compensation of actual employment.”

Amazon said content created under the deal is “available open source,” and stressed that neither the company nor UBC technically owns the work products. Pasma said she agrees it is “not about ownership,” but is instead about “access.”

“The contract specifically states that results will be made available to Amazon,” Pasma said. “Any agreement that says that students must share their work with a giant tech company for free is problematic.”

Jamie Brownlee, a law professor at Carleton University, said the lack of transparency raises questions about whether someone is trying to avoid scrutiny over the deal.

“Companies like Amazon are well aware that these kinds of agreements are more heavily criticized today than in the past,” Brownlee said. “They may be eager to avoid any kind of negative public attention or scrutiny.”

“They may just think it’s best not to disclose it at all to avoid drawing more attention to the details of the agreement.”

“For us, it’s part of the puzzle of the mismanagement and the scandal that has been taking place in this administration for a long time. They haven’t been consulting with students, faculty and staff on a wide range of issues.” 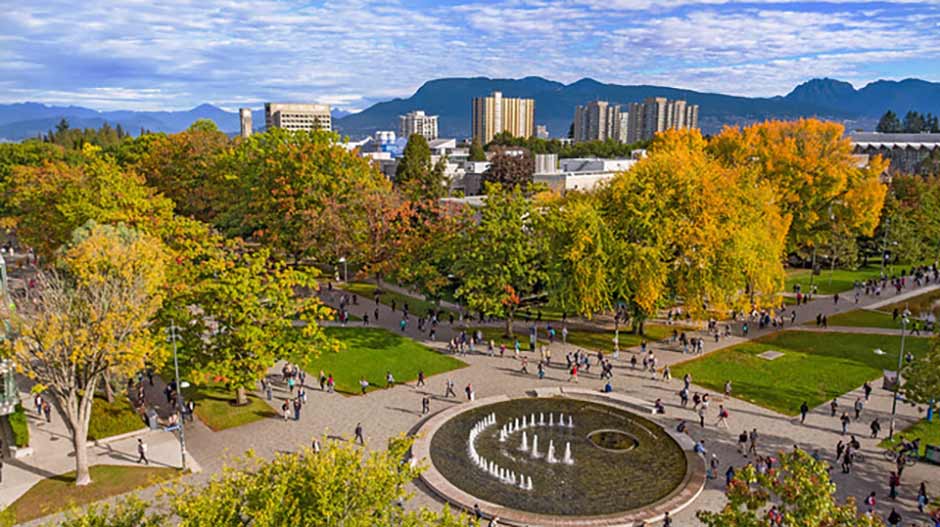 In a statement to PressProgress, UBC said the funds provided by Amazon will be used to develop “proof of concept” projects related to “community health and well-being.”

Other documents show that just prior to the announcement of the CIC, UBC officials quietly worked behind the scenes to accommodate the project on campus.

“The announcement has not yet been made so we’ve been asked on the quiet to find a space for a UBC partnership with Amazon,” the email stated.

“We need to confirm but believe Amazon would pay for whatever space we find.”

In fact, UBC confirmed to PressProgress that the university is covering the costs of Amazon’s office space, which has an equivalent rent value of $107,718.72 over three years.

Update (August 19): This story has been updated to include additional comments that were received following publication from Amazon about rights to content under the deal as well as a response from Chandra Pasma.