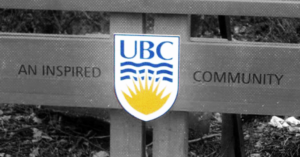 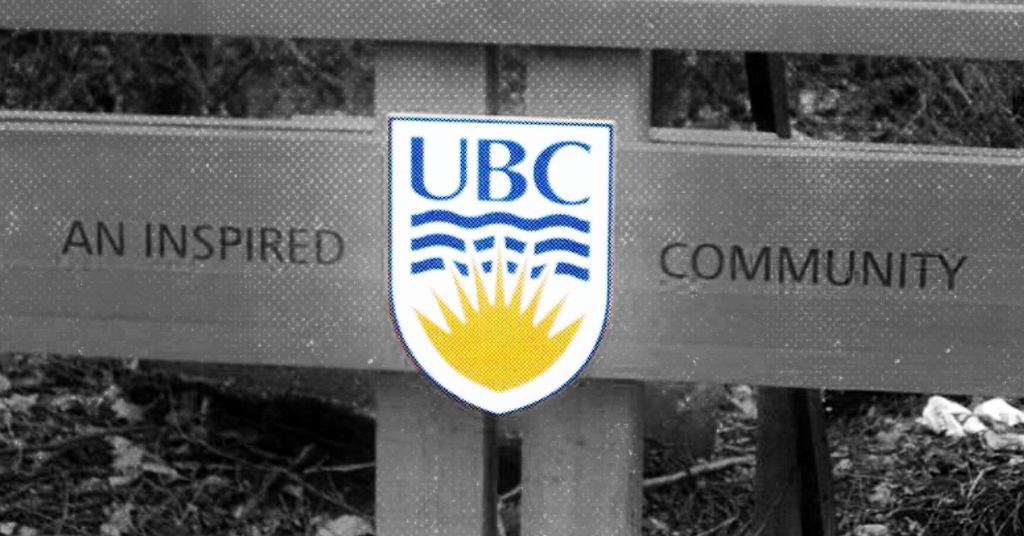 Internal university communications newly obtained by PressProgress contradict explanations offered by the University of British Columbia’s leadership for why it decided to give a green light to an “alt-right” event on campus.

Jenn Smith, the event organizer, has no academic ties to UBC and reportedly used members of the Soldiers of Odin hate group as bodyguards at previous events in BC.

UBC’s decision sparked a backlash from students and faculty.

The records obtained by PressProgress through Freedom of Information show UBC President Santa Ono told the chair of the university’s board of directors that the university had received an equal number of messages of support for the event as it did messages voicing concern.

In one message, addressed to UBC Board Chair Michael Korenberg, Ono says UBC Provost and VP Academic Andrew Szeri told him “half of individuals weighing in on this event have asked that the event occur.”

Ono added that Szeri “feels strongly that this is an academic freedom issue.” 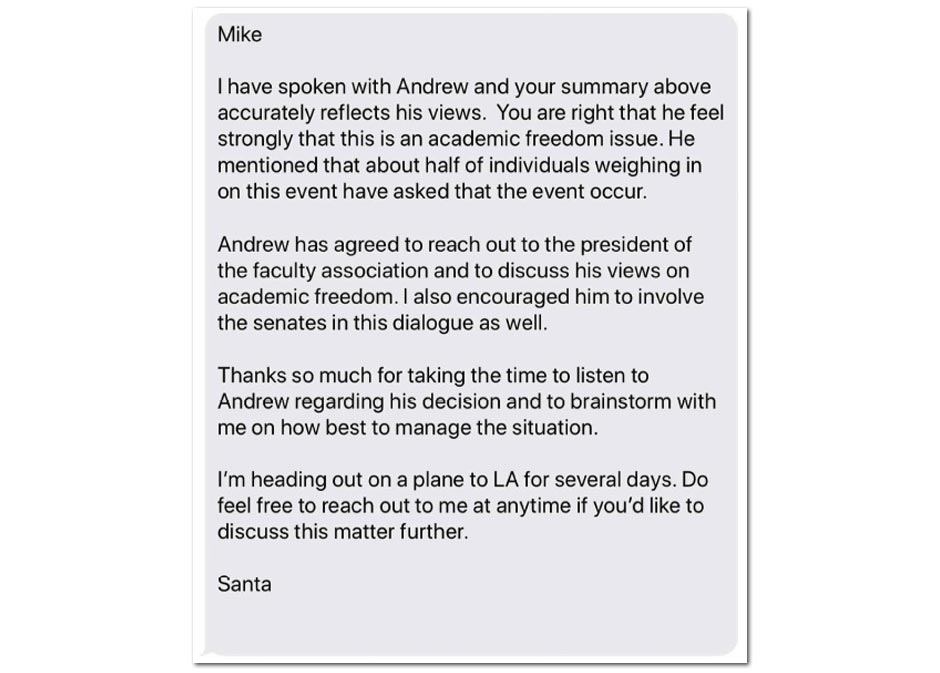 UBC’s Board Chair repeated the same explanation to the UBC Faculty Association, which publicly opposed the event, to explain their decision.

“Dr. Szeri noted to me there have been communications received by UBC that are opposed to the event proceeding, as well as an almost equal number in favour,” Korenberg wrote.

However, a closer look at 31 e-mails received by UBC’s Provost in the lead-up to the June 23rd event suggests that explanation doesn’t quite add up.

In fact, 15 e-mails explicitly warned Szeri that the safety of LGBTQ students, staff and faculty could be compromised by the event.

Nine emails noted the speaker’s reported connections to the Soldiers of Odin, an anti-Muslim group with neo-Nazi origins and other white supremacist links. 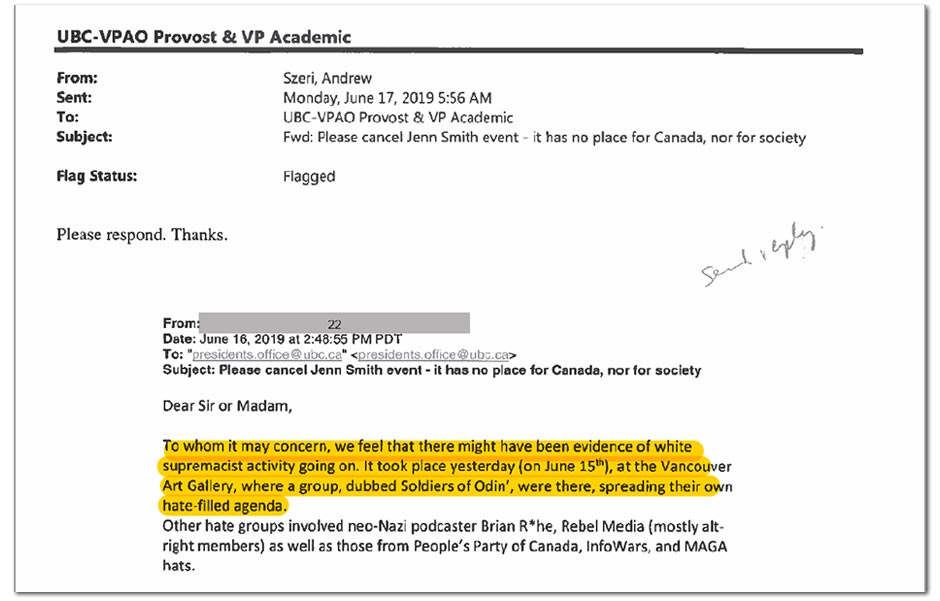 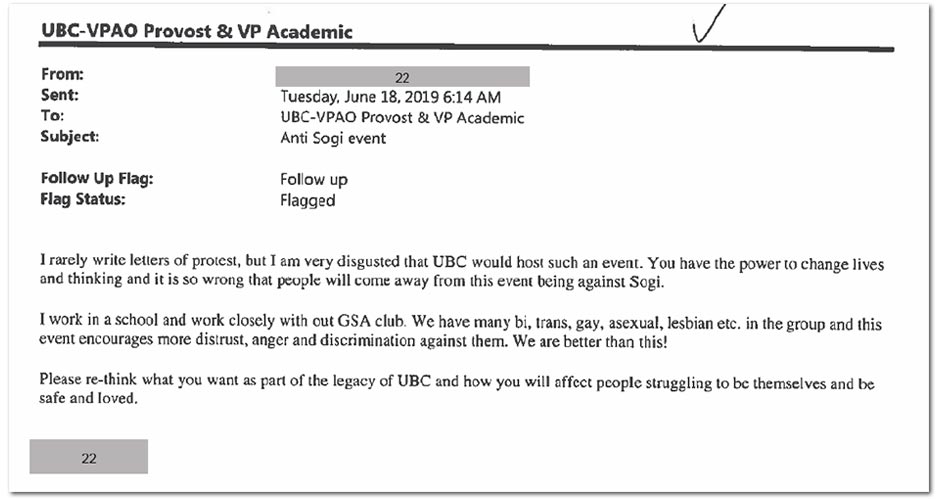 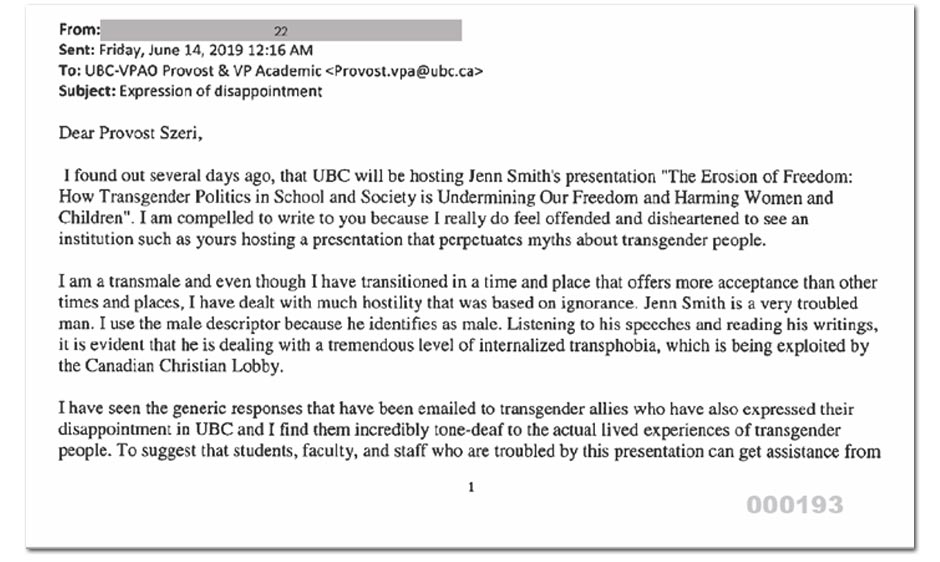 Of the four supportive e-mails UBC received, two urged the university to subsidize the event by paying for security costs out of its own pocket.

During the event, an anti-racist students’ group documented evidence suggesting members of the Soldiers of Odin hate group had been present on UBC campus.

In a statement to PressProgress, Szeri said UBC’s decision to allow the event go forward was a “complex one for the university administration.”

Szeri reiterated that UBC “received communication both in support and against the university’s decision,” but suggested these were received “through a variety of channels, including personal contact and via e-mail, letters and phone calls.”

“We are aware that community members (particularly trans and non-binary students, faculty and staff) were personally affected by the June 23, 2019, event,” Szeri said, but added that “concerns about academic freedom and freedom of expression that we have heard are also incredibly important to us.”

UBC’s problematic handling of the event was also complicated by the fact university security kept tabs on faculty who criticized UBC’s administration.

Another e-mail, sent on the day of the talk, shows UBC’s risk management services kept a close eye on both faculty members criticizing the event as well as an unnamed “alt-right” group.

One e-mail sent to UBC’s director of risk management show the university was surveilling Reddit for hints about the plans of the “alt-right group.”

“I haven’t found any new updates from the alt-right group on Reddit,” a member of UBC’s media relations team wrote.

Justice told PressProgress that the university’s handling of the event stands in stark contrast with the values of the academic community.

“If they put as much energy into actually upholding and giving principled life to [diversity] instead of cynically surveilling their faculty critics we’d probably see some really positive impacts on the institution,” the Indigenous literatures professor said.

“Media Relations provided a summary of that social media activity to Risk Management Services,” Heinrich said, describing it as a “standard practice.”