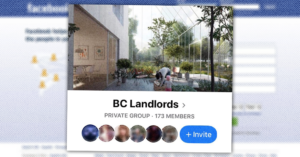 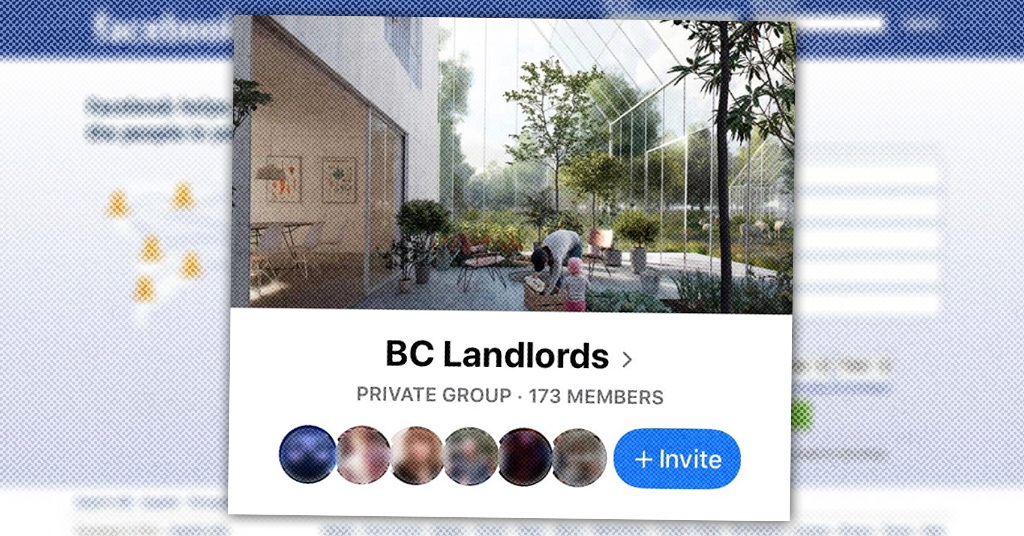 ‘Throw Their Stuff on the Lawn’: BC Landlords Plot Against Unemployed Renters in Private Facebook Groups

BC landlords disgruntled over new protections for renters during the coronavirus pandemic are connecting with one another online using private Facebook groups to rant about the government and plot against recently laid-off tenants.

Several provincial governments recently banned evictions during the coronavirus pandemic after renters across Canada said they would be unable to pay rent on April 1  after being recently laid-off.

In British Columbia, the provincial government announced moratoriums on evictions and rent increases, as well as a temporary $500/month rental supplement to be paid directly to landlords on behalf of “low to moderate” income tenants struggling to afford rent.

But in Facebook groups hidden from public view, some BC landlords grumble that they’re the ones getting handed the short-end of the stick. 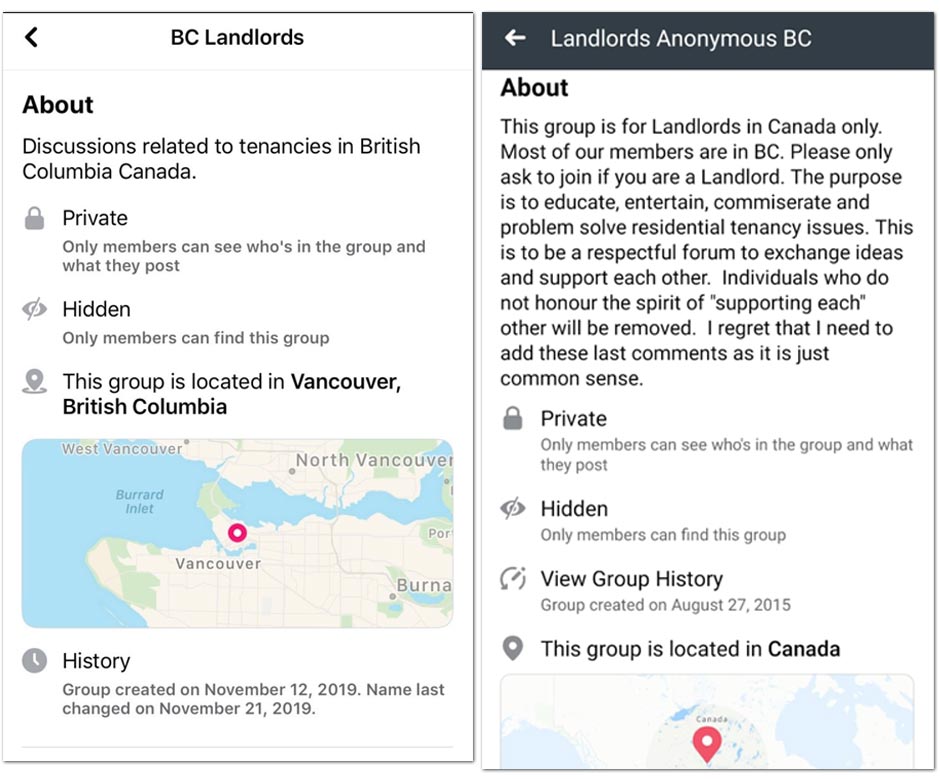 “I don’t really want to pay for everyone being unemployed!” wrote Meltem Bahcheli, one of the administrators of the private Facebook group “BC Landlords.”

“I think we (the landlords) should start a petition!” Bahcheli added. “If the government wants everyone to sit at home unemployed they should foot the bill!”

Bahcheli did not respond to questions from PressProgress about the posting, which was later deleted, or her knowledge of a recent BC Human Rights Tribunal ruling.

A Vancouver landlord by the same name made local headlines earlier this year after the Tribunal ruled a landlord named “Meltem Bahcheli” engaged in “discriminatory harassment” after a mother was pressured to move out shortly after giving birth (Bahcheli later disputed the ruling and filed for a judicial review).

In another group called “Landlords Anonymous BC,” landlords grumbled that the BC government had effectively created a $500/month flat fee for all rental units across the province.

“Banning evictions for non-payment is terrible,” wrote Sam Perren, a realtor based in Kamloops. “Rent is now $500 for all BC rentals.”

“How can I get them to pay the full rent if there is no eviction allowed?” he asked.

Perren, who did not respond to a request for comment, suggested “all landlords should stop filling empty units until (the eviction ban) is lifted,” adding: “It’s less risky to stay empty than fill units at this crazy low rent.”

“You just have to hope that you have decent tenants in place that will do the right thing,” replied a landlord named Loren Meaghan, before adding: “Let’s hope we can go after them for lost rent once this is all over.” 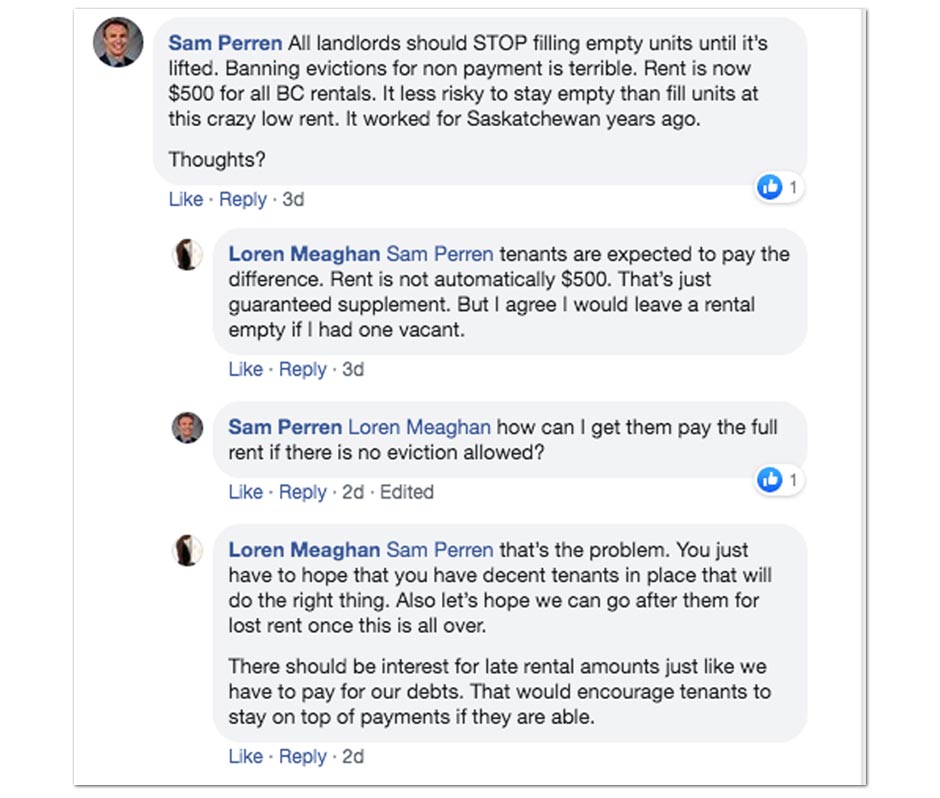 Another landlord suggested struggling tenants should not be given any leniency on rent during the pandemic because they might try “milking” landlords.

“The problem with ‘forgiving’ rent so early in the game is the risk of giving up something you will regret later,” wrote Paul Harling.

“Your tenant ‘friends’ will quickly turn on you once they realize they aren’t getting their jobs back, the landlord continued. “If they end up milking the situation for 9 months, you will regret being nice.”

Harling advised landlords against offering renters flexibility until “after” the public health crisis is over because, he said, “if this lasts 6 months, there will be tenants getting an entire year’s rent for free.”

“I wouldn’t agree to give up a nickel until the tenant is in a position to start paying again,” he added. 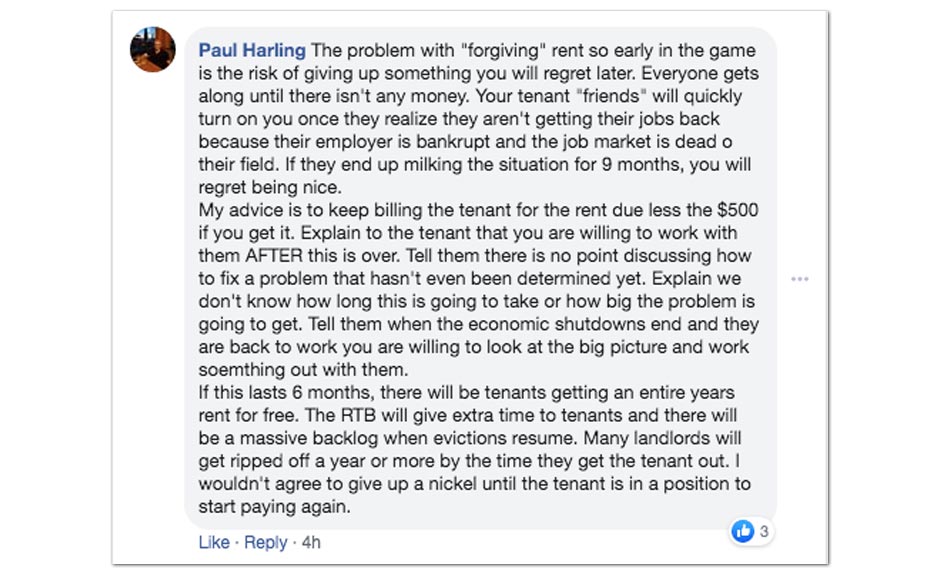 Harling appears in a People’s Party of Canada hat on his public Facebook profile. He has stated that he supports a “slow down” on immigration to “allow housing supply and demand to rebalance,” adding: “we need more homes, not more people.”

Another landlord named Tim Rodgers deleted a post sharing tips on how to get rid of tenants as soon as BC’s ban on evictions is lifted.

“I have spoken with a local Bailiff,” Rodgers wrote. The Residential Tenancy Branch is “still doing all processes, just the courts will not issue a writ of possession …. If someone has not paid rent April 1st, do the normal process.”

“I was wrong as the actual order does not allow any process on eviction,” Rodgers later told PressProgress, explaining his reason for deleting the post. “Most of us are talking about tenants who are taking advantage of the order.” 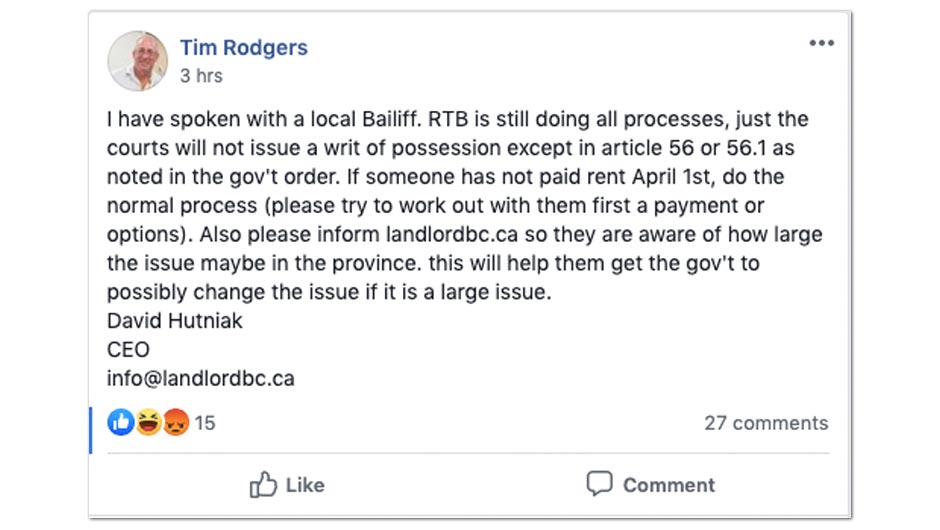 Jason Schapansky, another member of “Landlords Anonymous BC,” mused about defying the ban on evictions and removing tenants who don’t pay rent during the public health emergency.

“Oh, we have recourse! It will just be a pain in the ass,” Schapansky told the group. “Throw their crap on the lawn.”

“Obviously, I only mean those that decided not to pay just because,” he clarified. When another user noted “you cannot do that legally unfortunately,” Schapansky replied: “The fine is less than the loss of rent over time.”

“If they wanna be a dick, two can play at that game,” the landlord added. 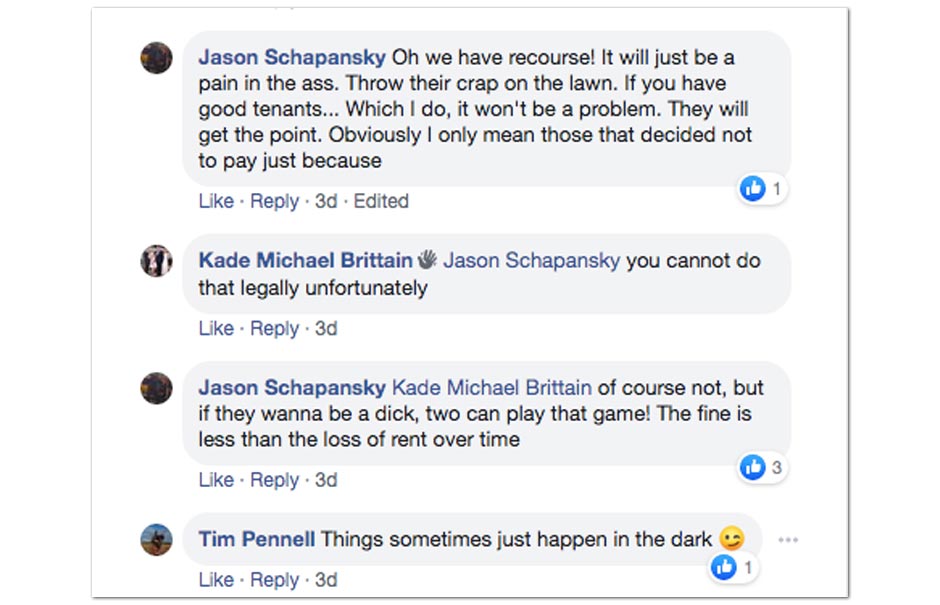 In a statement, Schapansky insisted PressProgress did “not have permission to use” his statements because he made those statements in a “closed group.”

“It will be out-of-context for your trash reporting,” Schapansky said. He did not respond when asked to explain how he felt his statements were out-of-context.

Shortly after speaking with PressProgress, Schapansky warned the group that a “reporter (is) looking to dig up stories from a closed group.”

“I, as well as others, know this group can be accessed by anyone, but we hope, just a little, that what we say doesn’t get published to the open world.” 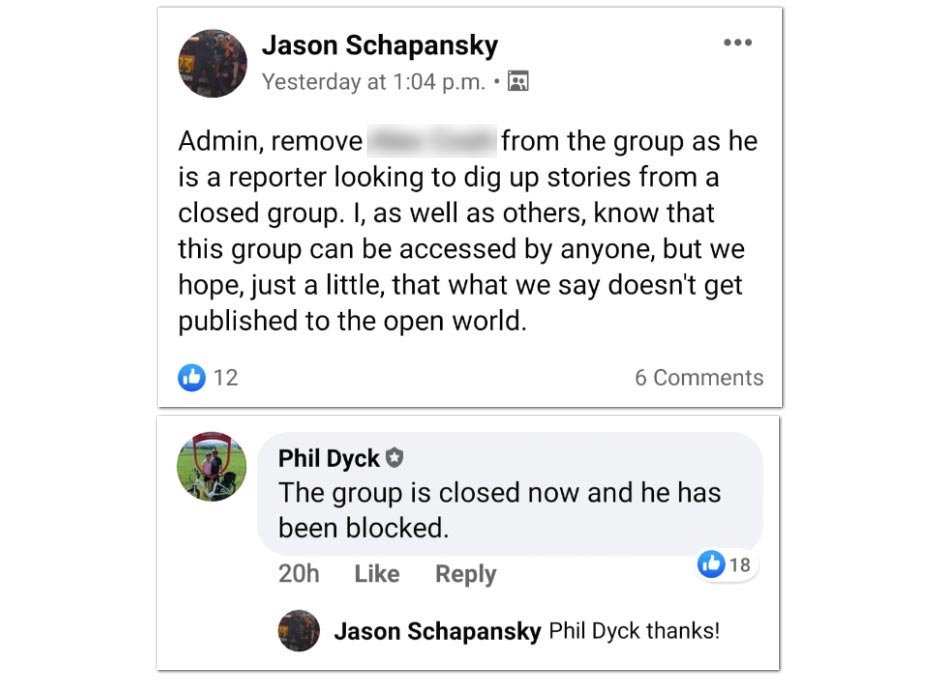 The “Landlords Anonymous BC” group is now completely hidden from public view, however, PressProgress can confirm it still continues to operate.