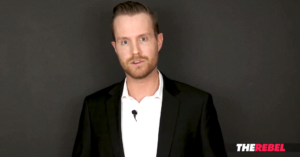 One of the board members of a right-wing Vancouver municipal party is under fire after encouraging residents to harass homeless people struggling with addiction.

Last month, local magazine Scout Vancouver spotted Non-Partisan Association board director Christopher Wilson in a private Facebook group, which is reportedly filming and shaming homeless people in downtown Vancouver, encouraging others to “start harassing” the homeless to give them the message that “they aren’t welcome to degrade our neighbourhoods.”

Wilson is a former Rebel Media host who was elected to the NPA’s board last year. 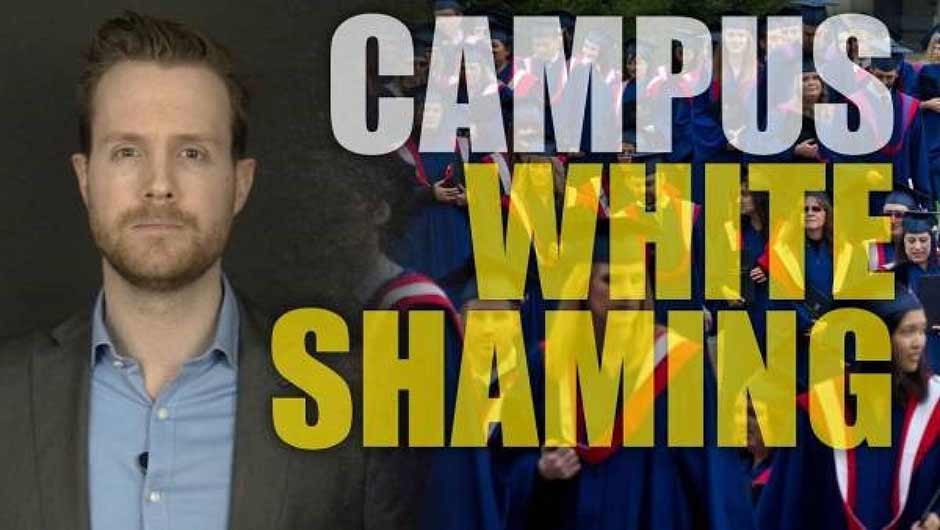 In response to a photo purporting to show homeless drug users on the streets of downtown Vancouver, Wilson wrote: “Let’s start harassing these low-lifes.”

“Honestly,” the NPA director continued, “they wanna deteriorate the quality of life in my neighbourhood, let’s ruin their fun.”

Another user asked: “How do you propose we harass them?”

“Speak up, say something,” Wilson replied. “Tell them to leave, tell them they aren’t welcome to degrade our neighbourhoods. Obviously not everyone will want to provoke a conflict, but saying nothing and just biting our tongues makes it worse.” 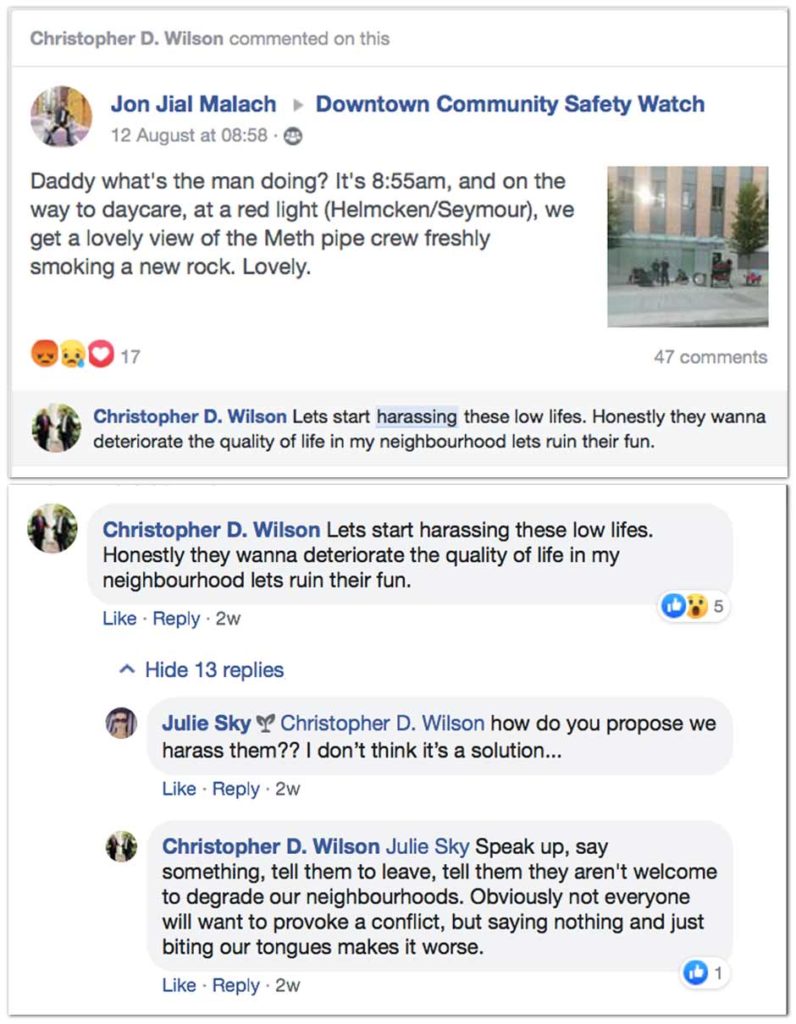 Officials with Vancouver’s NPA party did not respond to multiple requests for comment from PressProgress about their board member’s remarks.

Ken Sim, who ran for mayor under the NPA banner in 2018, said he was disgusted by the former Rebel Media commentator turned NPA director’s statements about homeless drug users.

“I found them completely disgusting, out of touch, not empathetic at all,” Sim said. “These people aren’t low-lifes, they’re sons and daughters of people.”

The NPA has faced internal turmoil in recent months following the election of a slate of far-right social conservatives to its board of directors, prompting public criticism and several resignations from within the municipal party’s own ranks.

Other new NPA board directors included candidates who ran in the 2018 municipal election with a party that railed against SOGI 123, an initiative designed to counter anti-LGBTQ bullying in BC schools.

Councillor Rebecca Bligh resigned from the NPA caucus last December shortly after the new board appointments.

As a result of what he sees as the party’s new direction, Sim recently told local press he plans to run in future municipal elections with a new party.

“I left the NPA for a few reasons, including the hard turn they made towards the far right,” Sim told PressProgress.

Despite some voices within the NPA attempting to distance themselves from the far-right elements that have taken over the party’s agenda, the recent shift follows a long record of opposing measures designed to support homeless people and tackle the city’s opioid crisis, including:

Wilson, who left Rebel Media in December 2017, made national headlines following a heated exchange with federal Environment Minister Catherine McKenna, who questioned him for demeaning her with the sexist nickname “climate Barbie.”

Last year, the NPA director told Canadaland he had no regrets about his work for the far-right outlet: “I stand by everything I said. It’s all public record.”

Update: Following publication of this story, the NPA’s elected caucus released a statement signed by several city councillors and other municipal officials indicating that they “categorically denounce the statements made by Mr. Wilson.”