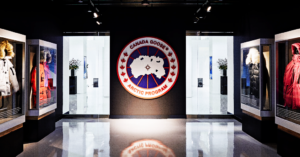 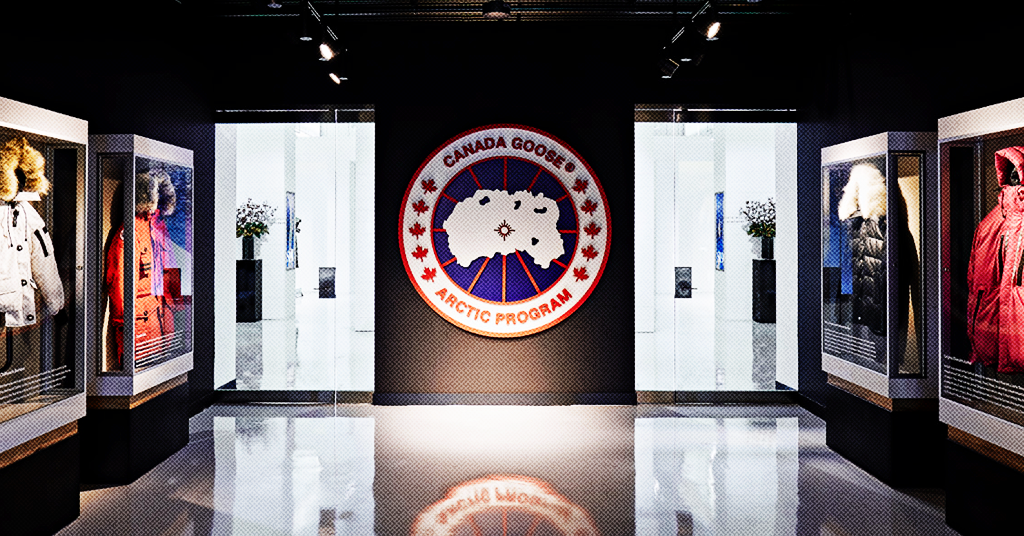 Job insecurity is preventing workers from speaking out about workplace health and safety, say former workers and labour groups

While Canada Goose is busy producing personal protective equipment to keep frontline healthcare workers safe and healthy, the workers who produce the PPE are quietly struggling with conditions inside their Winnipeg factory.

Canada Goose, a clothing manufacturer best known for its luxury winter parkas, is currently contracted by the federal government to produce up to 1.5 million medical gowns for health workers during the COVID-19 pandemic — in Manitoba alone, Canada Goose is producing up to 100,000 gowns for the provincial health agency.

Despite playing an important role in Canada’s COVID-19 response, former workers and local labour groups say the workers producing PPE are under pressure to meet unreasonable quotas and fear losing their jobs for speaking out about conditions inside their own factory. 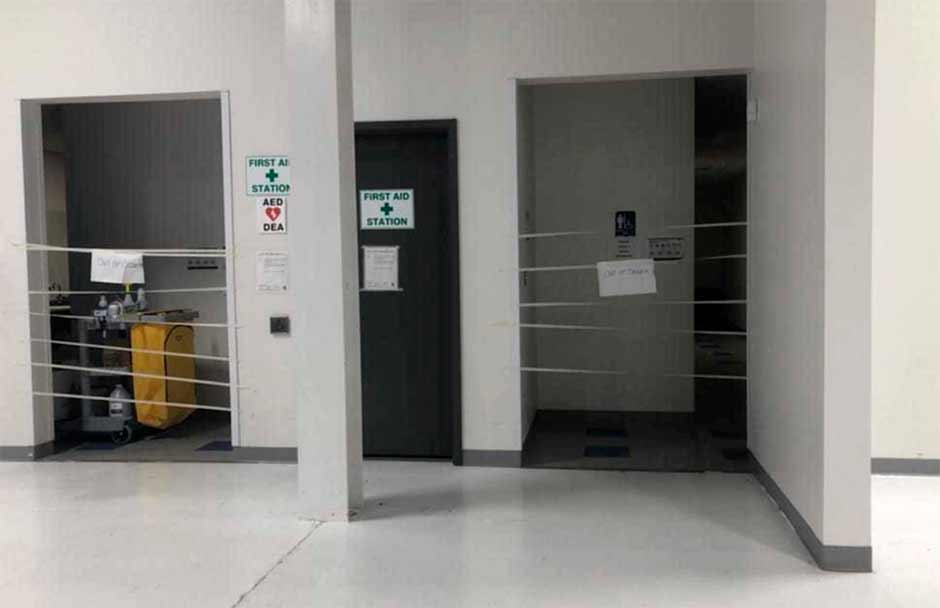 The Winnipeg Free Press reported the company set-up porta-potties for workers in a parking lot after washrooms inside the factory broke down last month. According to a worker who spoke to PressProgress, the company asked the factory’s 500 or so workers to share 10 portable toilets for three weeks.

Another worker told the Free Press that the porta-potties were in “bad condition” and “only get cleaned every four days,” forcing a number of workers to find relief elsewhere given the pandemic.

One worker told PressProgress their spouse would pick her up on breaks and drive them home so they could use a more hygienic washroom. They said another worker kept a container in their car trunk.

They said other workers would eat and drink less during their workdays to avoid needing to use Canada Goose’s porta-potties.

In a statement to PressProgress, Canada Goose said its washrooms were shut down for repairs by Colliers, the building’s landlord, who also supplied the porta-potties. 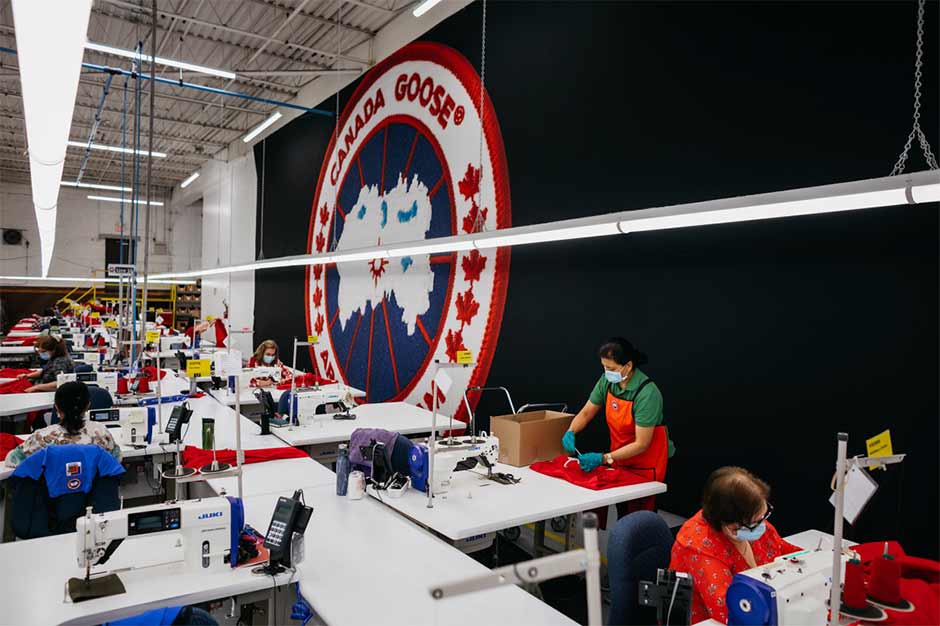 Earlier this month, over 40 workers approached human resources managers during work hours to address the washroom issue. The worker, who was part of the group, said HR suggested workers clean the porta-potties themselves after each use.

“You should clean after you use,” the worker said. “But how can you clean the portable right? It’s portable, there’s no water inside.”

That worker was fired later the same day. They said they were told the reason was that they weren’t meeting their quotas and had no evidence to suggest otherwise, but said their termination was still “unexpected.”

“If they want to fire you, they fire you, they will surprise you” the worker said, adding that the precarious employment status of Canada Goose workers makes them less likely to speak out about unhealthy working conditions.

A group called Winnipeg Youth United (WYU) organized a rally outside the factory as part of a solidarity campaign to expose working conditions and put public pressure on Canada Goose management. Only a few days later, workers confirmed to WYU that the indoor washrooms were back up and running. 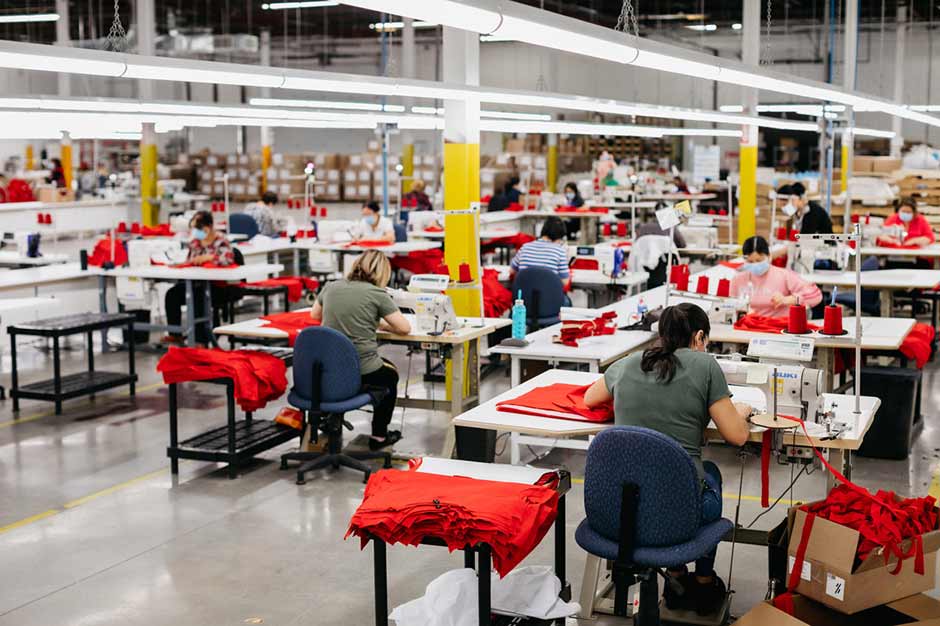 Experts say the threat of termination can always deter workers from speaking up about working conditions or invoking their right to refuse unsafe work.

“If an employer asks staff to clean washrooms in a pandemic without supplying adequate cleaning materials, PPE and training, the employer is likely violating its obligations under OHS legislation,” University of Athabasca labour studies professor Bob Barnetson told PressProgress.

Barnetson said workers could also technically invoke the right to refuse unsafe work for simply being required to use unsafe washrooms.

“Employers are required to identify and control workplaces hazards, including biological hazards, such as bacteria and viruses, that can be found in common areas, such as bathrooms,” he explained. “If you can’t safely access washroom facilities, then you would be okay to refuse unsafe work. That is an individual right, but a group of workers could all, in sequence, refuse on that basis.”

By law, the employer can’t retaliate when a worker invokes the right to refuse unsafe work. But in practice, the retaliation can be subtle.

“You don’t get any overtime shifts or they lay you off in a couple months, the first out the door, that kind of stuff.”

Outside of a union drive, or invoking the right to refuse unsafe work “non-unionized workers in Canada generally have very limited statutory protections when they engage in collective actions to improve their working conditions,” Barnetson said. 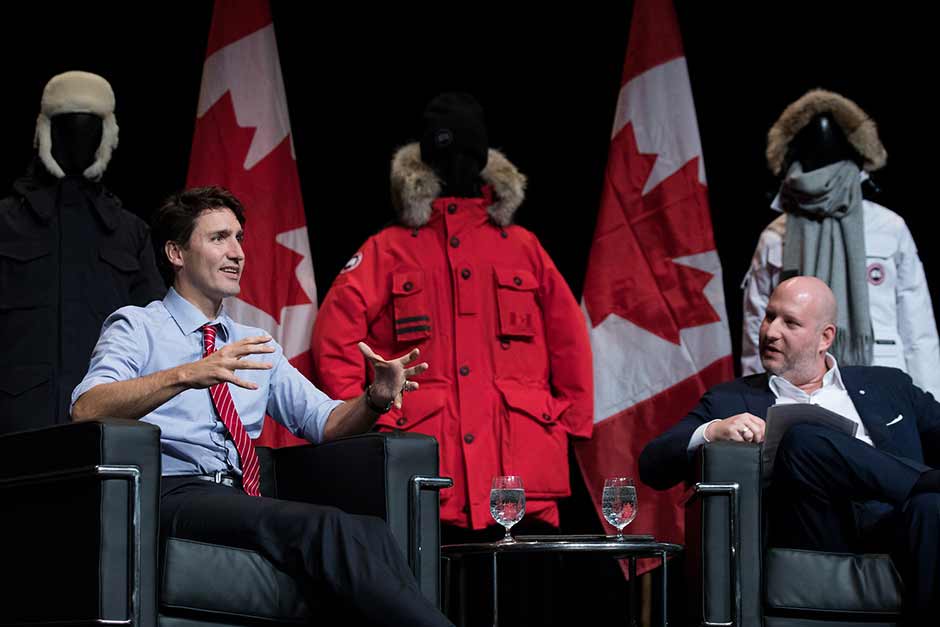 Jo Ann Pinera, an WYU organizer, says the latest washroom incident is one of many ongoing concerns about Winnipeg’s Canada Goose factory. Over the summer, she interviewed a dozen Canada Goose employees about their experiences.

Pinera said many workers complained of low wages, piece work rates, pressure to meet unrealistic targets and bullying from management. She said she also heard complaints about the company’s treatment of immigrant workers.

Rabia Syed, an organizing coordinator with Workers United, said management has created a “culture of fear” for Canada Goose workers.

“Many workers have voiced complaints of maltreatment in the workplace and low wages — among many other issues — but they are afraid to speak up to management out of fear of losing their jobs,” Syed told PressProgress.

“If these workers had a union, they would have a voice to prevent problems like the bathroom issues, rather than rely on their paternalistic employer at the Canada Goose Winnipeg plants. It’s not right how they’re being treated and there needs to be a change.”

Last April, Workers United attempted to unionize one of Winnipeg’s three main Canada Goose factories. But Pinera said the employer disputed their application to the Manitoba Labour Board, saying all three factories would need to be organized, not just one.

According to WYU, the votes were never counted and the application was dismissed by the Manitoba Labour Board.

The Canada Goose factory in Toronto is unionized with Workers United. Pinera said the union was able to secure more benefits for workers there.

“I think it’s a matter of virtue signalling or corporate social responsibility and this facade they put on,” Pinera said, adding it’s “outrageous” that Canada Goose can “disregard the oppression that goes on in their own supply chains.”

Update: Following publication of this story, a spokesperson representing Canada Goose provided PressProgress with this statement:

“Canada Goose does not comment on the employment history or the circumstances around the termination of staff. That said, as per our policy, employees are always given opportunities to improve their performance through coaching and training, in addition to both written and verbal warnings prior to any action. We are immensely proud of the jobs we’ve created in the province of Manitoba and have continued to support during the global pandemic. We have worked closely with both property management and our employees to both ensure as fast a resolution to the facility repair as possible and clear communication around the status of those repairs. As noted, the bathroom facility repairs were resolved.”