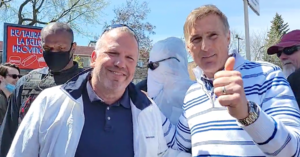 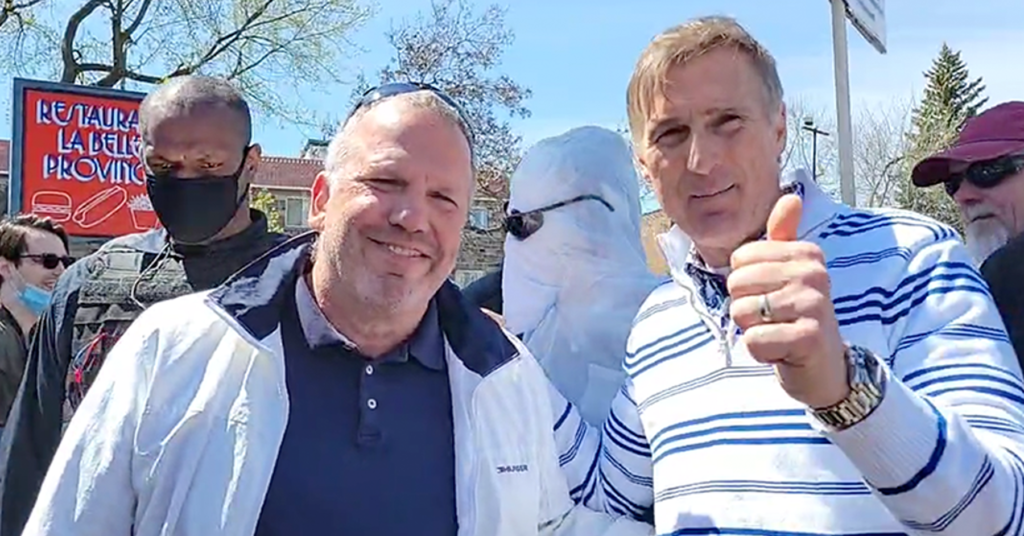 The event ended with police deploying tear gas to disperse an “aggressive” crowd gathered at the Olympic Stadium, which has been administering thousands of COVID-19 vaccinations per day since the beginning of March.

Authorities forced to reschedule vaccine appointments: A day earlier, Québec’s health minister announced the province would be redirecting all vaccine bookings to other locations in advance of the protest.

“People have a right to their opinion, but I think they could have left those who are getting vaccinated alone,” Health Minister Christian Dubé told a local TV station.

Fringe groups target vaccination site: According to a Facebook event listing, the protests were organized by three groups calling themselves “Québec debout,” “Action Coordination” and “Mobilisation Montréal.” Postings on their Facebook pages included maps and plans to bus protesters in from outside the city.

Some of the protest’s lead organizers have extensive links to online communities that revolve around conspiracy theories and the far-right. 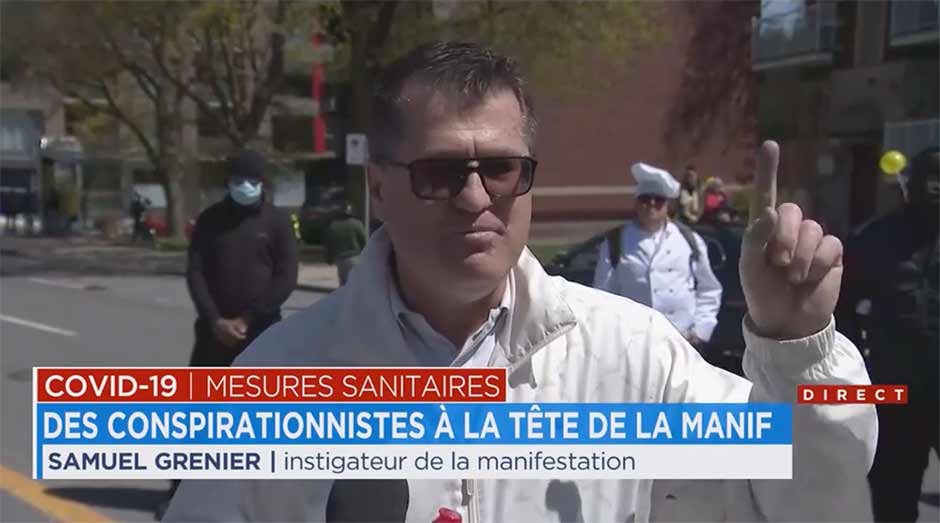 One lead organizer, Samuel Grenier, is a prolific vlogger who downplays the dangers of COVID-19 and rails against face masks. Grenier also helps promote Eric Duhaime, a far-right figure and former Rebel Media personality who recently took over as leader of the Conservative Party of Quebec.

Daniel Pilon, another main organizer, is a prominent Québec conspiracy theorist who previously made headlines in connection to claims that Microsoft’s Bill Gates is using COVID-19 vaccines to implant microchips into peoples’ bodies and plans to control them remotely using 5G signals.

According to the Canadian Press, Pilon denied the groups’ goal was to block access to the vaccination site, however, the group’s promotional materials identify the Olympic Stadium as the main target of the protest. 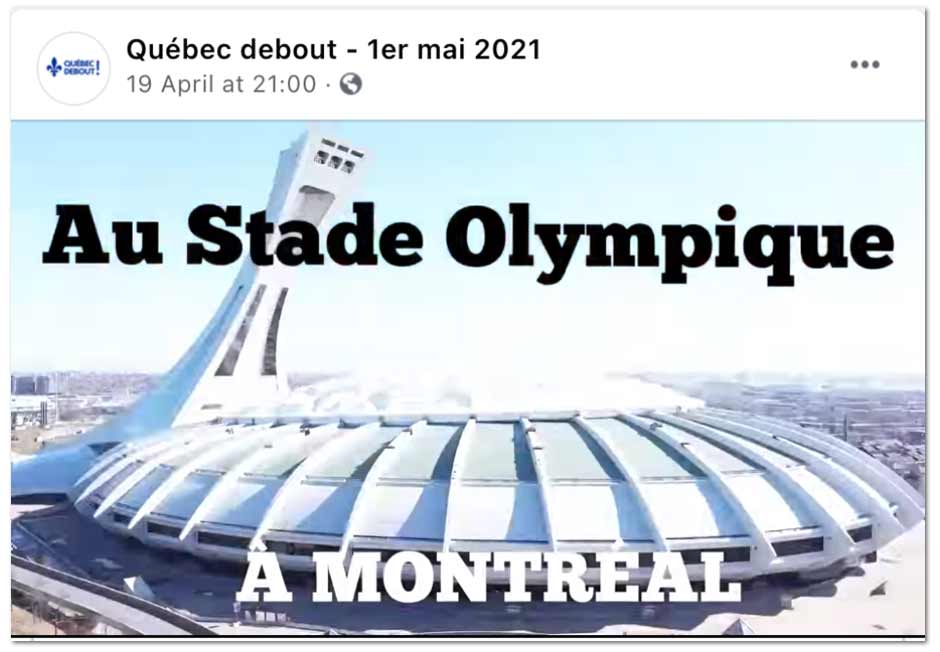 QAnon followers turnout: Also spotted at the protest were numerous signs and shirts referencing QAnon — something that may not be surprising given organizers reportedly used QAnon slogans to promote the event.

QAnon is a delusional online community that believes Donald Trump is waging a heroic battle against a cabal of Satanic pedophiles. Despite mounting evidence that the man behind QAnon is not who he claims to be, it has nonetheless radicalized thousands and helped incite the violent US Capitol insurrection earlier this year.

Nice to see the Q people are still out #trusttheplan https://t.co/vu8wnTVd0d

Maxime Bernier denounces “fake news”: Another person making an appearance at the event was People’s Party leader Maxime Bernier, who had been helping promote the protest outside the vaccination site to his nearly 100,000 Facebook followers.

During the protest, Bernier appeared in a lengthy livestream with Pilon, the conspiracy theorist who believes COVID-19 vaccines will allow Bill Gates take over people’s bodies using a remote control. 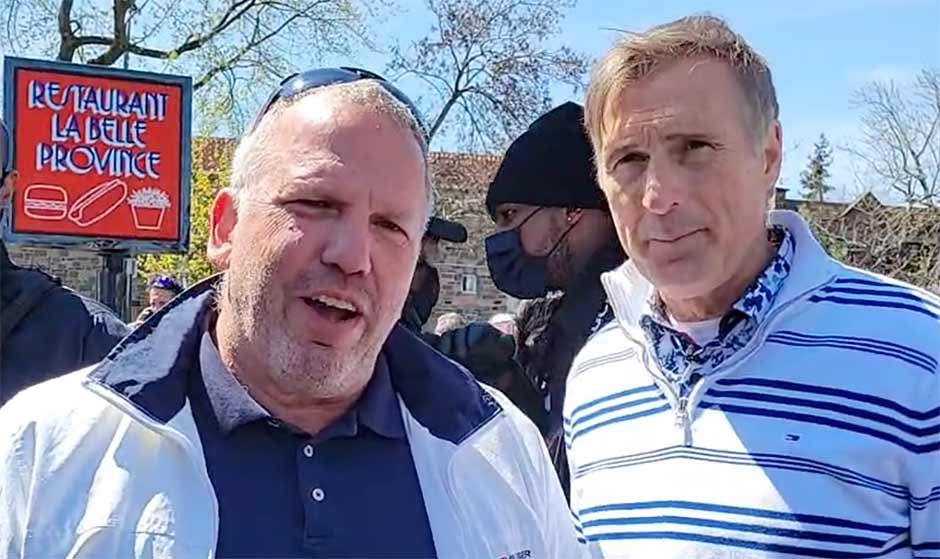 Following the event, Bernier lashed out on Twitter, singling out CTV Montréal as “pure bullshit.”

This is pure bullshit from the lying mainstream media. The demonstration was publicized weeks ago, nothing was disrupted, the regional health care center simply decided to reschedule some vaccination appointments. DON’T BELIEVE THE FAKE NEWS! @CTVMontreal https://t.co/zi8uKF2Vnl