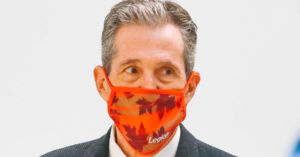 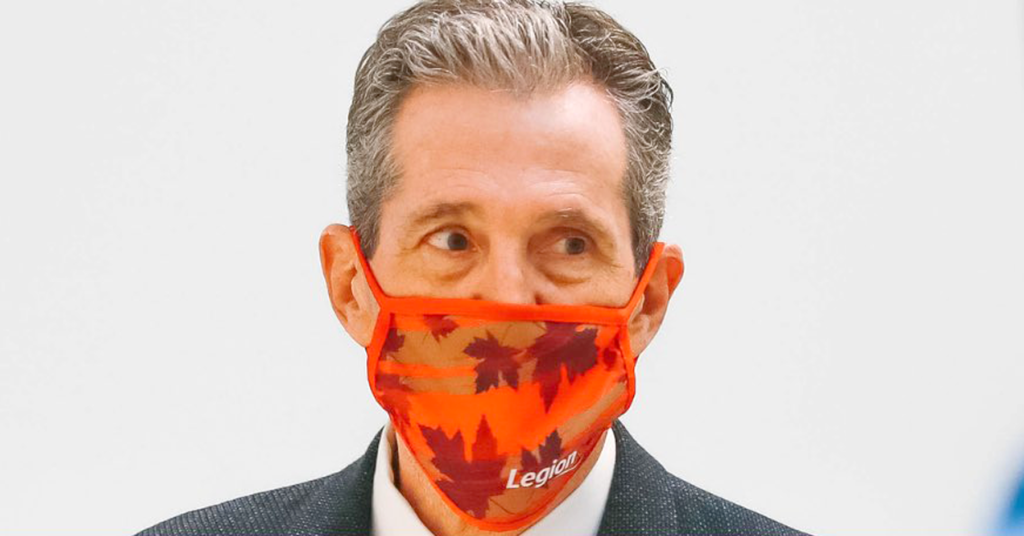 Four-in-five Manitobans say they are overall ‘dissatisfied’ with Pallister

A string of polls throughout the last six months from have consistently ranked Manitoba’s premier among the least popular in Canada.

Most recently, a whopping 81% of Manitobans said they were overall “dissatisfied” with Pallister’s handling of the COVID-19 pandemic, leaving only 19% “somewhat satisfied,” according to a Leger poll released last week.

Even more noteworthy is the lack of enthusiasm for Pallister, the only Canadian premier for whom 0% of respondents indicated they were “very satisfied” with his COVID-19 measures, ranking even further below Ontario’s Doug Ford (6%) and Alberta’s Jason Kenney (8%). 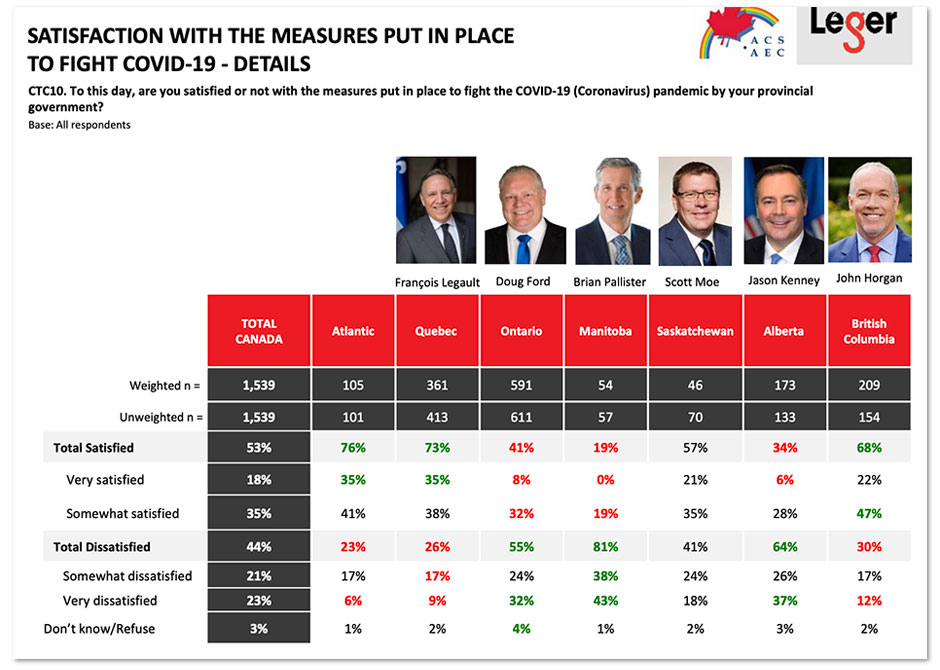 Manitoba was the worst COVID hotspot in North America in May. Manitoba’s rate of COVID-19 infections was triple the national average and the highest per capita in North America, leading the New York Times to take note of Pallister’s handling of the emergency:

“Perhaps more than other premiers that we’ve had in this province and other premiers in other provinces, the premier is the decider,” Agnes Welch, a principal at Probe Research, told the New York Times. “The common wisdom now is that he is very much a one-man show.”

Bad polling piling up for Pallister and the Manitoba PCs. Pallister was Canada’s second most unpopular premier in March and June with 36% and 33% approval, according to Angus Reid, alongside Ford and Kenney.

Two thirds of Manitobans strongly disapproved of Pallister’s leadership in April, according to a Probe Research poll – including one third of respondents who had previously voted for Pallister’s PCs.

Pallister was also Canada’s most unpopular premier in December 2020, according to Angus Reid. Pallister had botched planning for the second wave, which became one of the worst in Canada.

Will Pallister seek another term? Pallister’s unpopularity has already led him to hint he may not seek a third term, but will see the COVID-19 pandemic through. According to these polls, Manitobans may want him gone much sooner.