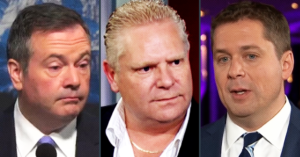 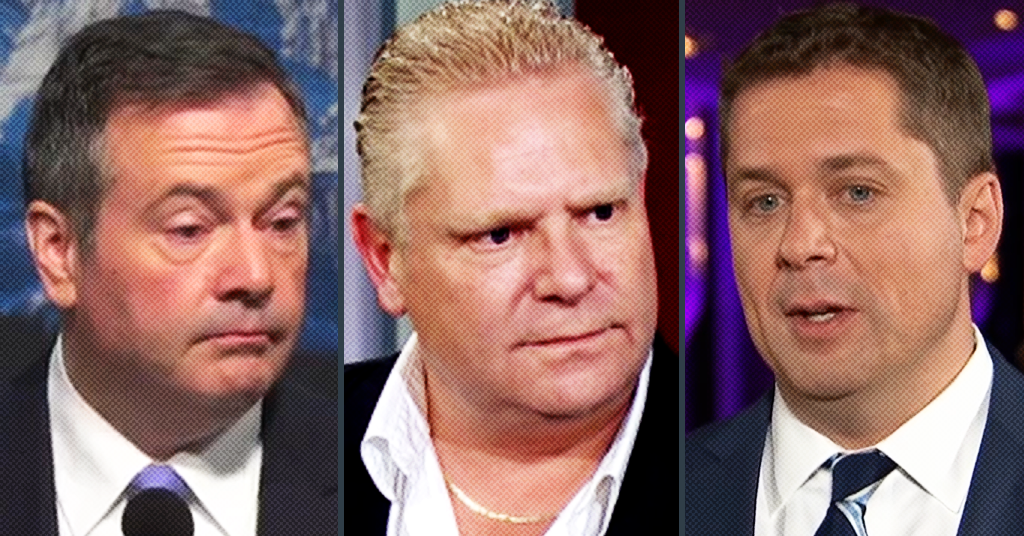 Doug Ford is Mad at Jason Kenney and Andrew Scheer For Making Him Look Like a Bad Premier: Report

The Premier of Ontario feels betrayed by his two best friends

Sources familiar with Ford’s thinking say he feels double-crossed by Scheer, who won’t invite the deeply unpopular Premier out to campaign for him, even though Ford bent over backwards promoting the federal leader in the past.

Meanwhile, Ford thinks Kenney made him look bad and showed poor etiquette by flying-in from Alberta to campaign in the area he likes to call ‘Ford Nation’.

NEW: Premier Doug Ford not happy with @JustinTrudeau using his name in vain and almost as ticked with @AndrewScheer for treating him like he who shall not be named. And Ford isn’t thrilled @jkenney was politicking in his backyard. #onpoli #elxn43 https://t.co/aM7uStA9GI

Betrayed and belittled: “Four Ford loyalists, speaking confidentially in order to discuss internal conversations, said the premier feels slighted by Scheer, who he invited to be the keynote speaker at the Ontario PC convention last November.

‘He looks like the black sheep sitting in the corner simply because Scheer doesn’t want to make the narrative about Ford’, said one insider …

A third confided the premier was galled that Kenney, who he campaigned for before the last Alberta election, was stealing his thunder in his backyard’.”

The back story: Last week, the federal Conservatives parachuted Kenney into Ontario to help give Scheer’s campaign a boost. After the Conservative leader was widely seen to have bombed the French debates owing to his evasive positions on abortion, Scheer’s path to victory is much more difficult without seats in Ontario.

Meanwhile, Ford is one of the most unpopular premiers in Canada.

What people are saying :

Doug Ford’s response: The Premier’s Office did not respond to a request for comment from PressProgress.