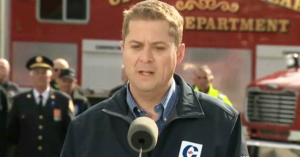 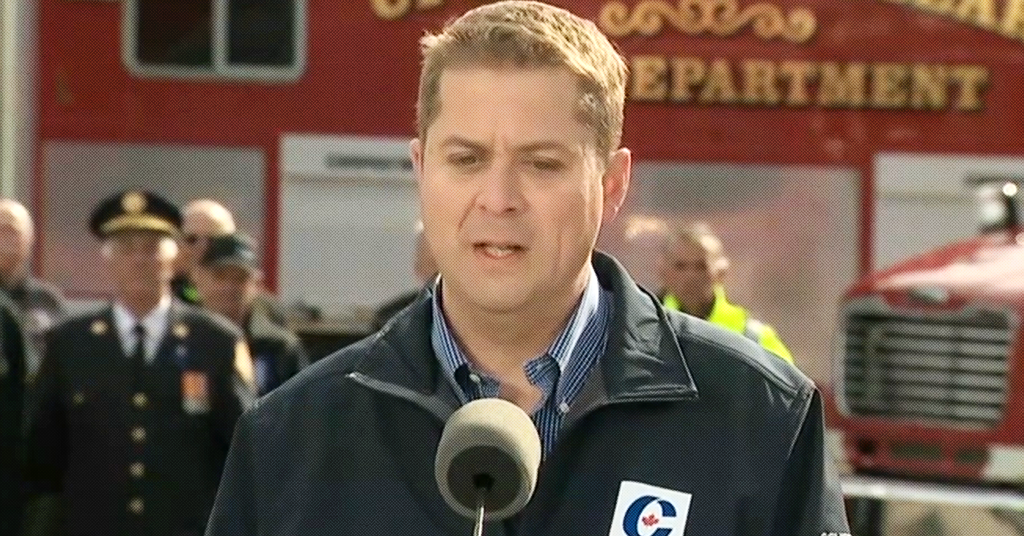 Andrew Scheer Was Asked To Name One Policy That Shows He Supports Women’s Rights. He Couldn’t Name Any.

After claiming he had hit a “home run” following this week’s French leaders’ debate, Conservative leader Andrew Scheer swung and missed when a reporter tossed a softball question his way.

One generous reporter decided to cut Scheer some slack and ask an easy question:  “Can you point to a single policy in your platform that you believe shows that you do support women’s rights?”

Apparently that was a tricky question for Scheer.

“All our policies are centred around treating all Canadians equally and supporting the rights of women,” Scheer said, without naming one policy.

“We will continue to make sure that women are treated fairly and equally in this country and that their rights are always protected.”

Scheer’s weak performance at the French debate was widely panned in Quebec, with even the local right-wing tabloids mocking Scheer’s “rough night.”

Scheer was repeatedly hammered over his evasive answers to questions on abortion and his support for women’s rights — at one point Scheer refused to answer direct questions about whether or not he’s pro-choice.

On Thursday, Scheer told reporters he is “personally pro-life” but would not reopen the abortion debate, a statement would be at odds with promises he made to the anti-abortion groups that supported his leadership bid when he was running for Conservative leader in 2017.

“I’ve always voted in favour of pro-life legislation,” Scheer said at the time. “I can assure you that I support the right of individual MPs to speak out and bring, introduce matters that are important to them.”