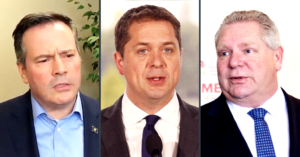 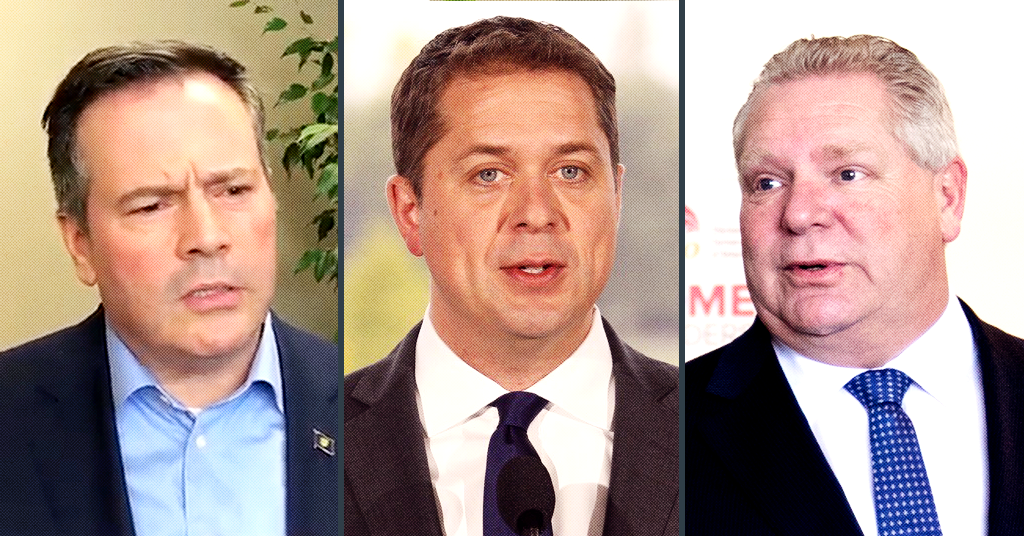 Andrew Scheer is parachuting the Premier of Alberta into Ontario

According to Postmedia, Alberta Premier Jason Kenney is going to duck out on his responsibilities back home and head to Ontario to campaign for Conservative leader Andrew Scheer.

Asking another province’s premier to help campaign in Ontario is unusual for a few reasons, most notably because the province already has a conservative premier: Doug Ford.

Kenney’s whistle-stop tour of Toronto: “Kenney is planning to appear alongside various local Conservative candidates — details aren’t finalized — to buff up support in crucial ridings … He will appear at 16 events over the course of the weekend.”

Alberta Premier @jkenney is expected to roll through the GTA this weekend on a whistle-stop tour of key north Toronto and suburban ridings #cdnpoli https://t.co/l3Ku8WRkCA

But will anyone in Ontario care about Kenney? “Will he be viewed now differently within communities he cultivated in years past? And perhaps more importantly, by voters who aren’t the target of his private fundraisers and events, and might be rankled by his fly-in work?” Macleans’ Jason Markusoff asked earlier this year.

Where in the world is Doug Ford? After he was booed by tens of thousands of people at the Toronto Raptors victory parade, Ontario’s Premier has been laying low taking a 5-month long summer break, presumably so he doesn’t cause a distraction for Scheer during the federal election.

In the mean time, Ford has been spotted only sporadically in public, typically at small town community events, such as the Bradford Carrot Festival.

Thank you @fordnation for showing your support to our agricultural sector at #CarrotFest? in Bradford. I’m proud to represent one of the largest carrot producing regions in Canada! pic.twitter.com/HEITeSrsWL