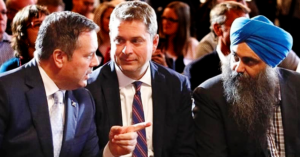 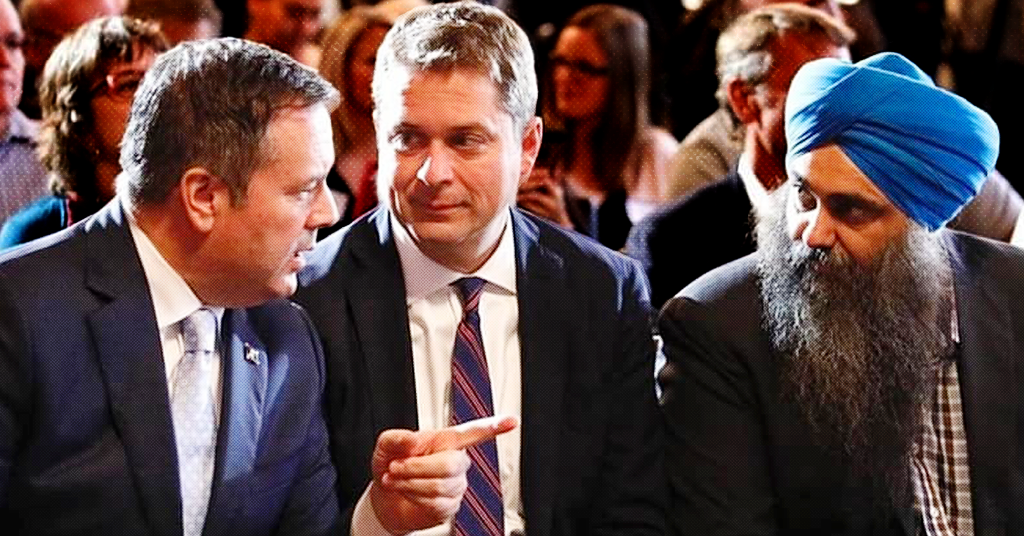 Talk about being in the wrong place at the wrong time.

According to new reporting by CBC News’ Drew Anderson, Conservative candidate Tim Uppal was spotted at an in-person voting location that was allegedly used to cast fake votes for Jason Kenney during the 2017 UCP leadership vote.

He says he just “dropped by” to say hi — nothing more than that.

Background: In February, PressProgress was first to report on bombshell allegations contained in a letter to the RCMP from a former UCP MLA.

The letter accuses Kenney’s team of orchestrating an “identity fraud” scheme that involved in-person voting locations (“Kenney kiosks”) to cast fake votes for Kenney during the UCP’s 3-day voting period between October 26-28 in 2017.

A source told CBC News: “He would pass the PINs to Tim Uppal, a former Conservative MP who played a key role on Kenney’s campaign. Uppal shared the PINs in turn with volunteers who used them to cast votes for Kenney.”

“There was two or three guys with a computer. If somebody was getting a PIN, they were giving to one of these guys, or Tim Uppal … then they were voting by themselves.”

Another detail: Two sources told CBC News “Uppal (was) one of the people in charge of the Kenney voting operation” at Ellerslie Road.

And here is the photo of Tim Uppal : On October 26, 2017 — the first day of voting for the UCP leadership — Uppal appeared in a photo at the “Kenney kiosk” location at a suburban strip mall on Ellerslie Road in suburban Edmonton. 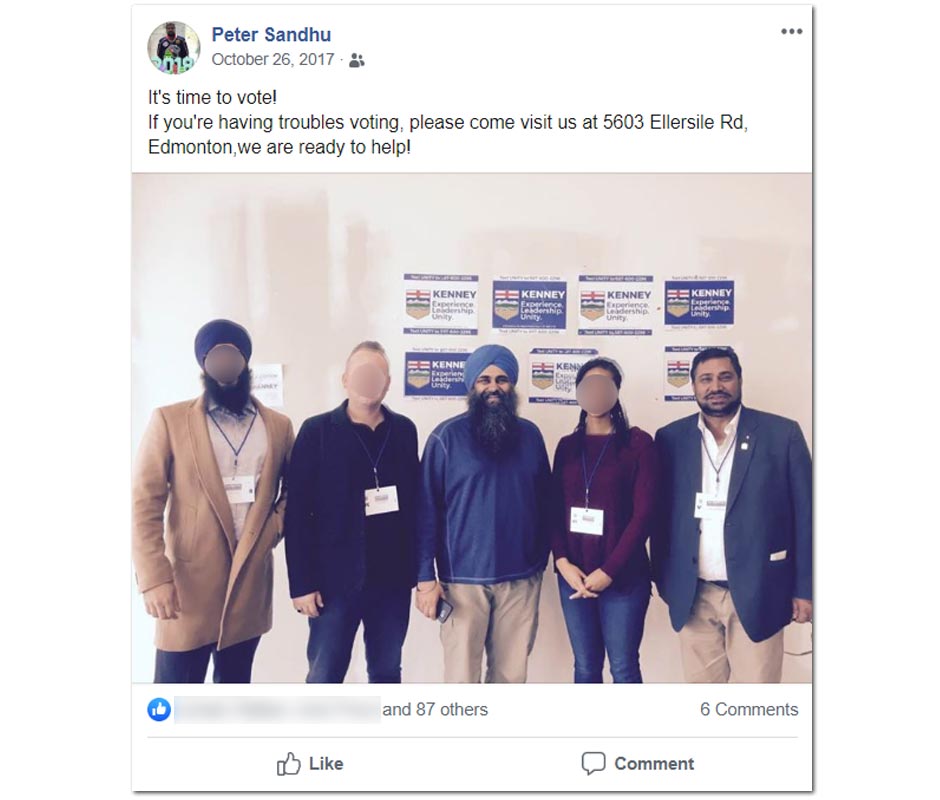 Uppal’s explanation: “Mr. Uppal dropped by just like a number of other people did,” (Conservative Party of Canada spokesperson) Mathew Clancy told CBC News. “Again, Mr. Uppal had no role in setting up or operating any so-called voter kiosk.”

What the heck is a Kenney kiosk? Kenney’s leadership campaign set-up computer terminals at several in-person locations around Alberta where, the letter alleges, “fraudulent e-mail addresses were accessed and the credentials were used to vote.”

The UCP rules explicitly stated there would be “no UCP-organized in-person voting locations” and, in fact, leadership rival Brian Jean later clarified Kenney’s team was the only one to set-up such “kiosks” during the UCP leadership race.

Reminder: Uppal confirmed he spoke to the RCMP this summer about their investigation into the UCP leadership vote. At the time, Uppal said he “was not the subject of the meeting” and insisted he “did not operate any ‘voter kiosk’.”

No comment: Uppal’s campaign did not respond to questions from PressProgress asking if he disputed any details or had any additional information to add to the allegations contained in CBC News’ reporting.