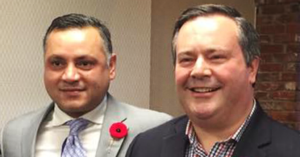 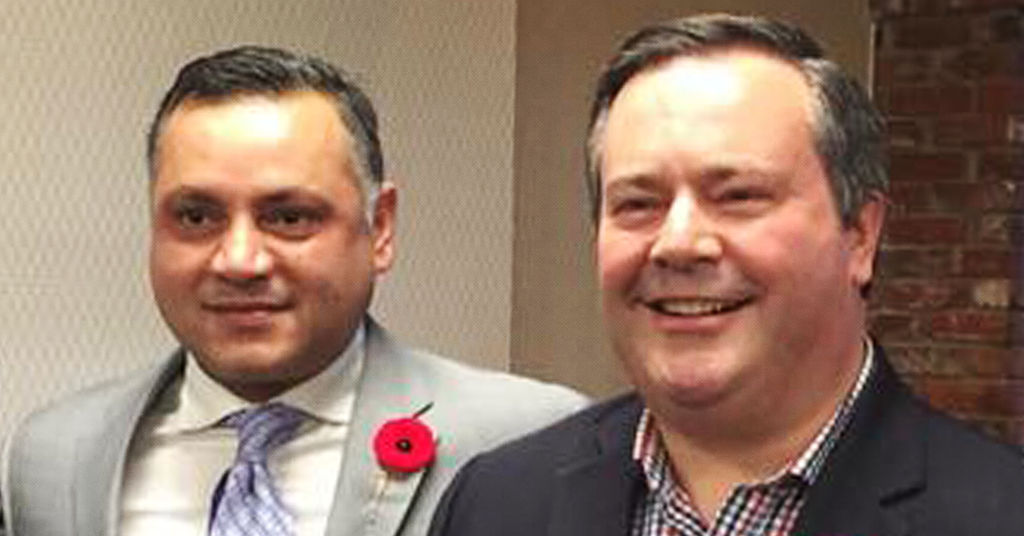 In a letter newly obtained by PressProgress, independent MLA Prab Gill tells the commanding officer of the RCMP in Alberta that he believes “election laws may have been broken and that the criminal code was broken by members of the Jason Kenney UCP leadership campaign.”

“I am prepared to cooperate in the investigation,” the sitting MLA states in his letter detailing what he describes as an elaborate “identity fraud” scheme.

“Possibly thousands of individuals were impacted.”

Prab Gill’s letter to the RCMP

Gill tells the RCMP the alleged scheme involved Kenney’s campaign “signing up” supporters and collecting IDs, but adding “fraudulent e-mail addresses” to their membership applications – meaning when it was time to vote, “voting passwords were not sent to them” but to Kenney’s team instead.

“It seems that possibly thousands of memberships ‘sold’ by the Jason Kenney UCP leadership campaign had fraudulent e-mail addresses added onto the membership application,” Gill tells the RCMP. 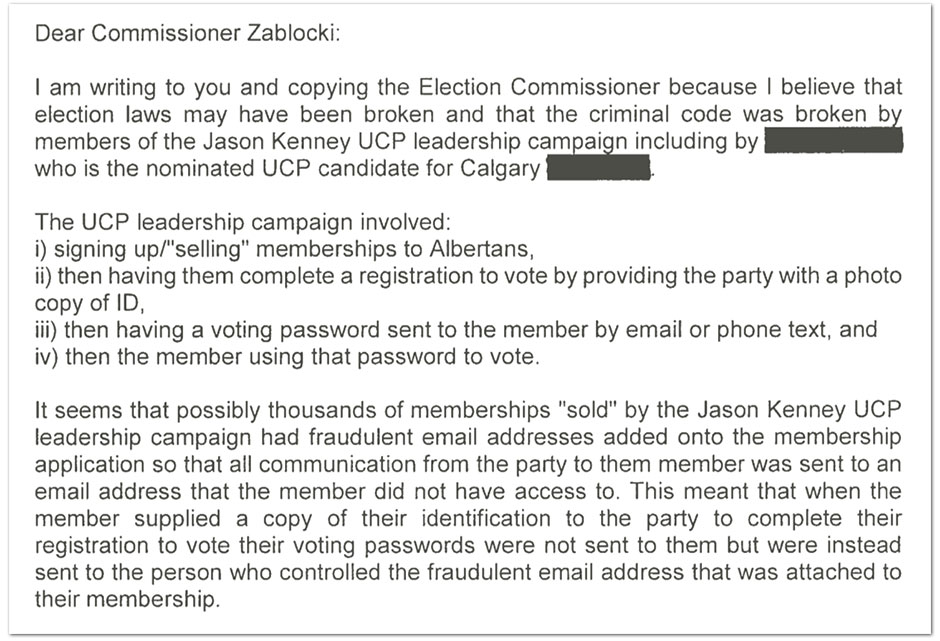 Letter from Prab Gill to the RCMP

The RCMP is informed Gill has “personal information about a small group of Kenney volunteers,” including a Calgary-area UCP candidate, whom he alleges cast fake votes at a “Kenney Voting Kiosk” set-up in an empty warehouse.

“I was told that there were similar other kiosks in other parts of Alberta,” Gill alleges to the RCMP, adding that “fraudulent e-mails were accessed and the credentials used to vote” by Kenney’s team at these locations.

“This happened on three days that voting was opened.” 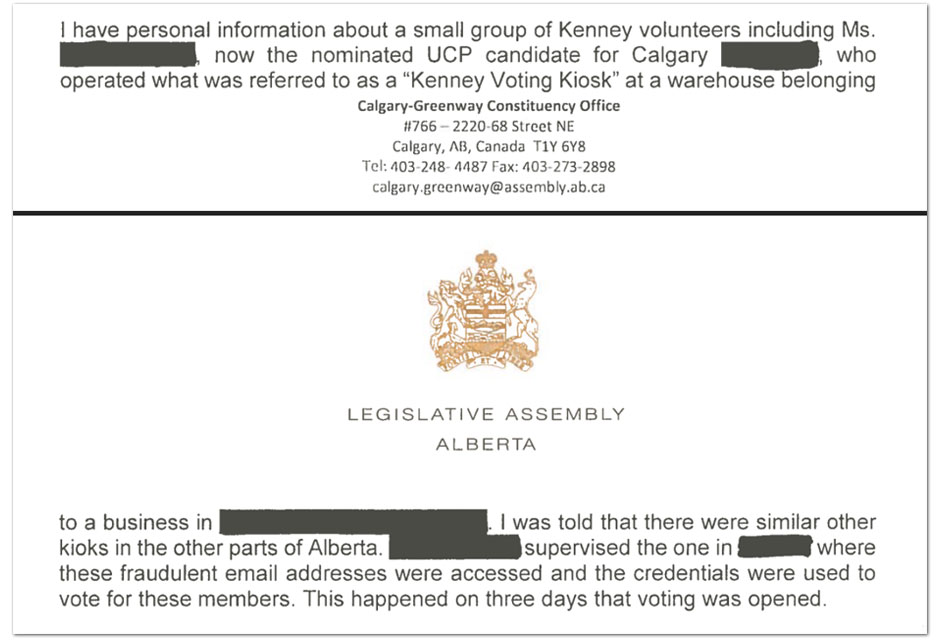 Letter from Prab Gill to the RCMP

Gill also alleges to the RCMP he was “approached by another Kenney volunteer” who “came to my constituency office with a short list of member’s passwords and asked me to vote for them and I refused to do so.”

“At the time, I thought this was only cheating and dirty politics,” the former UCP MLA tells the RCMP. “Since then I have learned that it may be a violation of the identity fraud section of the criminal code.”

“I believe that the creation of fake e-mail addresses to intercept the communication of another person so that Jason Kenney can steal someone’s vote fits the details and intent of the law.”

Our membership is probably in the range of ten times larger than all other Alberta parties combined.

Kenney is known to boast about the size of his party, frequently declaring he has  “the largest membership of any provincial party in Canada.”

But in his letter to the RCMP, Gill suggests the “very high” numbers Kenney often brags about may not be all that they seem on the surface:

“The UCP reported 95% of registered voters voted (in the UCP leadership race). Yet those of us in politics keep hearing from people who say they never got their voting credentials and could not vote. I have to wonder if that very high voter participation number and the complaints about not getting voting passwords was the result of passwords getting intercepted. I believe that this type of corruption is damaging to our democracy and to Alberta.”

A spokesperson for the RCMP’s K-Division confirmed Wednesday that the Mounties are currently looking into the allegations about Kenney’s leadership team, but said they are conferring with Elections Alberta about pursuing an investigation.

“We can confirm that we did receive the letter and are in contact with Elections Alberta,” K-Division spokesperson Fraser Logan told PressProgress.

Gill also confirmed the authenticity of the letter to PressProgress and added the Office of the Alberta Elections Commissioner acknowledged receiving his letter too.

Investigators working for the Office of the Alberta Election Commissioner have already questioned a number of donors about “irregular financial contributions,”  including suspicious donations made by former federal Conservative staffers.

On Tuesday, Kenney denied allegations he helped organize or fund the scheme.

UCP officials did not respond to multiple requests for comment from PressProgress  on the allegations Gill shared with the RCMP.