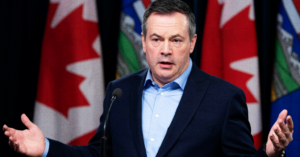 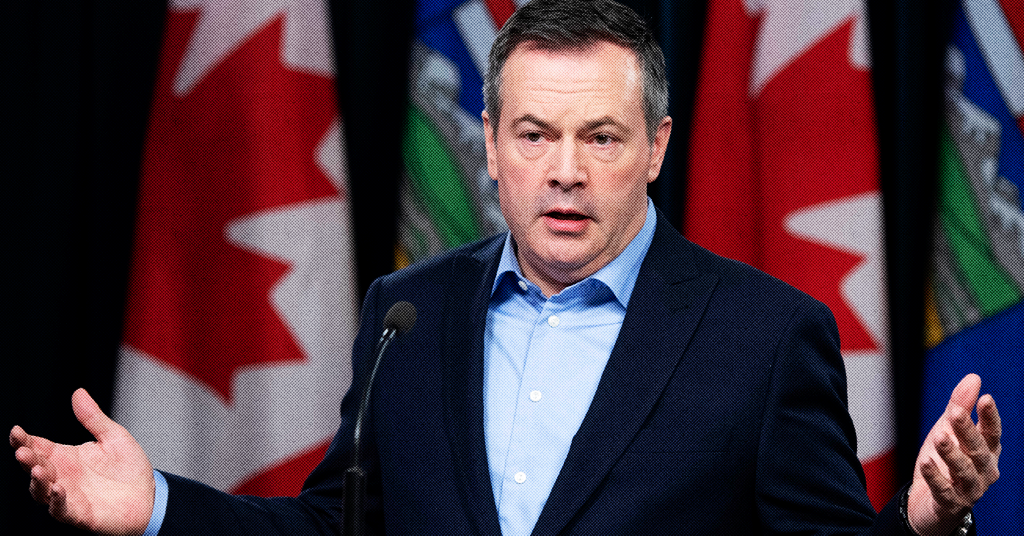 The Canadian Energy Centre, which was billed by Alberta Premier Jason Kenney as a $30 million “war room” to fight environmentalists, says it is re-drawing its logo after discovering the logo was already trademarked.

“The CEC has already begun work to update its visual identity and a new logo is forthcoming.”

Semmens explained that the decision to change the logo only eight days after the energy war room launched on December 11 came after “learning that the icon in the logo is being used by another company.”

Energy war room CEO Tom Olsen, who is a failed UCP candidate, characterized the look-a-like logo as a simple “mistake.”

Why did the Canadian Energy Centre nick the logo of British Software company Progress? $30 million and they couldn’t do a trademark search? #ableg #abpoli @ProgressSW @CDNEnergyCentre

According to records filed with the United States Patent and Trademark Office, Progress Software filed a trademark application for its logo in 2015.

The software company describes its logo as an “upward arrow composed of transforming 3-D boxes.”

A Progress Software spokesperson confirmed to PressProgress that the company had “been made aware” of the energy war room’s use of its trademark and said they were in the process of “looking into it.”

Following the energy war room’s announcement, the company said they were “not providing any further comment” at this time.

In his statement, Semmens indicated that the energy war room had hired a boutique marketing agency called Lead & Anchor to design its branding.

“The icon was produced for the CEC by marketing agency Lead & Anchor,” Semmens said, adding the energy war room is now “working with the agency to determine how this situation occurred.”

Semmens said the agency was “chosen from nine respondents to a post on Communo, a Calgary-based company that operates a network of vetted marketing and communications agencies.”

Representatives from Lead & Anchor did not immediately respond to a request for comment from PressProgress.

The energy war room offered no response when asked if records relating to their marketing materials are also exempt from Freedom of Information laws — earlier this year, the Kenney government set-up the war room as a provincial government corporation, a move that exempts it from normal transparency rules.

Earlier this week, CEC CEO Tom Olsen argued his energy war room needs to be shielded from Freedom of Information requests because normal transparency rules could help “people who want us to fail.”