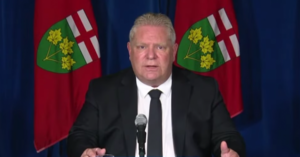 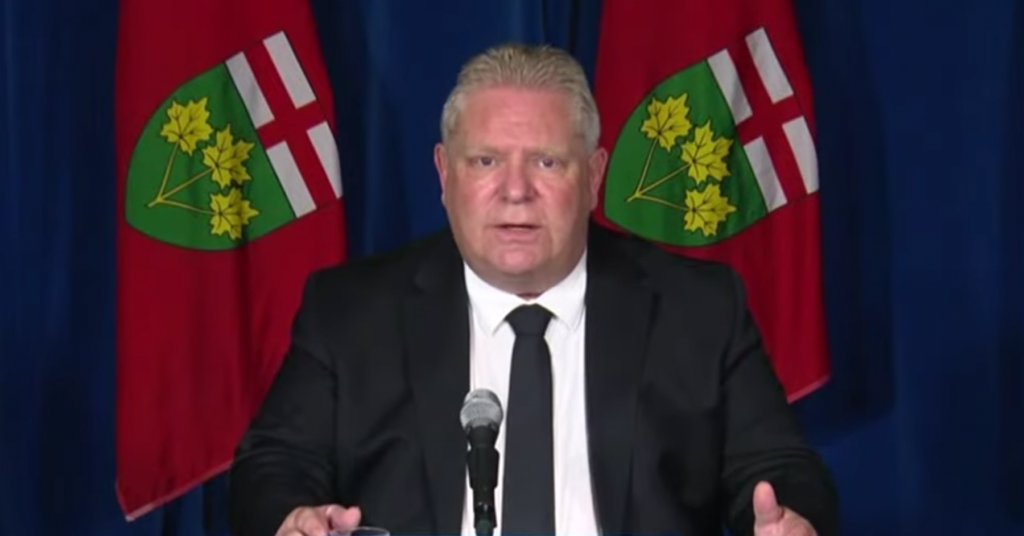 Ontario Premier Doug Ford is ignoring the advice of public health experts and opting instead to give police in Ontario draconian new powers to stop and interrogate anyone who leaves their home at any time of day.

During a press conference late Friday afternoon, the province announced a number of new measures to control the spread of COVID-19 in Ontario, including setting-up border checkpoints in along Ontario’s borders with Manitoba and Quebec, banning all outdoor gatherings and shutting down playgrounds.

The new measures do not include paid sick days but instead give police dramatic, and potentially unconstitutional powers, to interrogate anyone found outside their home and compel them to disclose their name, address and other information.

Ontario Police now have the authority to require any individual not at home, on the street or in their cars, to provide the reason that they’re out and provide their home address.

Arbitrary police powers: Ontario’s Solicitor General Sylvia Jones said the province is giving police the the power to stop and question anyone found outside their home, pedestrians and car drivers alike, at any time of day:

“We have made the deliberate decision to temporarily enhance police officers authority for the duration of the stay at home order. Moving forward, police will have the authority to require any individual who is not in a place of residence to first provide the purpose for not being at home and provide their home address.”

“Police will also have the authority to stop a vehicle to inquire about an individual’s reason for leaving their residence.”

Essential workers most likely to be stopped by police: The Canadian Civil Liberties Association is warning the Ontario government is “risking a rash of racial profiling and overboard police powers.”

Ford’s expansion of police powers would put essential workers — particularly racialized workers and recent immigrants — most at risk of being questioned by police as they must travel outside their homes for work purposes.

Enhanced restrictions may be needed in Ontario, but we must be cautious of more policing.

Low-income racialized people (many are essential workers) have a history of being over-policed. They’ve also been hardest hit by #COVID19.

We can’t police our way out of this pandemic.

Last week, Ford said anyone calling for paid sick days is “totally irresponsible” and “doing a disservice to the people that they’re telling this to.”

The Canadian Medical Association is calling for ‘unprecedented measures’ as COVID-19 cases surge in many provinces. They include sharing health-care resources across provincial borders and re-prioritizing vaccine distribution to focus on areas of urgent need. News release: pic.twitter.com/Vs9OhO2iKa