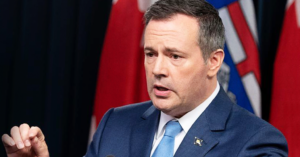 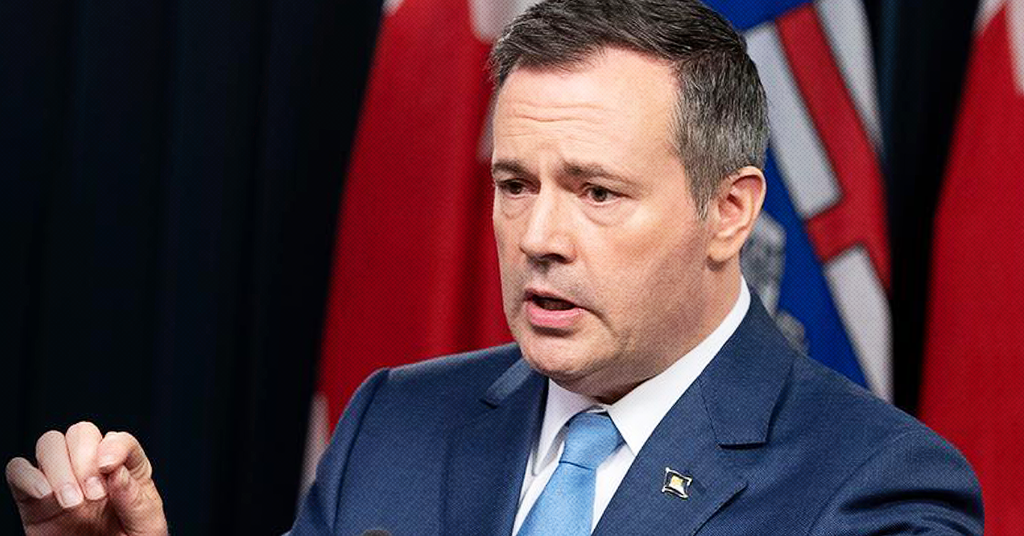 ‘This is a Cover-Up’: Jason Kenney Faces Blowback After Moving to Fire Investigator Investigating Kenney’s Party

Alberta Premier Jason Kenney is sparking accusations from expert observers that he’s interfering in an open investigation after Kenney’s UCP government moved to ram through legislation that will shut down Alberta’s independent Office of the Election Commissioner and fire a man investigating Kenney’s leadership win.

Commissioner Lorne Gibson, whose job is set to be terminated, was investigating an elaborate illegal donation scheme during the 2017 UCP leadership race involving the campaign of Jeff Callaway, also known as Kenney’s “kamikaze” candidate.

Breaking news: Alberta’s United Conservative government is firing the province’s election commissioner, who has spent much of the past year investigating the party’s 2017 leadership race, including allegations that involve Premier Jason Kenney #ableg #abpoli

$200,000 in fines: To date, Alberta’s Election Commissioner has issued $207,223 in fines to dozens of people linked to Callaway’s campaign, many of whom were found to have laundered donations to Callaway using money provided by someone else.

Earlier this month, UCP donor Robyn Lore was slapped with $25,000 in fines over the transfer of $60,000 from a company called Agropyron Enterprises Ltd. to Callaway’s leadership campaign manager.

The “kamikaze” candidate: First reported by PressProgress in December 2018, the so-called “kamikaze” campaign refers to an alleged scheme to recruit Callaway for the sole purpose of attacking Kenney’s main rival, Brian Jean.

Happy Mann, who was hit with fines over illegal donations to Callaway’s campaign, has alleged he was at meetings with Kenney and Callaway discussing the kamikaze plan. Former UCP MLA Derek Fildebrandt has also alleged Kenney personally tried to recruit him to play the same “kamikaze” role months earlier.

According to The Globe and Mail, leaked e-mails later showed top Kenney staffers had been providing “speaking notes, message planning, graphics and videos” to Callaway’s campaign.

Just cutting red tape: Kenney’s government says the move to get rid of the person investigating the UCP leadership campaign is simply a cost-saving measure.

“This is about ensuring the most efficient operation of government,” Finance Minister Travis Toews told CBC News.

What people are saying

The UCP is denying allegations of political interference, as the government moves to fire the election commissioner. @DuaneBratt has a lot to say about that. He’s up on @CBCCalgary TV News at 6.#abpoli pic.twitter.com/M6rh4ZDt0j

Melanee Thomas, University of Calgary professor: “At best, the optics re: firing the Election Commissioner investigating the premier/his party are really bad. So bad, in fact, that it’s very difficult to see this as just about optics.” [Twitter]

Don Braid, columnist: “This is a genuine gasping shocker that will be controversial in Alberta for a long time.” [Calgary Herald]

Keith Gerein, columnist: “When a government charges ahead with a move as seemingly brazen as this, it can indicate only one thing. Alberta is now being governed by those who have lost any fear of political fallout, a machine that has come to interpret its election mandate as a blank cheque to do whatever it wants, no matter the optics, the cost to accountability, or the threat to democracy itself.” [Edmonton Journal]

Jen Gerson, columnist: “It took 7 whole months for the UCP to start running government in the same way the old PC boys did.” [Twitter]

Charles Adler, Calgary radio host: “This is the behaviour someone engages in when they’re trying to cover things up. He can fire an investigator. He cannot fire the facts.” [Twitter]

Joe McFarland, Calgary radio host: “If you have nothing to hide, just let the investigation run its course. The optics on this are ridiculously bad … Looks like the (United Conservative Party) has something to hide.” [Twitter]

Tom Parkin, columnist: “Jason Kenny terminates the elections commissioner investigating his own leadership campaign irregularities. Jason Kenney wants to be trusted to set up a separate Alberta police force that will answer to him?” [Twitter]

Thomas Lukaszuk, former PC deputy Premier of Alberta: “Today, Alberta joined the ranks of rogue states, led by a strong man who acts is if he was above the law.” [Facebook]

Rachel Notley, former Premier of Alberta and current leader of NDP opposition: “This is corruption at its core.” [Globe and Mail]